The human respiratory system is composed of a set of organs and tissues that helps regulate breathing. Lungs cover the central portion of the respiratory system, but many muscles and blood vessels also play a significant role in the physiology of respiration.

The parts of the respiratory system (respiratory tract) are as follows: nose, larynx, pharynx, epiglottis, trachea, bronchi, bronchioles, alveoli, and lungs. The oxygen enters the body through the nose and mouth, penetrating the bloodstream following the respiratory tract. Oxygen is crucial in energy generation as it is responsible for the initiation of the breakdown of glucose. Each part of the pathway has a unique structure and function. Factors like differences in atmospheric pressure also affect pulmonary ventilation.

Educators often experience difficulty explaining the mechanisms of breathing due to the complex intricacies of the topic. This article introduces five practical solutions and strategies to make breathing/respiration/pulmonary ventilation more approachable.

The physiology of respiration is more detailed than it seems. The intricacies of this topic uncover as we discuss new aspects of the topic. It makes it challenging for educators and students to remain interested, which entitles pulmonary ventilation to be a tricky subject.

1. Boyle's law - the relationship between volume and pressure

The entry of oxygen-rich air into the lungs and expulsion of carbon dioxide-rich air works on Boyle’s law of gas principles. This law states that the volume will drop when the temperature is constant, and the pressure increases. In the same way, when the pressure decreases at a constant temperature, the volume of that gas will rise.

One of the key concepts of breathing is that the air will flow towards the lowest pressure if two compartments are connected. Two opposite processes (inhalation and exhalation) must occur to change the volume and pressure inside the lungs. The students feel dazed as they learn how different conditions affect the lungs.

At higher altitudes (lower atmospheric pressure), the volume of air that goes into the lungs contains fewer molecules of oxygen. To counter that, the body starts increasing the breathing rate and deepness to inhale an average amount of oxygen.

3. Use of instruments and complex calculations

Spirometry is a medical test used to assess the functioning of the lungs. For this test, the amount of air the patient inhales and exhales from a sitting position should be the same as a standing position as long as the patient sits up straight and with flat feet on the floor. 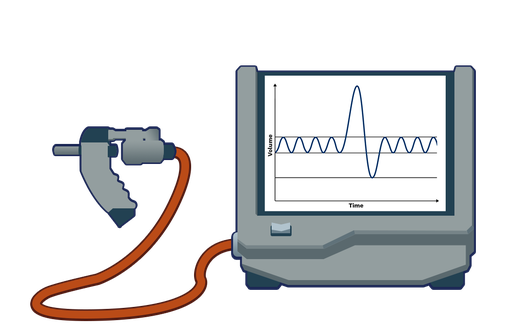 Lung volumes refer to the amount of air that is generally exchanged by our lungs, which can be calculated as information about a person's health. These values are different in males, females, and kids, and those used here (in the image below) as reference correspond to an average male. Some students find assessing these values difficult, making it a challenging and tricky topic. 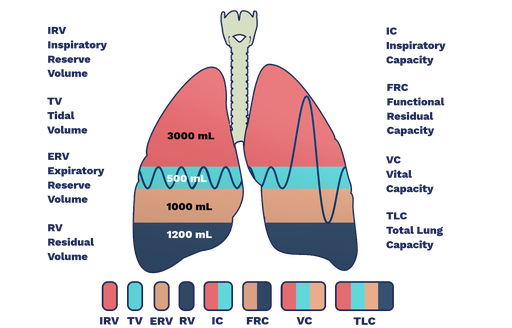 Learning about breathing could be as easy as it looks using the following ideas.

Students at the high school level are already familiar with the basic concept of the physiology of respiration; however, it is important to jog their memory before delving into new details. Brainstorming by asking simple questions effectively prepares students for demanding and advanced concepts. Some of the questions you could include in your lesson plan are as follows:

2. Introduce people behind the science

Breathing is the most fundamental process in all animals, with a captivating history of discovery. Educators could use the advantage of storytelling to make students more interested in learning pulmonary ventilation. Students feel more relatable and appreciative of the phenomenon when they get to know the people behind its discovery.

The tale of breathing dates back to ancient Greek medical schools filled with controversies and erring efforts. In The Greek school of thought (philosophical), Homer stated that man had two souls: one immortal, one living in the head known as psyche, while the other located in the chest and thymos. They believed that the second soul comes inside the body following the first breath and leaves it with the last breath.

Hippocrates (460-370 BC) founded a medical school where chest diseases and interventions were extensively taught. They were limited to clinical descriptions like periodic breathing due to controversies with human dissection. Back in the day, it was a common misconception that breathing is controlled by the heart. Empedocles (490-430 BC), a philosopher, poet, and physician, suggested that air enters and leaves our bodies through skin pores. He believed that air inhaled through the nose is not associated with breathing; instead, it only serves the purpose of cooling the body's internal heat. Plato (428-347 BC) also came up with an idea (circular model of breathing) somewhat similar to his peers. According to Plato, the heat inside the body forces the warm air out (from the nose and mouth), which makes space for the surrounding air to enter the body through skin pores. Then the inside air warms up again and escapes the body through pores while surrounding air enters back through the mouth and nose.

Aristotle (384-322 BC), a student of Plato, disagreed with previous theories and gave a better explanation (still incorrect). He proposed that the heat inside the body makes the lungs expand and fill with fresh air. The lungs then cool down, contract, and expel the warm air. The major drawbacks of his study were that he believed the diaphragm plays no role in breathing. Galen (129-201 AD) was a self-centered physician who studied dissected living pig models and detailed descriptions of the anatomical structures like the diaphragm, respiratory muscles, upper airways, and thoracic innervation.

By the end of the 13th century, human dissection in European medical schools became a common practice. Still, Greek science knowledge and Galen’s writings were corrupted due to repetitive copying. Leonardo da Vinci (1452-1519) did remarkable work and produced detailed drawings showing the branched bronchial, lungs, and respiratory muscles. He’s also the pioneer in introducing the fact of lung residual volume. Scientists like Ibn al-Nafis and Servetus contributed significantly to understanding pulmonary ventilation (difference from systemic circulation) in humans, but their efforts remained unnoticed. By the 17th century, Marcello Malpighi (1661) explained the anatomy of lungs (pulmonary alveoli and capillaries) using a compound microscope. However, the exact mechanics of air circulation through the body remained unclear.

Finally, John Mayow (1666), an assistant of Boyle, studied gaseous exchange in the lungs and surprisingly presented a complete explanation of breathing using an experiment with candles.

We can feel the movement of the chest, lung expansion, and relaxation, but students understand the mechanisms better with the help of working models. You could also encourage students to make a workingpulmonary ventilation model using balloons, straws, and water bottles.

Interactive worksheets or printables are always a good idea to make learning more approachable. The worksheets don't have to be straightforward and boring for students.

For instance, one way to teach the pathway of air or the physiology of the respiratory system is by using puzzles. The steps required in this activity are as follows: 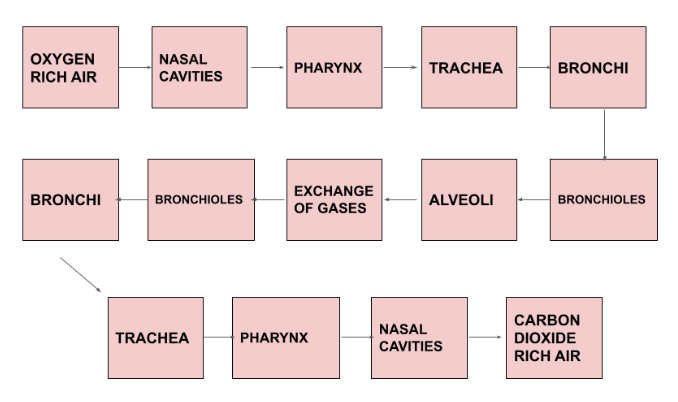 4. Make it stick with the wordplay

The interactive and fun ways we’ve discussed above help students understand the process concept, but they also need to memorize the scientific terms. Make it easy for your students to retain complex vocabulary or processes through storytelling. Research shows that our brains find it more convenient to remember stories and rhymes than direct information. Introduce the following phrases/stories to help students memorize and excel in exams.

A virtual laboratory simulation is a great way to teach muscle tissue: structure and function. At Labster, we're dedicated to delivering fully interactive advanced laboratory simulations that utilize gamification elements like storytelling and scoring systems inside an immersive and engaging 3D universe.

Check out Labster's simulations for Introduction to Pulmonary Ventilation: Process of respiration and physiology of the respiratory system Virtual Lab.  In the simulation, you’ll learn the different stages of pulmonary ventilation and calculate the amount of air our lungs manage with every breath.

One of the great things about being in a virtual lab is that you can use a very realistic and high-tech hologram to observe all the muscles and organs that play an essential role in breathing. Click on different buttons to choose between quiet breathing, inspiration, or expiration and experience how the lungs, diaphragm, and other muscles behave accordingly.