5 Ways to Make States of Matter an Approachable Topic

5 Ways to Make States of Matter an Approachable Topic

Everything from the surface of the Earth to the sky is made of matter. If you look around, you will see substances existing in different physical states.

On Earth’s surface, matter only exists as solids, liquids, and gases. Whereas, there is a fourth state called plasma, which occurs in space and stars.

The interesting thing about states of matter is that they are interchangeable i.e. a solid substance can be converted into liquid or a liquid into gas, and vice versa. This phenomenon is known as Phase Change.

A solid can be turned into liquid by heating. This process is commonly known as melting. To melt a substance, we heat it i.e. increase its temperature. Temperature raises the kinetic energy of atoms; they vibrate and as a result, their bonds break, which turns them into liquids. A common example is the melting of ice.

The opposite of melting is freezing. In this case, the heat is removed from a substance. As a result, its phase changes from liquid to solid. Freezing water changes it into ice.

Similarly, when liquids are heated, they change to gas, this process is known as vaporization. The reverse process is condensation, in which, the gases are turned into liquids on cooling.

In some cases, solids objects directly change into gases, skipping the liquid portion. This process is called sublimation. For instance, dry ice changes into carbon dioxide when exposed to air.

The study of matter and its physical states is the base of whole chemistry. So, it is an important concept for students. It is one of the initial topics you will have to teach if you are teaching an introductory science or chemistry course. 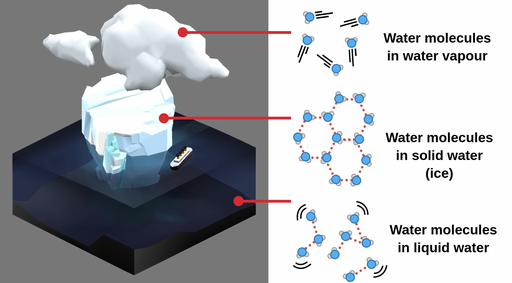 However, some students may find it hard to take interest in this content. Read on to learn five ways how you can make states of matter an approachable topic.

Why the study of States of Matter can be Tricky for students?

States of Matter is a basic concept. Most of the students find it quite easy to understand. However, some may find it hard mainly due to the following three reasons:

2. Plasma can be hard to define

Since we all are surrounded by the three common states of matter i.e. solid, liquid, and gas. It is quite easy for students to identify these states and distinguish between them. However, students have never encountered the fourth state of matter, plasma.

So, whenever you define plasma, they can’t relate to it in real life. They have a hard time understanding it. Moreover, the nature of this state of matter is complex; even teachers find it hard to explain it to students.

Explaining the states of matter doesn’t mean naming these states and moving on. The scope of this topic is huge. First, you explain the states, and how atoms are arranged in each state. Then, you explain the unique characteristics of each state, and how one state of matter changes into another. This makes it a little lengthy topic.

5 Ways to Get Students Energized about the States of Matter

Here’s a list of five techniques to get students energized about the States of Matter interestingly.

1. Mention Some Interesting Facts about the States of Matter

As an educator, your job is to make the content as interesting as possible. There is a perception among students that chemistry is a dry and boring subject. That is said rightly so since most teachers stick to the textbooks and explain the text mentioned. However, students are looking for something interesting, something unique that excites them to learn about the subject.

One way is to tell a story surrounding the core concepts. Another way is to state some interesting facts. For instance, you can mention the following facts about states to students.

2. Use Animations to Explain Each State of Matter

It has been observed that students learn more when they see something visually.  You can show students states of matter with their corresponding examples. However, you cannot show what’s inside them; how atoms and molecules are arranged inside.

Since this observation is microscopic in nature, the only way to show the internals is through animations. 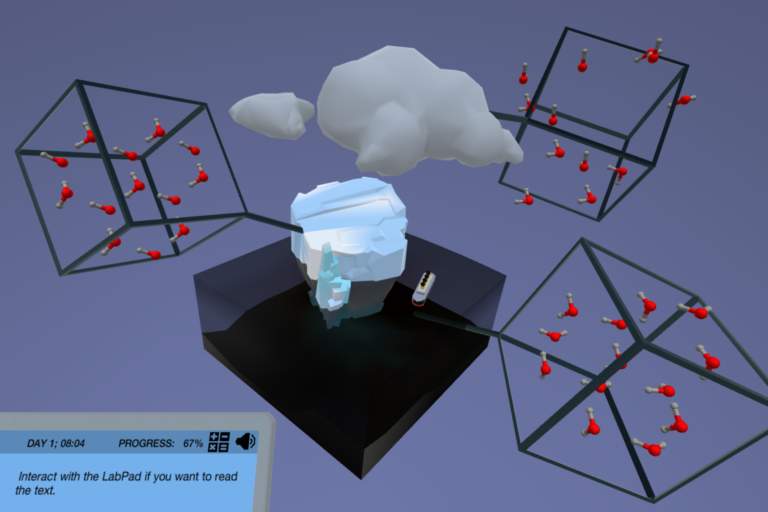 With animations, you can show them how atoms are arranged and how they move around when temperature increases. They can visually see how is the internal structure of solids different from gases and liquids. Are they any spaces in between atoms?

When students see the structure, it helps them to identify the main characteristics of each state of matter. And you can easily quote them why this state shows that particular behavior.

All states of matter are everywhere around us; we just have to identify and distinguish between them. The best way to do so is to take a field tour. Take them to any nearby place. Give them a notepad and pen, and ask them to note down all solid objects, liquids, and gases.

Most of the students will come up with interesting examples, and you will be surprised to see that. This way, they will enjoy a recreational tour and learn about the matter states during the process.

4. Explain the Unique Characteristics of Each State

When introducing the states of matter, mention each state's unique characteristics. This helps them study each one comprehensively.

Characteristics of a Gas:

To add more fun to your lecture and make it fun, you can take the help of virtual simulations. You can visually explain any theoretical concept with computer simulations. Moreover, with virtual lab simulations, you may not need expensive scientific equipment.

Here, Labster can help. Labster is one of the pioneers of virtual lab simulations. We are committed to engaging students through our interactive simulations. Students learn and apply their concepts to solve real-world problems.

For instance, in this case, you can use our States of Matter Simulation. In this simulation, students observe the physical representation of each state of matter using a high-tech hologram. In the end, they answer a few quiz questions to test out their knowledge.  All in all, the simulation is a complete learning package for your students.