5 Ways to Get Students Energized about Electrophilic Addition

Electrophilic addition reactions are an important class of reactions in chemistry. They hold such great value in the field of chemistry because they allow you to convert unsaturated hydrocarbons (alkene and alkynes) into another group of organic compounds such as alkanes, alcohols, alkyl halides, etc.

If you are teaching an organic chemistry course, it is one of the topics you might find challenging to teach. The same goes for students; they are not on good terms with chemistry and its chemical reactions!

To make your chemistry lecture more interesting and fun for students, we have five ways to help you grab students’ attention and teach them this sometimes dry topic.

GIF from Labster’s Electrophilic Addition Simulation, which is available for university-level learning.

Why can Electrophilic Addition be tricky?

All topics in organic chemistry are abstract. In their textbooks, students have few chemical equations and theories in process explanation, which are hard to process.

You, as a teacher, cannot show them how microscopic molecules react and form new compounds. So, without any visual observation, it becomes tough for students to understand unless you adopt a fun way of teaching it.

2. Chemical Equations are Difficult to Understand

Addition reactions like electrophilic addition are explained with the chemical equations. These equations are the only way to describe chemical reactions on paper. However, for students, these are not fun to learn.  They find it hard to remember which reactants are involved and what products will be formed.

Moreover, in these reactions, the chemical equations contain a structural formula of a compound rather than its molecular formula. A wrong position of the atom may alter the whole compound.

Electrophilic Addition reaction is not a singular topic i.e. students need to have background knowledge for understanding.

Since unsaturated hydrocarbons undergo electrophilic addition reactions, they must know what an unsaturated hydrocarbon is. Then, to understand the process, they must know about the electrophile and how it reacts with carbon atoms. And when it reacts, the addition process is explained by Markovnikov’s rule; that's a lot for students to digest and memorize.

With the challenges listed above, here are five magical ways to make electrophilic addition an approachable and exciting topic for students.

1. Tell Them Stories about the People Behind it

Stories may not help them grab the concept. However, they are an interesting way to grab their attention. When teaching a boring reaction, scientific tales can be a refreshment for students. They help students to stay motivated and active during the lecture.

One way is to tell how the process was discovered, whether was it an accident or an actual experiment. The other way is to build a story around the people who proposed the theory, which can be easily done in this particular case.

Markovnikov was a Russian chemist born in 1838. He was so interested in organic compounds that he started to work in the chemistry lab during his third year.  He taught as a Chemistry professor at the universities of Moscow, Kazan, and Odessa. In 1869, he presented his famous Markovnikov’s when he performed the reaction between alkenes and hydrogen halides. He observed that the electrophile (H+) ion of the halides attached itself to that carbon which already had a greater number of hydrogen atoms, while the halogen ion attached to the carbon with the least number of hydrogen atoms. The rule didn’t get much fame at that time since it was presented in the German language which western scientists couldn’t figure out earlier. However, within a few years, it laid the foundation for understanding the addition reactions of unsaturated hydrocarbons.

Markovnikov was also the first chemist who said carbon rings of four atoms and even seven carbon atoms can exist. Earlier, it was believed that a ring of only six carbon atoms (benzene) existed.

2. Start with Basics and Then Move on Gradually

When teaching organic chemistry, it is a great idea to give an overview of the basic concepts in simple words. This gives students a fresh start and clears misconceptions that they might have.

Since in alkenes and alkynes, if we break down the double bond or triple, the pair of carbon atoms can take up new atoms and form sigma bonds with them. That’s why addition reactions, i.e. the ones in which atoms are added, are the main property of unsaturated hydrocarbons.

For students to practice and fully understand, you can give them some compounds and ask them to tell their electrophile and nucleophile.

Now, that they have figured out the two reactants involved in the electrophilic addition reaction, it’s time to move to the mechanism of the reaction. There are two cases here; one when alkene is symmetric and the other, when it is unsymmetrical.

If the alkene is symmetric i.e. the compounds with the same alkyl groups on both sides of the double, then the reaction is simple. The double bond breaks and you can place a nucleophile on either of the carbon atoms associated with the double bond.

For instance, in the above reaction, when 1-butene reacts with hydrochloric acid, 2-Chlorobutane is more favorable to be formed in comparison to 1-Chlorobutane. In chemistry, the term regioselectivity is used to describe such types of reactions, in which the bond formation of a particular atom dominates over other atoms.

3. Explain Equations in a Detailed Manner

When teaching the chemical reactions governing the electrophilic addition, be thorough. Explain the reaction kinetics, and all the intermediate steps involved.

Mention how the attacking subtract breaks the existing bonds and attaches itself to a particular carbon atom and why. In this regard, use structural formulas of the compounds involved in the chemical reaction. You can use arrows to explain the movement of new atoms in the compound.

If it’s possible, use 3D animations to explain the chemical reaction of electrophilic videos. Animated videos add more fun to the reaction and students do learn when you show them visually appealing videos. 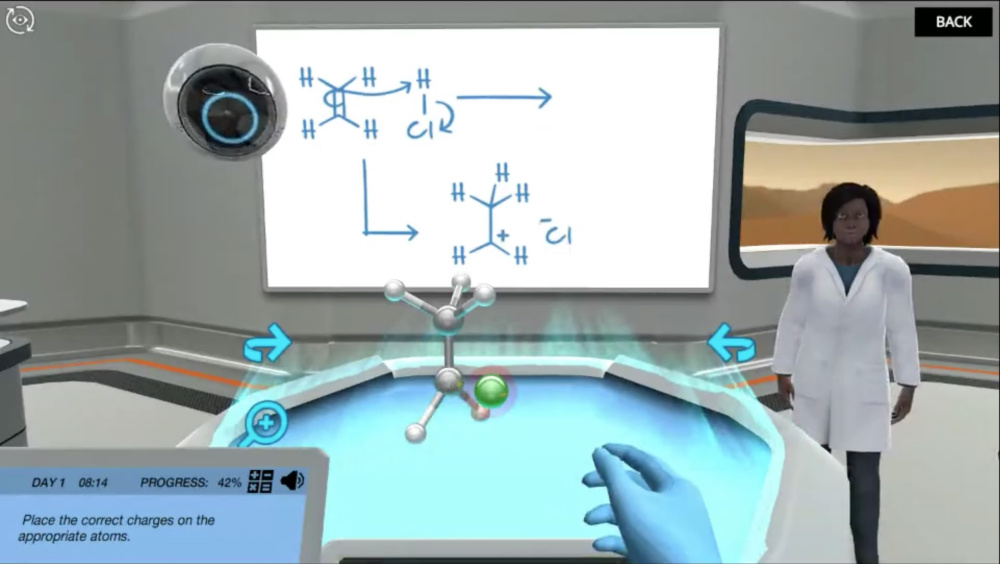 When teaching something dry like Electrophilic addition, students often ask, “Why do I have to with this?”, “Is there any practical use for it?”.

So, mentioning the application of the process helps understand its worth. Later, when they come across its application in real life, they can recall what they studied regarding it in class.

One of the benefits of electrophilic addition is that it gives chemists a route to convert one group of hydrocarbons into another. For instance, hydrogenation of butene gives butane, a saturated hydrocarbon. Butane is a flammable, colorless, and odorless gas used in cigarette lighters, as a refrigerant, and in portable stoves. One way of synthesizing this chemical is through the electrophilic addition of butene.

Another example is the formation of alcohols from alkenes. For instance, the acid hydration of butene gives out 2-butanol, which is another important industrial chemical. 2-Butanol is used as a solvent, in making industrial cleaners, paint removers, and the formation of other chemicals.

Lab Experiments are helpful when studying chemical reactions. One way is to use actual chemicals in the lab to experiment and see results. In most cases, that’s the feasible option.

However, with current technology, you can add more fun to your learning process with virtual lab simulations. This is where Labster is of great help. Our lab simulations are based on hypothetical stories set up in the 3D world that make learning more fun and exciting. 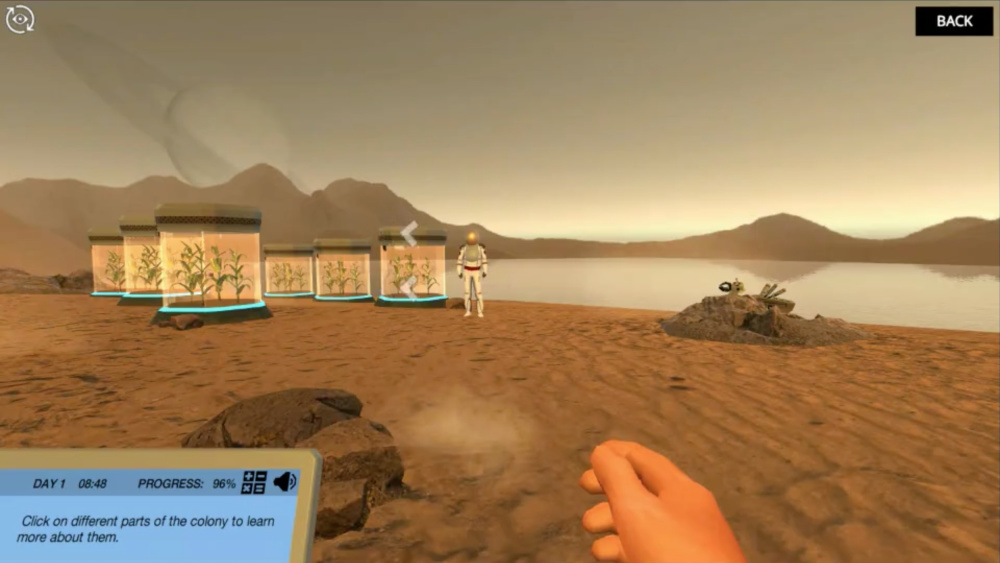 Check out Labster’s Electrophilic Addition Simulation, in which students embark on a journey to Saturn and their mission to identify the natural hydrocarbon resources on Saturn. With a 3D reaction visualizer, they engage with the components involved in electrophilic addition reactions.

If you are interested in testing our simulations or have some questions to ask, contact us now.