5 Ways to Familiarize Students With Elimination Vs Substitution Reactions

Organic chemistry is one of the important sections of chemistry since it explains the formation and reactivity of organic substances. The study of these reactions is quite important for high school students since this particular genre is the base of the chemical industry.

The two important chemical reactions undergone by organic compounds are elimination and substitution reactions. These two types of reactions go side by side and often compete with one another.

The elimination reaction, as its name suggests, is a reaction in which two atoms are eliminated from an organic molecule forming a double bond between carbon atoms. For instance, if an alkyl halide undergoes elimination alkene is produced. Elimination reactions are of further two types E1 and E2.

SN1 is a unimolecular reaction that takes place in two steps. In the first step, the leaving group moves out and forms a carbocation; then the nucleophile attacks, and the reaction is completed. This reaction is undergone by tertiary alkyl halides.

SN2 is a second-order reaction; in which all the processes (as in SN1) take place in a single step. In this case, the product is 100% inverted from the reactant. Primary and secondary alkyl halides usually undergo  SN2 substitution reactions. 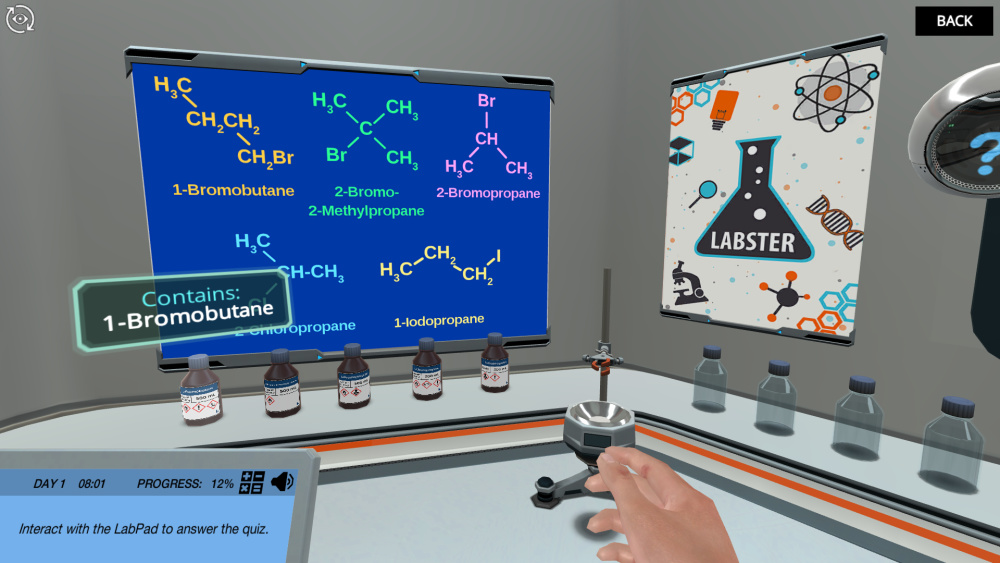 Figure from Labster simulation on Elimination vs. Substitution Reaction

Since organic chemistry topics usually are accompanied by multiple chemical equations, students generally don’t like them and have no interest in learning about them. However, you can make your lectures more interesting by following the five ways listed in this article. Read on to learn more about them.

Why Elimination Vs Substitution Reaction can be Hard for Students?

Elimination Vs Substitution Reaction can be difficult for students because of the following three reasons:

1. Students Mix Up the Two Reactions

2. Their Mechanisms are Complex

Each of the two reactions has its two types and mechanism steps. So, this makes the topic hard for students because they are asked to memorize a lot of information at once

Keeping in view the reasons which make Elimination Vs Substitution Reaction hard for students, here are a few ways that can make this topic more approachable:

1. Explain Each Reaction with its Mechanism

Since these reactions are complex and involve multiple steps. The first approach should be a thorough individual explanation of each reaction.

In the elimination reaction, two substituents are removed from a saturated organic compound which results in the formation of a double bond between atoms.

In the first step, a leaving group such as Bromine detaches itself from the compound, leaving a carbocation. Since carbocation is an unstable specie, the reaction doesn’t stop there.

A strong base takes a proton (hydrogen atom) from the carbocation and it becomes stable forming an alkene.

E2 elimination reaction takes place in a single step. In one step, the leaving group leaves, and the base extracts the hydrogen atom from the molecule.

In organic chemistry, the reaction is in which an atom or a functional group is replaced by another group of atoms or functional groups is called a substitution reaction.

Similar to the elimination reaction, the substitution reaction also takes place in two ways. The mechanism is almost similar. However, a different product is formed in the reaction.

SN1 is a first-order reaction. It takes place in two steps. The first one is a slow step, just the leaving group is removed and carbocation is formed. In the second step, a nucleophile attacks the carbocation, and then a final product, half inverted and half retained, is formed.

2. Use Colorful Animations to Explain Reactions

Chemical equations often seem dry and boring when explained simply on the board. To make them more interesting and understandable, you can use animated visuals to explain them.  With animated chemical equations, it would be easy for you to show students how a bond breaks, and how the atom is removed from one compound and added into another one. 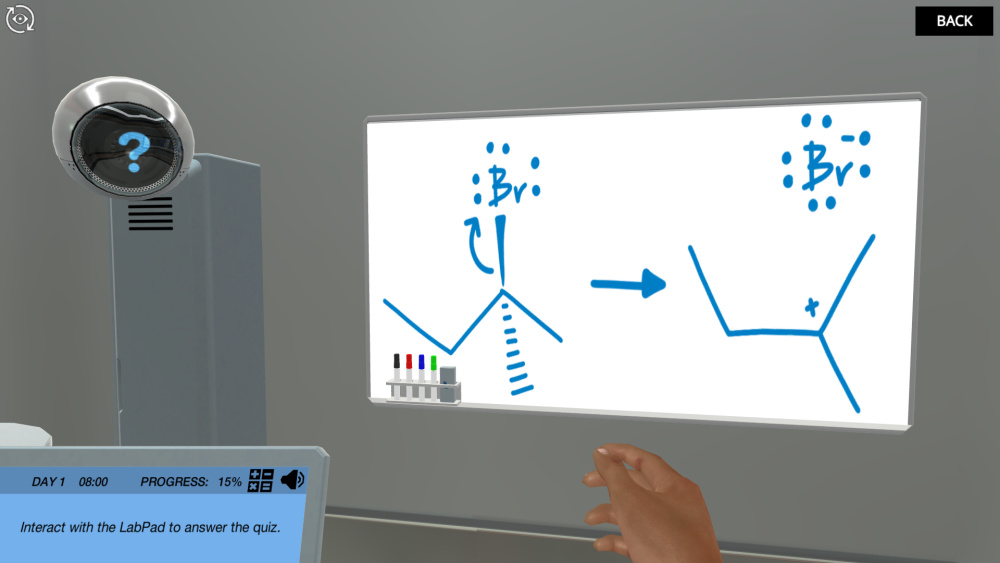 Figure from Labster simulation on Elimination vs. Substitution Reaction

By using animations, you can not only explain the reaction mechanism but also show how the reactants and products look like. This will help students visualize the reactions and understand them better.

3. Stick it to Word Play

Technical terms are usually new and students have a hard time digesting them. However, if you explain each term simply, or mention mnemonic for remembering; it becomes easy for students to memorize.

Here’s a guide to help students easily memorize the terms and reactions:

4. Mention The Key differences between Reactions

Since students have trouble determining the type of reaction which is undergone by a compound, you can mention some key highlights of each reaction. This helps them distinguish between the four reactions.

5. Use Our Virtual Lab Simulations

You can use our virtual lab simulations to get things to the next level and make it more exciting. Our unique lab simulations simplify complex science topics and make them more interesting for students.

We engage students by challenging them with activities and games within the simulations. Even the most complex science topic becomes easy when narrated to them in the form of a story.

For the current case, you can check our Substitution vs. Elimination Reaction simulation, in which students move to a lab room; mix out chemicals and then predict the outcome of each reaction based on their knowledge of SN1, SN2, E1, and E2 reactions. All the theoretical stuff is first explained with colorful animations.

So, if you are interested in sharing these powerful and fun simulations with your students, you can contact us now.