Dipole-Dipole forces are a property of polar molecules. In polar molecules, one end is slightly negatively charged and the other is slightly positively charged due to the electronegativity difference between the two bonding atoms. This polarized molecule is called a dipole. The dipole can be permanent or induced due to the presence of another ionic molecule. The force of attraction between these molecules is termed dipole-dipole interaction.

Hydrogen Bonding, as its name suggests, is a bond between hydrogen molecules. However, hydrogen alone is insufficient for hydrogen bonding. First, it must form a strong molecular dipole by a covalent bond with either oxygen, fluorine, or nitrogen. Second, this dipole must approach another atom of oxygen, fluorine, or nitrogen to form a hydrogen bond. Hydrogen bonding is the most powerful intermolecular force. It falls under the category of permanent dipole-dipole forces as it is an attractive force between permanent dipoles. 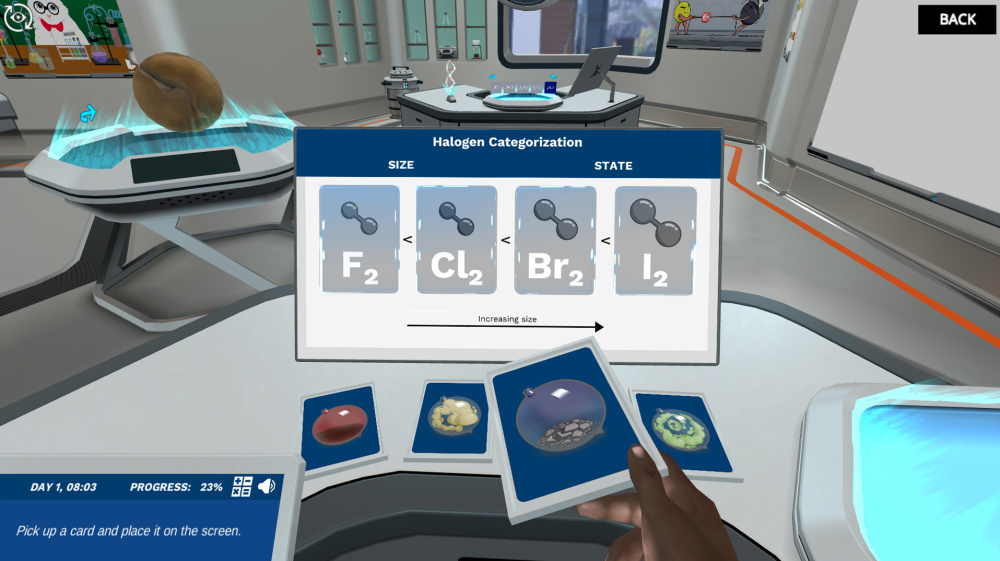 Intermolecular force is one of the fundamental concepts that you will have to teach in an introductory chemistry course. As a teacher, you may find it hard to explain it to students. So, read on to learn five ways through which you can make intermolecular forces an interesting topic to teach.

2. Difficult to Observe these Forces

Intermolecular forces are often very weak and exist within a microscopic molecule. So, first, they can be difficult to observe and measure. Second, since these forces are abstract in nature, it’s hard for students to visualize them.

There are three intermolecular forces, each with its own examples, behavior, and bonding structure. Memorizing each one with its related examples can be hard for students in a single go.

Keeping in view the problems faced by students, here are five ways to familiarize students with intermolecular forces.

For instance, to explain this concept, first, you need to explain atoms, then molecules, and then how they are arranged to form a substance.

The smallest individual unit of a substance is called an atom. Atom's independent existence is very rare. It is mostly bonded with another atom/s. This combination of atoms is called a molecule. Within its structure, a substance is composed of millions of such molecules.

“Inter” means in-between. So, such forces, that exist in between the molecule are called intermolecular forces such as ion-dipole, dipole-dipole, London dispersion, and hydrogen bonding. These forces are much weaker compared to intramolecular forces but they dictate the physical properties of a substance.

2. Give students opportunities to experiment with Intermolecular forces.

It has been observed that students learn when they are asked to physically manipulate things. So, give them opportunities to experiment with intermolecular forces.

Many simple experiments can be done with common household materials. For instance, students can test the relative strengths of different intermolecular forces by seeing how far a balloon will travel when blown up in different liquids.

Similarly, they can test out the physical properties of different substances and see which one has the strongest intermolecular forces based on their results.

3. Tell Them Some Interesting Facts about Intermolecular forces

You can mention some interesting facts about intermolecular forces to engage students and energize them. A couple of them are mentioned below:

4. Relate it to The World, Cite Applications

Chemistry is generally considered a dry concept where educators teach about atoms, molecules, compounds, reactions, and equations. To students, these things don’t seem fascinating. They are interested in learning the use case of content being taught to them. So, it is one of the best teaching practices to relate your topic with its practical applications.

For instance, you can explain the importance of intermolecular forces in compounds we use in our daily lives, or which constitute our life.

About three-fourths of Earth is covered with water. It is a unique liquid that we use daily for different purposes. If we look at the molecular size of water, that’s very small. However, its boiling point and specific heat capacity are anomalously higher compared to other liquids of its size.

These characteristics are all brought about by hydrogen bonds. Because hydrogen bonds are so strong, it takes a lot of power to break them, which is why water has a comparatively high boiling point. However, hydrogen bonding may also separate molecules, meaning that it can also set them apart. For instance, when water changes to ice, the crystal structure is governed by hydrogen bonding. In this case, since the molecules are more dispersed than they are in the liquid, ice floats atop water.

Nearly every cell in our body has DNA, which is a necessary component of life. The primary function of DNA is to store biological code (bases), within its double helix so that the equipment can read the code when necessary.

In order to preserve DNA from harm while yet allowing for readability when necessary, DNA bases must be buried and shielded within the double helix. For that, we use hydrogen bonding. The hydrogen connections between the bases in the helix are strong enough to hold them together and protect them. At the same time, they are also delicate enough to break when necessary and enable access to the bases.

At Labster, we are committed to engaging students in science through interactive simulations. Through our simulations, we aim to teach them theory visually and let them perform all lab experiments virtually. 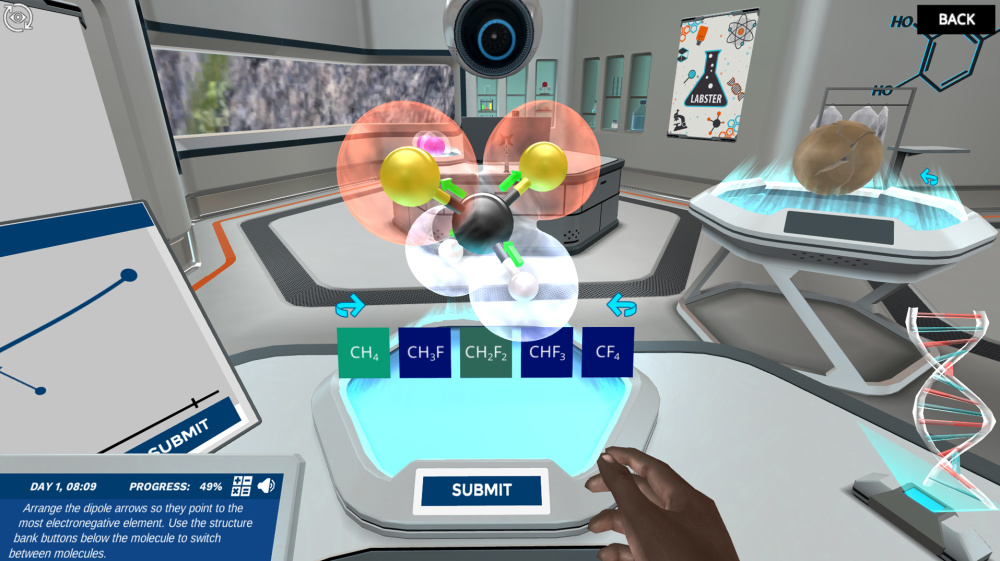