5 Ways To Get Students Interested in Cardiovascular Function During Exercise

Cardiovascular exercise is any intense activity that increases heart rate, breathing, and oxygen and blood flow throughout the body while repeatedly and rhythmically engaging the body's large muscle groups.

In Doppler mode, the erythrocyte's blood flow velocities are measured from the frequency shift of the sent ultrasound waves compared to received echoes. Reported data are then used to measure cardiac function parameters such as cardiac output and hemodynamic shear stress levels in the heart and blood vessels. The Doppler effect is a change in the frequency or wavelength of a wave as the source and observer move toward or away from each other.

Doppler effect has medical applications. Frequency shifts can be used to determine the velocity of blood flow. The resulting ultrasonic waves can bounce off the many different cells in the blood and provide an accurate measurement of the velocity of the blood in the veins and arteries. However, when a blood flow measurement is needed, for example, to calculate cardiac output, you need to multiply the velocity by the vessel's cross-sectional area to get the flow rate. The speed is measured in cm/s, the cross-sectional area of ​​the ship is in cm2 and the flow rate is in cm3/s.

The most comparable case of the Doppler effect is a car approaching a pedestrian with its horn. As the car moves toward the pedestrians, the pitch increases, meaning the frequency of the waves increases, whereas as the car passes the pedestrians and travels further, the pitch decreases, meaning that the frequency of the waves decreases. One of the many uses of the Doppler effect is to determine the speed of a moving object. When a wave is created and bounces off a moving object, the change in frequency produced by the reflection can be used to determine the speed of the moving object.

Read on for some ideas on why this can be a difficult topic for teachers and students alike, five suggestions to help change that, and thoughts on why a virtual lab could be beneficial. 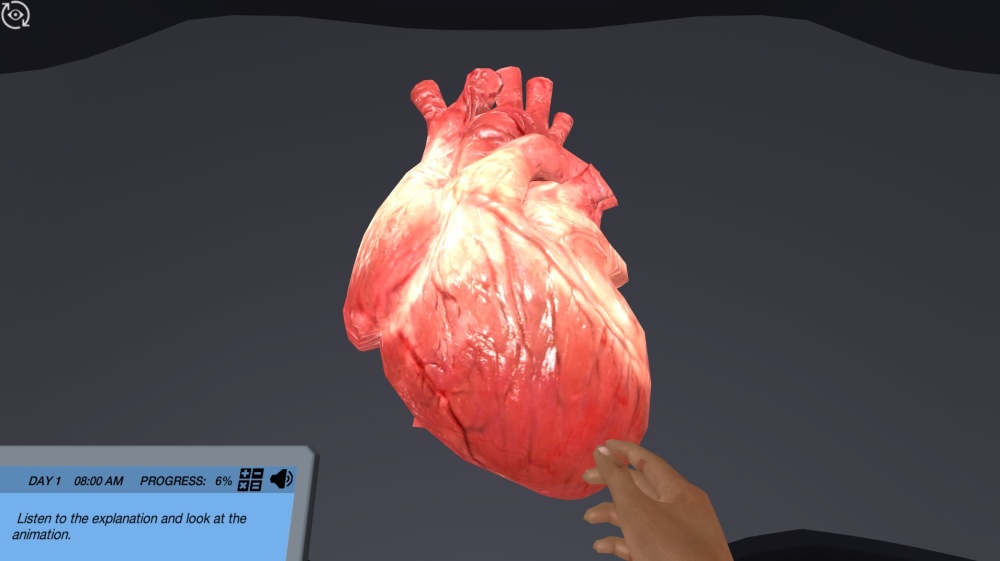 Figure 2: A snippet from Cardiovascular Function During Exercise simulation by Labster.

Why Cardiovascular Function During Exercise Can Be Tricky

There are three reasons in particular why cardiovascular function during exercise can be difficult, even for the most diligent of students.

Cardiovascular function occurs in the body during exercise, particularly in the heart, veins, and arteries, you cannot see or feel it. Not being able to visualize the process and see its relevance to the real world can demoralize learning and make it difficult for students to stay energized.

Figure 3: A snippet from Cardiovascular Function During Exercise simulation by Labster.

Cardiac variables are a set of variables that help us explain how the cardiovascular system works. They can be summarized as follows: 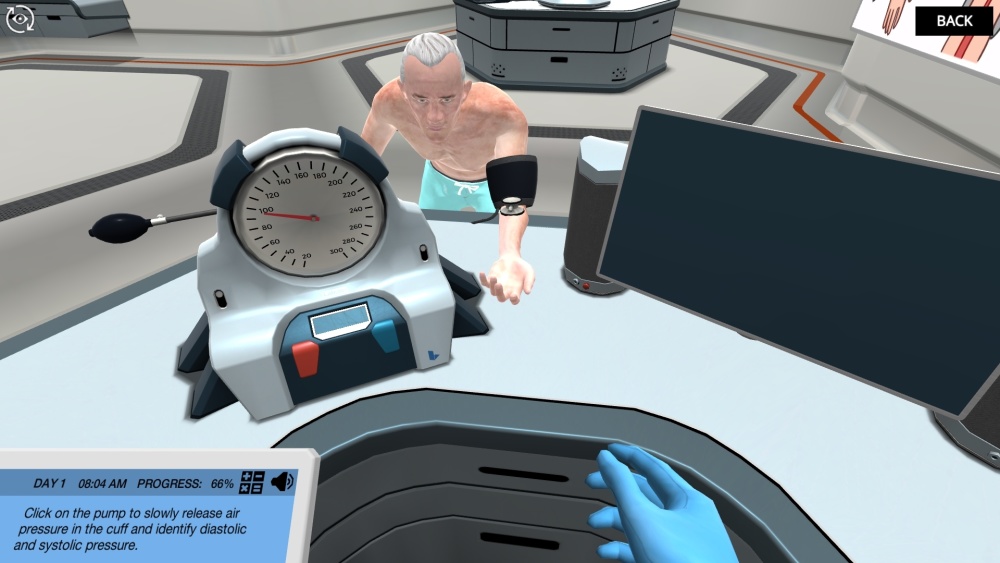 Figure 4: A snippet from Cardiovascular Function During Exercise simulation by Labster.

Systolic pressure occurs as soon as the blood is pumped from the heart into the arteries, causing the artery walls to stretch. A normal resting systolic pressure should be between 80 and 120 mmHg.

With these points in mind, here are five things you can consider introducing into your cardiovascular function lessons to make them more engaging, approachable, and enjoyable to teach for you and to learn for your students.

Around 330 BC Aristotle (Aristotle) ​​ discovered the cardiovascular system. Aristotle, a teacher, and friend of Alexander the Great was the first to recognize that the heart is the center of the arterial and venous system. Aristotle understood that arteries and veins originate from the heart. Before that time, veins were thought to originate from the liver. Aristotle said that the heart usually has three chambers (ventricles), apparently because he did not think of the right atrium as a ventricle. Instead, he interpreted the right atrium as an extension of the vena cava—our superior and inferior vena cava.

During exercise, the human body tries to utilize the oxygen absorbed in the lungs optimally. During intense physical activity, the human body's oxygen consumption can increase up to 8 times compared to resting consumption before reaching a plateau. This higher oxygen demand is usually met by an increase in heart rate, which increases cardiac output and therefore the amount of blood (and oxygen) reaching the muscles. Cardiac output, however, cannot increase as much as oxygen demand increases. When this limit is exceeded, the human body has different mechanisms to ensure muscle oxygenation. Once cardiac output can no longer increase, the only solution is to remove more oxygen from the hemoglobin so that the same volume of blood delivers more oxygen. This happens because when muscles increase their metabolic rate, they produce large amounts of carbon dioxide and H+, which lowers the pH. A lower pH reduces hemoglobin's affinity for oxygen, which facilitates the transport of oxygen from hemoglobin to muscle tissue.

The total peripheral resistance (TPR) is the resistance created by the circulatory system. This resistance must be overcome to push blood through the system. During intense exercise, the arterioles tend to dilate. Without this expansion, blood pressure will increase dramatically. This dilation reduces the resistance to blood flow in the arteries, thereby keeping blood pressure at a more normal level. TPR can be easily calculated by dividing the Mean Arterial Pressure (MAP) by the Cardiac Output (CO).

The most popular unit for TPR is mmHg·min/L 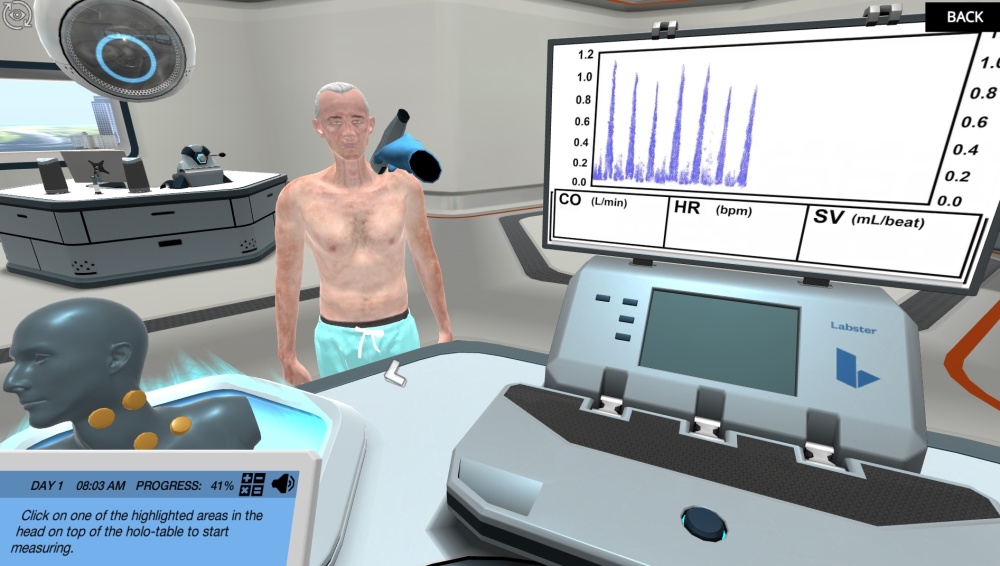 Figure 5: A snippet from Cardiovascular Function During Exercise simulation by Labster.

If the aortic valve does not close properly, regurgitation can occur. Regurgitation is the backflow of blood into the ventricles after the heart has been pumped out. This can result in decreased stroke volume and cardiac output (because some of the blood returns to the ventricles). This forces the heart to increase the force of its contractions, which increases the systolic pressure, and as blood leaves the aorta more rapidly, it lowers the diastolic blood pressure.

Previous myocardial infarction involving the left ventricle: A heart attack is an interruption of blood flow to the heart, usually caused by a blood clot. Impaired blood flow can cause certain parts of the heart tissue to die, resulting in a weaker heart. If, for example, the left ventricle is damaged after a heart attack, this causes a decrease in the amount of blood (stroke volume) pumped by the heart into the aorta and, thus, in cardiac output.

Mnemonics can be a huge help in recalling complex topics like cardiovascular function during exercise, and there are few ways to get around it but with good memorization tips. Cardiac variables can be memorized as "aSHCan", not considering the lowercase letter, namely;

A unique way to teach cardiovascular function during exercise is through a virtual laboratory simulation. At Labster, we’re dedicated to delivering fully interactive advanced laboratory simulations that utilize gamification elements like storytelling and scoring systems, inside an immersive and engaging 3D universe.

Check out the Labster Cardiovascular Function During Exercise simulation that allows students to learn about cellular respiration through active, inquiry-based learning. In the simulation, students will learn how the cardiovascular system behaves at rest and at different exercise intensities.

Learn more about Cardiovascular Function During Exercise simulation here, or get in touch to find out how you can start using virtual labs with your students.