Plate tectonics is the scientific explanation of how large landforms were formed by the resultant movement of the Earth's crust and mantle, which is made up of relatively thin rigid plates moving toward each other.

The Earth's earliest crust was similar to today's oceanic crust, so there were no continents. Early crustal rock is recycled and returned to the mantle, transporting surface water. Water reacts with mantle rock, allowing it to melt and form new, less dense crustal rock. Volcanic activity created this soil material, which resembles a volcanic island arc or granite continental crust today.

Read on for some thoughts on why this can be a difficult topic for teachers and students, five suggestions for changing it, and thoughts on why virtual labs can make things easier. 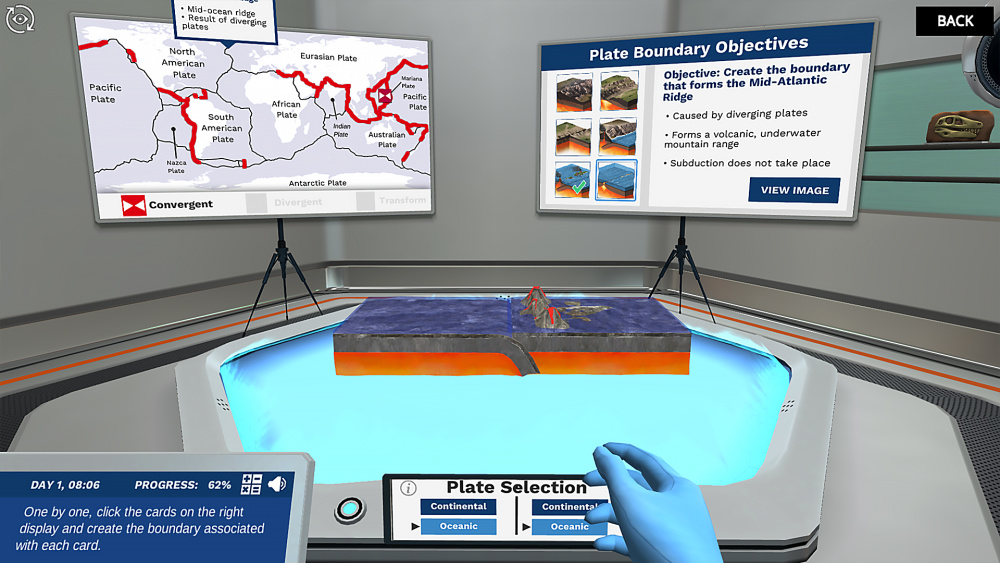 Figure 1: A snippet from plate tectonics simulation by Labster showing the necessary setup.

Why Plate Tectonics Can Be Tricky

There are three main reasons why plate tectonics can be difficult for even the most diligent student.

Plate tectonics occurs beneath the earth's surface, you cannot see it. Not being able to visualize the process and its relevance to the real world can frustrate learning and make it difficult for students to stay motivated.

There are three categories of plate boundaries: convergent, divergent, and transform. At each boundary, the resulting landform depends on whether the plates involved are oceanic, continental, or both 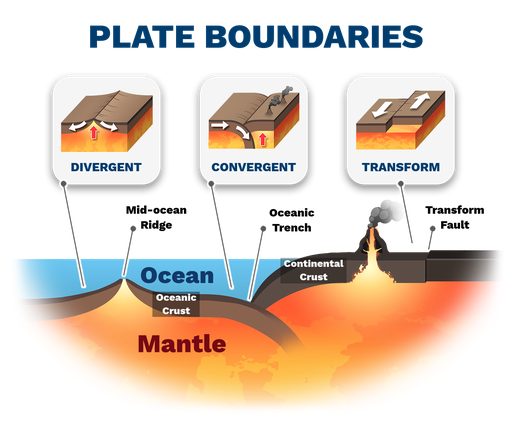 3. Transform Boundary: Two plates moving horizontally past each other form a transformation fault. In this process, the crust is crushed and deformed but not crushed (as in a convergent boundary) or created (as in a divergent boundary). This action often causes shallow earthquakes. Transformation boundaries are very common around mid-ocean ridges but also occur in the continental crust. 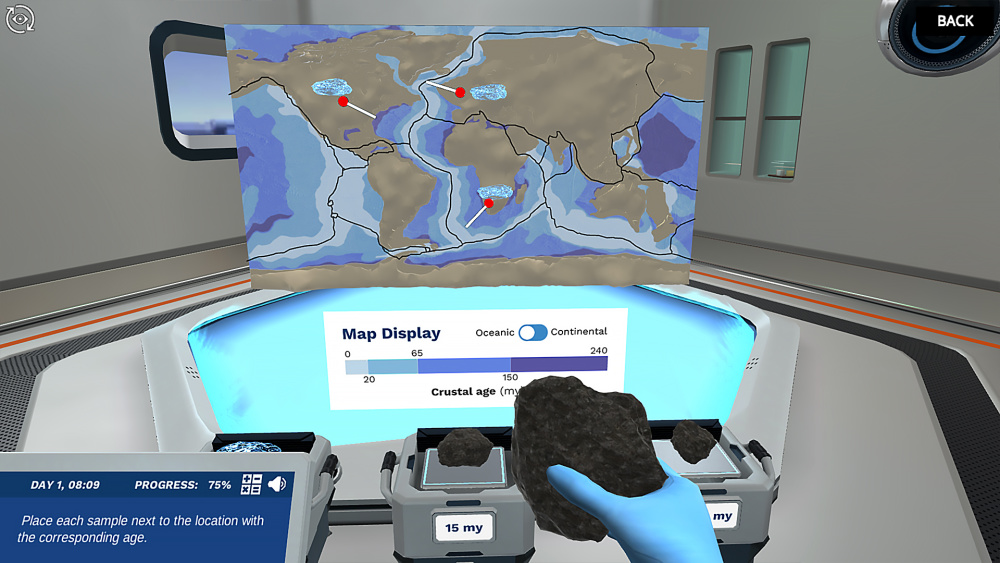 Figure 3: A snippet from plate tectonics simulation by Labster showing the necessary setup.

Between 4 and 2 billion years ago, high volcanic activity allowed the development of many fragments of the granite-rich crust. Near the subduction zone, fragments of the Earth's crust and volcanic arc slowly coalesce to form the microcontinent. Most still exist today as the core of all continents and are known as cratons, which are the oldest and most stable parts of the continent. Cratons consist of the continental lithosphere (crust and part of the upper mantle). Oceanic crust is recycled by subduction at the convergent boundary and replenished by the formation of new crust at mid-ocean ridges (divergent boundary) and because continental crust is not subducted due to its buoyancy in the mantle, it is recycled very slowly. The oldest oceanic crust is about 180 to 200 million years old, while the average age of continental crust is about two billion years, with the oldest rocks in the crust being four billion years old.

With those points in mind, here are five things you can incorporate into your plate tectonics class to make it more interesting, accessible, and fun for you and your students.

In 1912, Alfred Wegener, a German meteorologist, proposed the concept of continental drift. Although plate tectonics is not the same as continental drift, the idea captures the ideal and gets a lot of its influence.

In 1915 he published his first book on the formation of the oceanic lithosphere.

When a topic is as complex and abstract as plate tectonics, relating it to the real world can make all the difference.

This plate tectonic process is one of the characteristics of the earth. Humans experience it mainly from earthquakes and less often from volcanoes. Lava currently gushing from Hawaii's backyards - the result of deep mantle hot spots - is associated with tectonic activity. 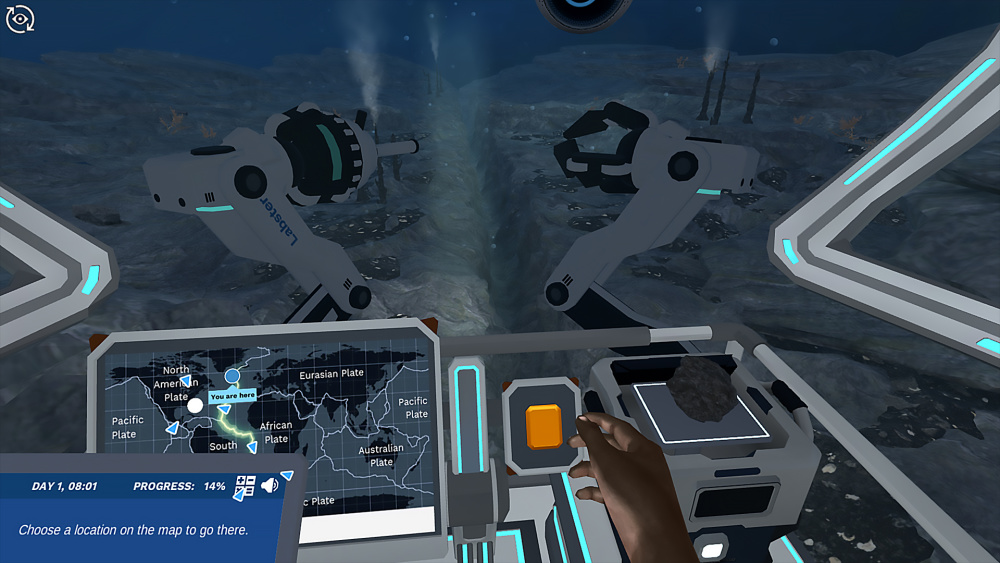 Figure 4: A snippet from plate tectonics simulation by Labster.

Plate tectonic activity can be observed at the Earth's surface, namely;

Visualizations can be a huge help in understanding plate tectonics, and when it comes to learning at a fast pace, the use of memorization is vital. The memory aid excluding lowercase letters 'DiCTion' can be used for the three categories of plate boundaries, namely:

A unique way to teach plate tectonics is through a virtual laboratory simulation. At Labster, we’re dedicated to delivering fully interactive advanced laboratory simulations that utilize gamification elements like storytelling and scoring systems inside an immersive and engaging 3D universe.

Check out the Labster plate tectonics simulation that allows students to learn about plate tectonics through active, inquiry-based learning. In the simulation, students will go on a mission to explore real-world, iconic landforms created by different boundaries between tectonic plates. Determine if a plate boundary is convergent, divergent, or transform, and learn how continental and oceanic crust can influence the type of landform created. 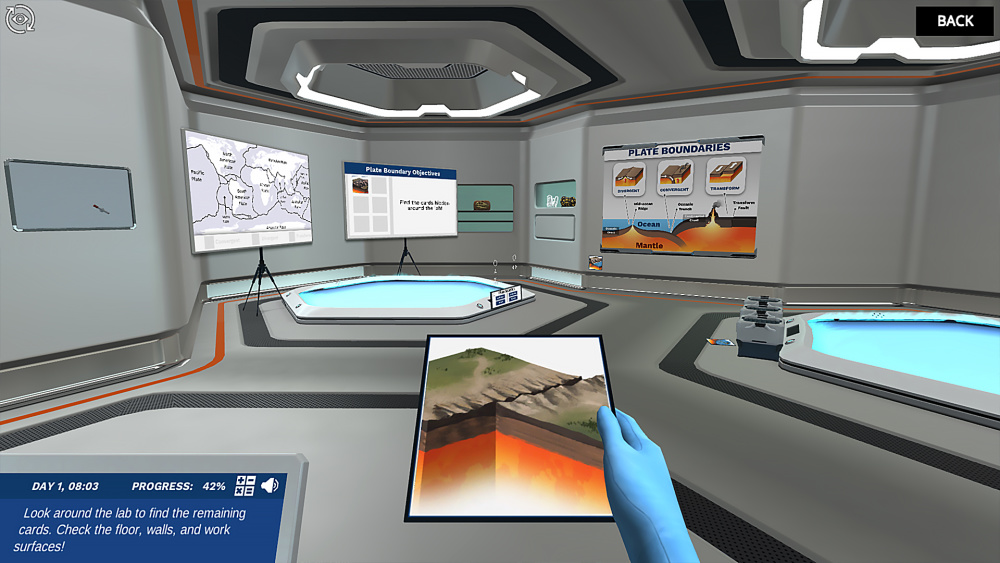 Learn more about the plate tectonics simulation here or get in touch to find out how you can start using virtual labs with your students.