Explore real-world, iconic landforms created by different boundaries between tectonic plates. Determine if a plate boundary is convergent, divergent, or transform, and learn how continental and oceanic crust can influence the type of landform created. 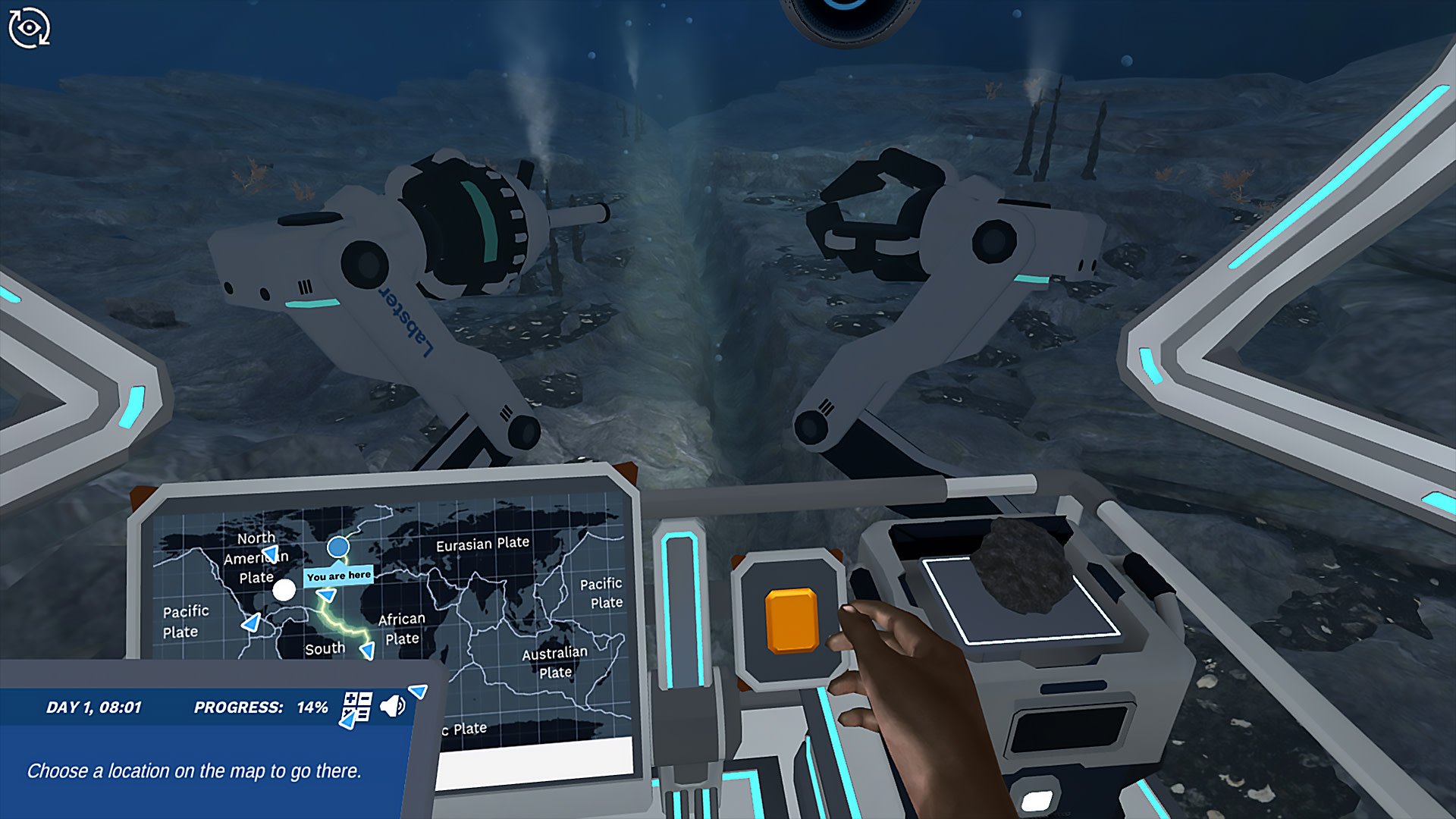 How do plate boundaries influence the Earth's surface? In this simulation, you will dive underwater in a submarine to collect samples of crustal rocks for analysis. You will return to the lab to construct each type of plate boundary and explore the landforms they create.Create the different plate boundariesMany volcanoes, mountain ranges, faults, and other landforms are the result of plate boundaries. But which boundaries cause which landforms, and why? By analyzing real-life examples such as the Himalayas, the Mid-Atlantic Ridge and the San Andreas Fault, you will be able to determine whether each landform is the result of a convergent, divergent or transform boundary. Our hi-tech holo-floor will even give you the ability to change the crust and relative motion of the plates, allowing you to recreate each boundary and observe how some of the world's most iconic landforms were created.Analyze the ages of crustal rocksOh no … your crustal rock samples have been mixed up! Using our 3D interactive map displaying the ages of oceanic crust across the world, it's your task to determine at which location each sample was collected. From there, you will analyze the age and distribution of continental crust samples, allowing you to dig deeper and compare both types of crust to identify the key differences.Head back to the submarineAt the end of the simulation, you will return to one of your sample sites in the submarine. This site is a famous landform caused by a specific plate boundary. Will you be able to figure out what type of boundary has caused it?