A biology professor from California State University, Northridge, Dr. Cindy Malone spoke to us about how virtual labs have added value to her course and helped engage her non-major students in biology and science. 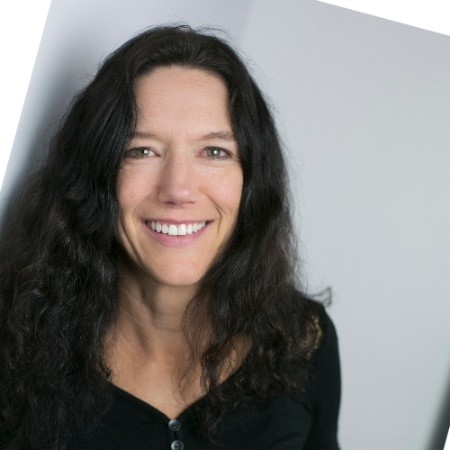 Not all Virtual Labs are the same

For a while, Malone’s course had been hybrid (half online lectures, half wet lab), but a few years ago the board decided to go 100% online. The move to online labs was not difficult for Malone as she saw the wet labs as lacking in engagement and context. As Malone stated, “I was not unhappy to go online because I felt like, what are students really getting out of this? It wasn't making anything come to life.” The move to a 100% online course, however, wasn’t without its initial challenges. Through trial and error, Dr. Malone learned that not all virtual labs are built the same.

“When we made the switch to virtual labs everyone struggled with it. It had taken so much time to set up, we felt like we had to keep using it, at least while we looked for something else.” Soon after, Malone found out that the virtual labs, which used Adobe Flash Player, were no longer going to be supported, making the labs impossible to use in her class. So Malone set out to do what she thought would be impossible: Find a new virtual lab provider that would align with her course and be integrated in just three weeks.

“Meanwhile I get an email from Labster - just a cold email out of the blue - and it catches my eye. So I have a good look at Labster, and I set up a trial to do some of the labs myself. After trying a few labs, I thought, ‘I think this just saved me!’ That was when I contacted Sam, the sales rep at Labster, and asked him, ‘Can we make this happen in three weeks?’” Luckily for them both, Dr. Malone was only currently teaching 2 sections of biology during summer school. She got the help she needed from Labster to integrate the labs into her summer courses and the LMS. “It went amazingly smoothly,” Dr. Malone remarked. Once up and running with Labster, Dr. Malone received positive feedback from the TA’s that help run the lab portion of the course. “They had been struggling with virtual labs in the course previously, but after the change to Labster they emailed me saying ‘I love this system so much.’”

Malone stuck with Labster for the fall semester and added 14 lab simulations to her 12 sections of biology. For Malone, general elective courses such as hers is an opportunity to teach students without a background in science some scientific thinking. “With Labster we can get into more of the critical thinking. Why did you do this, which step comes first, and why is it important?”

"With virtual labs, we actually get the students to do more scientific thinking and less hand manipulation. And that’s what we really want, the students learning how to think scientifically"

Because Dr. Malone’s students were non-majors and unlikely to go into a career in health or medicine, the virtual labs were perfectly suited to substitute the practical part of her course. “Some faculty argue that the students need hands-on practice - and I completely agree for majors - but for non-majors who are never going to work in a lab, it’s a different story. With virtual labs, we actually get the students to do more scientific thinking and less hand manipulation. And that’s what we really want, the students learning how to think scientifically. That translates to real-life in making decisions about voting, their life, and health care.”

The wet labs offered by the school prior to the restructuring hadn’t benefitted Dr. Malone’s students. Labster’s simulations offered her students a sophisticated lab they otherwise wouldn’t have stepped into. As Dr. Malone remarked, “Because of the sheer number of students involved, the wet lab had to be made so inexpensive that I almost felt like it was a waste of students' time. They couldn’t do nearly as many things in those labs as they can in the online ones. Now we can allow them to use equipment that's really expensive. The online labs allow us to do much more complex and sophisticated experiments than we could ever do in a wet lab with our enormous group of non-majors, for reasons such as cost and safety.”

The previous online labs also presented a challenge in the number of students failing the course. Before Labster, Malone was seeing a 20% fail rate and on top of that, another 10% were only earning D’s. Part of the issue was technical as Malone noted, “People gave up because of the poor quality. And they were just so frustrated with the technical errors, they couldn't finish the labs. It wasn't that it was too hard it was all the technical aspects.” After implementing Labster, the failure rate dropped to 5% and more students were finishing the simulations.

For Malone, the biggest selling point of Labster was the ability to fail. “The turning point for me was when I was testing the Labster simulations that day. I realized that if you make mistakes, you had to redo the steps. Sometimes, even if you felt like you did everything right, the system wouldn’t allow you to progress because something went wrong along the way. Nothing ever works in science, especially in real life! That’s when I said, ‘I don't need to look anymore, we're going to use it’. The students would have to go back, think about the experiment, and then try it again. I said, ‘Okay, I'm in!’”

Labster offers interactive, 3D virtual science labs that help students visualize theory, access state-of-the-art lab environments, and take their learning beyond the classroom, from the quantum realm to the surface of Mars. Expand your curriculum, target learning needs, and foster content mastery to prepare the next generation of scientists.