Light plays an important role by carrying information in different ways. For instance, mobile phones use light waves to send and receive messages and calls. Recently, wireless routers have been used to send different pictures from the internet to your desktop. The car radios also used light to play music in the car. Mainly, light shows different behaviors, such as reflection, refraction, and diffraction. Photon is the fundamental particle of light that carries electromagnetic forces.

Reflection occurs when a light wave strikes the boundary that does not absorb the energy and radiates the light in another direction. Refraction is referred to as when light enters from one medium to another medium, then it bends from its original direction. Diffraction can occur when light is passed from an obstacle and spread around it. 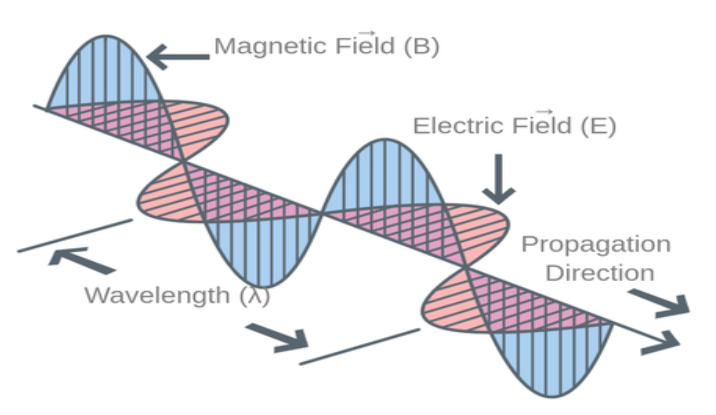 Figure: An image of electric and magnetic fields from Labster Theory.

Why the electromagnetic spectrum can be tricky to learn

There are three main reasons that make the electromagnetic spectrum a difficult topic for students to learn.

The electromagnetic spectrum is a topic that studies different kinds of waves, photons, crests, troughs, frequencies, and wavelengths. These are abstract concepts because it is impossible to see the waves with the naked eye. The reason is that the waves are very small in size. Photon is a particle of a smaller wave than a complete wave. So, students may find difficulties while studying these abstract concepts.

There are several terms that students need to remember for the electromagnetic spectrum. Some terms have the same meaning that may be confusing and complicated for students to understand. For instance, energy, wavelength, and frequency are the terms used for electromagnetic waves. So, students may get confused when they read frequency words in one paragraph and wavelength in another paragraph.

The electromagnetic spectrum is a complex topic in which you need to learn about the principle, types, and several basic definitions, applications, and graphs of electromagnetic waves. Many students do not like this topic due to how content-heavy it is. They find this topic boring and time-consuming.

As we are familiar with the reasons that make the electromagnetic spectrum a complex topic to understand, five waves make this topic easier and simpler for students.

Heinrich Hertz was a German physicist who introduced the electromagnetic spectrum by using James Clerk Maxwell’s equation. In his honor, the frequency unit is called “Hertz”. In 1886, he was working on a pair of Riess spirals and noticed that these coils produced sparks in other coils. The spark gap was difficult to see in this experiment, and he needed a darker room to investigate it properly. After this, he did an experiment by using a dipole antenna. He used two collinear wires, zinc spheres, and a radiator. He was successfully able to calculate the speed of the radio waves that were produced in the experiment.

2. Basic knowledge of the electromagnetic spectrum

Electromagnetic waves are transverse waves that can move from the vacuum. The speed of electromagnetic waves is the same as light when they travel from the vacuum. The speed is 300,000,000 m/s. Most of the wavelengths cannot reach from space to the surface of the earth. Some waves, such as ultraviolet waves, visible light, and radio waves, can reach sea level. At the top of the mountains, astronomers can observe the presence of infrared waves by using telescopes.

Electromagnetic waves are formed by electric and magnetic fields and have wavelength, frequency, and amplitude properties. 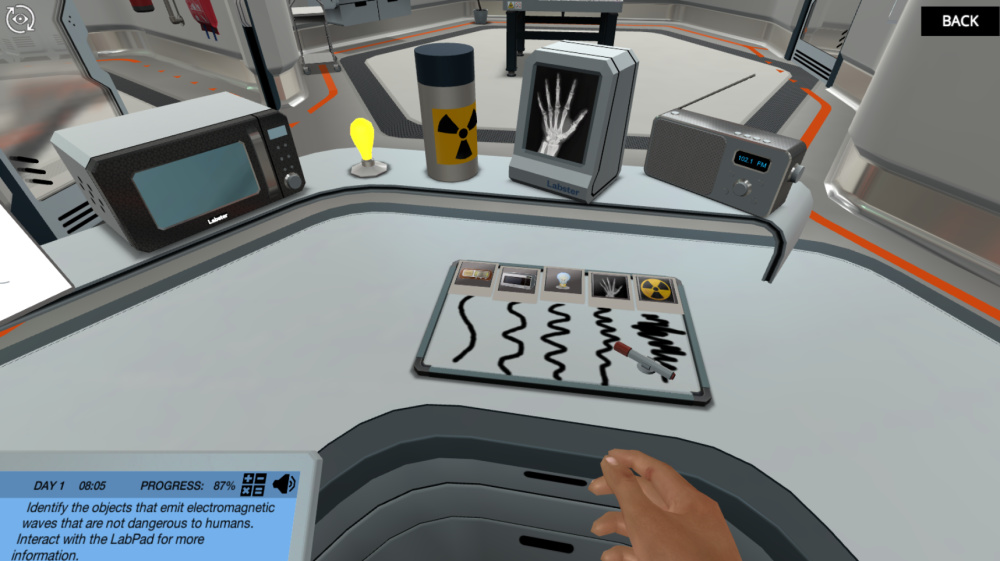 Figure: An image represents the structures of different types of wavelengths from the Labster virtual laboratory of electromagnetic spectrum.

3. Relate to the real world

The color image presented below shows the visible wave, radio waves, and x-rays. It helps to remember that visible light is emitted from a bulb, radio-captured radio waves, and x-ray shows bone images. Therefore, students can learn the electromagnetic spectrum effectively using these color diagrams. 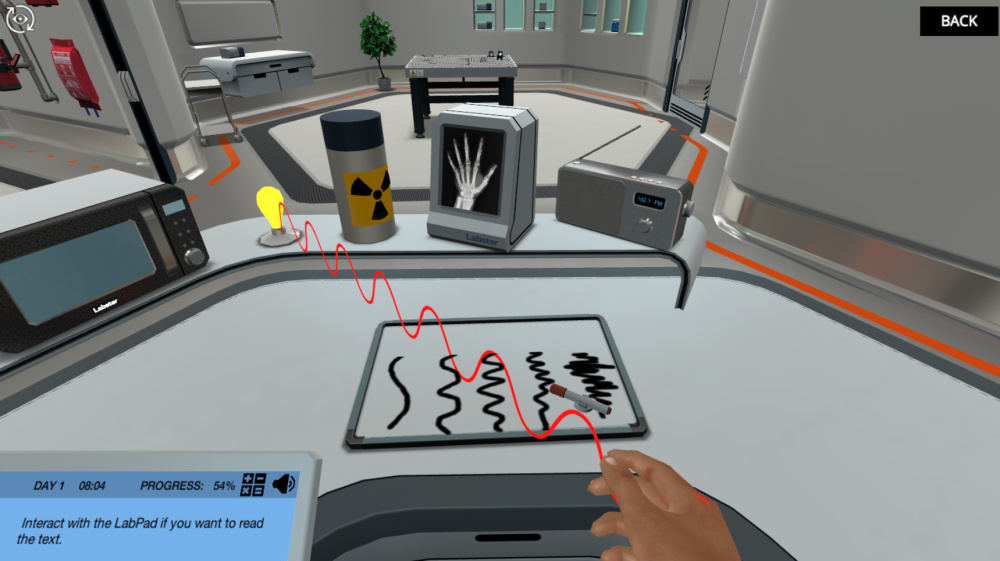 A virtual lab simulation is an advanced way to learn about the electromagnetic spectrum. At Labster, we provide 3D laboratory simulations containing gamification elements like storytelling and a scoring system.

Check out Labster electromagnetic spectrum simulation here, or get in touch to find out how you can start using a virtual lab with your students.