5 Ways to Make Fermentation a More Approachable Topic to Students

Fermentation is a metabolic process in which sugar molecules break down into simpler compounds to produce several compounds and energy. Zymology is the science of fermentation. The energy produced in fermentation is in the form of ATP which can be helpful for normal biological processes.

Fermentation can occur in both prokaryotic and eukaryotic organisms, including humans. For example, during strenuous exercise, our muscle cells can produce energy through aerobic respiration. When ATP demands increase, lactic acid fermentation occurs in the body to provide energy to the muscles.

Fermentation is an important topic but there are several aspects of fermentation that can be difficult for students. At Labster, we compiled all the reasons that make fermentation a difficult topic. Then, we provide five ways to make this topic simpler and easier to understand. In the end, we will convince you why a virtual lab simulation is significant for students while learning. 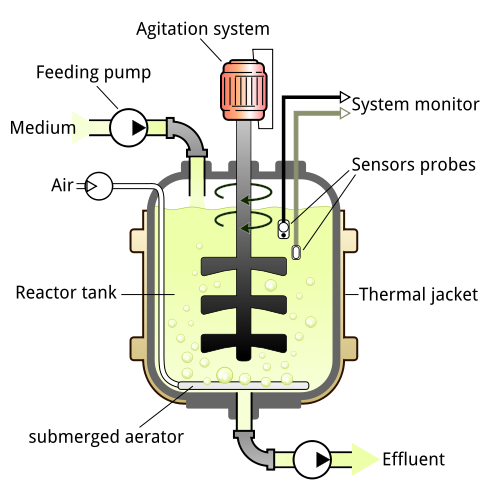 Figure: An image of a Bioreactor (fermentor) from the Labster theory.

Why fermentation can be tricky to learn

It is difficult for students to believe in abstract concepts. As fermentation is performed with the help of microorganisms such as bacteria or yeast, we cannot see them with the naked eye. The microorganisms are so small that we need to use a microscope to see them. To use a microscope, you need to be an expert. So, students may find it hard to learn abstract concepts like fermentation.

In fermentation, you need to learn about the reactions through which the products are formed. You need to know how to write a chemical formula for the fermentation process. Many students do not like learning fermentation because it is a complex and time-consuming topic. They do not want to remember the chemical reactions of each type of fermentation.

3. Remembering the names of microorganisms

Generally, bacteria like enterococcus, lactobacillus, pediococcus, and streptococcus are involved in most of the fermentation. In each fermentation type, a specific bacterium is used to produce the products. For instance, Lactococcus lactis is mainly helpful in lactic acid fermentation to produce several dairy products. Sometimes, it is difficult for students to pronounce and remember the names of the bacteria used in the fermentation. Therefore, they may think fermentation is a complicated topic to learn.

5 ways to make fermentation a more approachable topic to understand

Since we are familiar with the difficulties that students experience while learning fermentation, here are five ways to make this topic easier for students to understand.

Louis Pasteur was a French microbiologist who contributed to the research of fermentation, pasteurization process, and vaccinations. Pasteur is known as the “Father of Fermentation.” At that time, it was thought that fermentation was a chemical process which helped to convert the sugars into alcohol. But in 1857, he discovered the process of fermentation. He also explained that microorganisms can cause lactic acid corrosion. He proved that fermentation was not a chemical process, there were microorganisms that convert sugar into alcohol.

2. Learn the different types of fermentation

Fermentation is the conversion of substances into simpler compounds with the help of microorganisms. The procedure takes place in a fermentor. Fermentor, also called a bioreactor is a vessel in which an optimum environment is provided to the microorganisms to produce the desired products. Students should know about the stages of fermentation. These stages are primary fermentation and secondary fermentation. 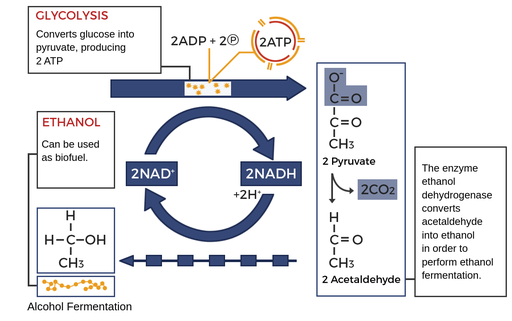 3. Relate to the real world

Color diagrams are effective for understanding difficult topics like fermentation. The diverse colors can make the topic easier for learners to understand. Additionally, visual representation can be stored in our memory more effectively as compared to verbal lectures. The fermentation is completed in several steps, so color diagrams can be helpful for this purpose.

Virtual lab simulation is an effective way to learn about fermentation. It can be helpful for teachers to explain difficult topics to their students. At Labster, we can provide 3D virtual simulations that have gamification elements like storytelling and the scoring system. It makes learning easier for students and also teaching easier for teachers.

Check out Labster fermentation simulation here, or get in touch to find out how you can start using virtual lab simulations with your students.