5 Ways to Make Law of Universal Gravitation an Approachable Topic

Ocean tides, rainfall, people’s movement on the ground, GPS satellites, and the moon orbiting the Earth, are all that are possible due to the existence of the force of gravity.

With so many space applications, the law of universal gravitation holds a special place in Physics. However, for educators teaching a Physics course, explaining this law can be a tough job.

Read on to learn three reasons why the universal gravitation law can be a little trickier for students and five ways to make it more fun and interesting for students.

3 Reasons Why Law of Gravitation can be Tricky

First, let’s start with three reasons why the law of universal gravitation is a little tricky for students.

1. The Concept of Gravity Feels Abstract

The concept of gravity seems abstract to students since it is an invisible force; you cannot physically show it to them. Moreover, students fail to figure out its origin. However, the fact is that it is a natural force that has existed since the inception of the universe.

2. Mathematical Derivation can be Challenging

Physics laws are governed by mathematical expressions. For some students, who are not good at mathematics, this can be a challenging aspect. Since multiple variables are involved, it can be hard for them to figure out the appropriate relationship between variables, and then derive an accurate mathematical equation.

The force of gravity by which Earth attracts us is felt by us and keeps us firmly on the ground. However, Newton states that the law is universal i.e. it force of attraction exists between any two objects. That’s where students get confused because they haven’t experienced the other force which exists among objects.

5 Ways to Get Students Energized About Law of Universal Gravitation

Keeping in view the reasons why students find this topic tricky, here are five ways to get them excited about Newton’s law of universal gravitation.

An interesting way to start your lecture is with the tale of the people behind the science. When students learn about the life history of the scientists who discovered this amazing concept, they get intrigued to learn more about the subject. 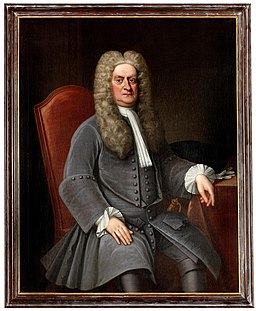 In this case, you can use the interesting story of Isaac Newton, who was the man behind the concept. According to a common myth, Newton thought of the Universal Law of Gravitation as he was seated under an apple tree and an apple fell on his head. Although some parts of it indicate what happened, the story isn’t true as a whole.

The correct version of the story is that when Newton saw the apple falling, he started to think from this perspective: The falling apple is accelerated. Initially, it had zero velocity when it was hanging on the tree. As it started moving downwards, it gained a certain velocity. This change in velocity produced acceleration which he called acceleration due to gravity. As per his second law, when a body accelerates some net force is acting on it. That points out that acceleration produced is due to the force of gravity.

Newton further pointed out that the force of gravity doesn’t only reach the top of a tree, but it extends beyond that; it reaches all the way to the Moon. The orbit of the Moon around Earth is actually due to this force.

Furthermore, the force of gravity is universal, and it’s just not between Earth and other objects. But it exists between any two objects that carry some mass. However, since the magnitude of this force between objects is so small that we hardly experience it. The Earth’s gravitation force is only experienced due to its larger mass.

2. Explain How the Law is Derived

An important aspect of Physics laws is their mathematical derivation i.e. how the phenomenon is mathematically represented. Students often find this part, hard and challenging. If the mathematical portion is explicitly explained in steps, then it may become somehow easier for them to grab the concept.

Newton’s law of gravitation is based on two main parameters i.e. the mass of each object, and the distance between them.

Since Galileo concluded that the acceleration of a falling object is independent of mass, so the force of gravity is a function of mass.

When Newton was pondering on the force of gravity, he wanted to generalize its concept and apply it to heavenly objects including Moon.

If the force of gravity is responsible for the revolution of the Moon around the Earth, this force must be the centripetal force since it is making the body rotate in the circle, and acceleration would be centripetal acceleration.

After experimentation, Newton found out that the centripetal acceleration at the Moon-Earth distance is about 3600 less than that on Earth's surface. And Moon’s distance from Earth is 60 times the radius of Earth. Combining, these two values, Newton concluded that the force of gravity is inversely proportional to the square of the distance between two objects.

Combining the two relations and adding a gravitational constant, Newton’s law of gravitation gets its final form.

3. Tell them Unknown Facts About Gravity

Students only have a basic notion of gravity. To make things more interesting, tell them peculiar facts about gravity. For students, some of these facts may be quite surprising.

Force of Gravity is Universal

People usually believe that gravity is the force by which Earth attracts every other object. However, there is more to the story.  The law of universal gravitation actually states that every two objects attract each other with some force which is proportional to the product of the masses of two objects.

Gravitational force is One of The Weakest Forces

Students may be surprised to find out that gravity is one of the weakest forces we know. Even the electrostatic force between the nucleus and electron of a microscopic atom is quintillion (it is one with thirty zeros) times the force of gravity in between them.

Students generally believe that gravity and weight are two same things since we usually explain that weight is the force of gravity acting on an object. However, there is a difference between the two when talking about space.

We incorrectly quote that there is no gravity in space, and that’s why astronauts experience the condition of weightlessness.  The reality is the opposite to that. In fact, the force of gravity there is about 90% of the force they would experience on Earth. Their weightlessness condition is due to the fact that the weight of an object is actually the force that Earth exerts back on them.

As an educator, if you are teaching Physics without mentioning the practical application. Then, it is likely that students won’t take interest in the discussion. If you think from their perspective, learning about a thing with no practical use seems absurd.

Laws of Physics are incomplete without practical experimentation. There are a number of experiments, you can perform to confirm the presence of gravity. However, one of the common experiments to find out the value of g is of swinging pendulum.

We hang a pendulum of some known mass with a string of length “l”. We set it into motion, and note down the time period for 10 or 20 cycles. Then, from the formula of the time period, we determine the value of “g”.

Normally, you will perform this experiment in the laboratory. However, Labster simulates this experiment. You can just change the parameters to see a change in the time period and the value of “g”.

So, Labster’s simulation of the Law of Universal Gravitation is extremely helpful in this regard. In this simulation, learn the basics of gravity from the mind of Isaac Newton; they travel in space, and perform orbit experiments there.