Law of Universal Gravitation: Use gravity to orbit the moon

Learn the basics of gravitation by weighing the famous scientist Sir Isaac Newton and observe the Law of Universal Gravitation in action by changing the mass of the Earth. Travel in space and perform a thought experiment about orbits. 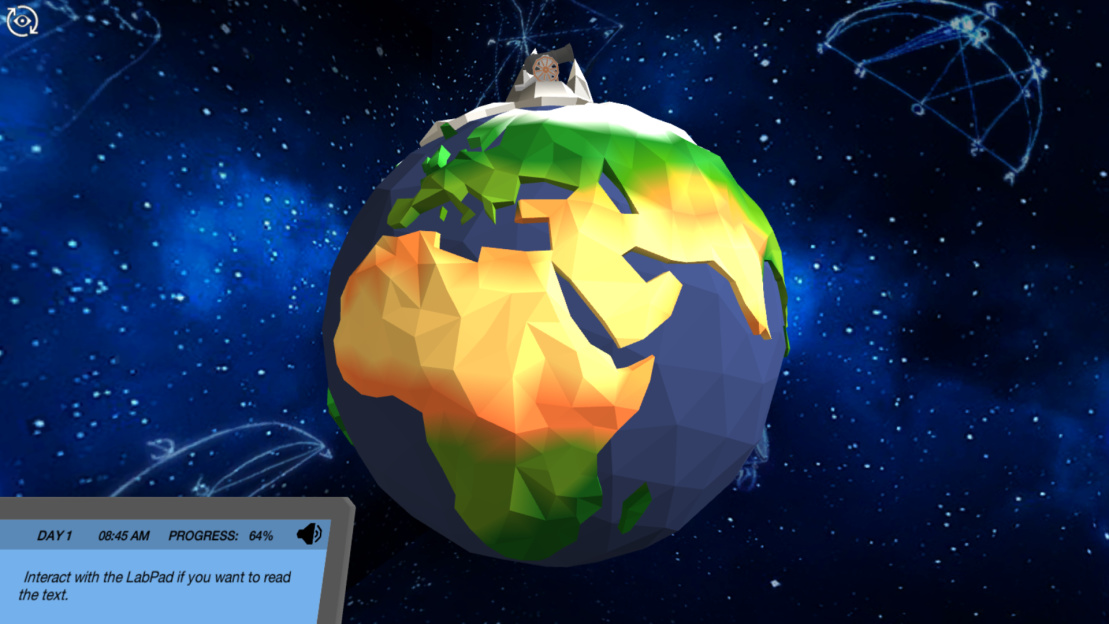 Enter the mind of Newton and learn why the moon does not just crash onto the surface of the Earth. Observe how the initial tangential velocity affects the orbit of a cannon ball around the Earth and realize the “distance dependence” of the gravitational acceleration. You are now one step closer to guiding a spacecraft with astronauts on their mission to orbit the moon.

In order to orbit the moon you have to know everything about the theory of gravity. In this simulation, you can learn all about it by having a look at the holo-table, where you can see the solar system orbit around the sun right in front of you. You will also learn the basic properties of the known planets of our solar system.

Changing the mass of the Earth during your first mission will affect the preset velocity of a spacecraft for entering a lunar orbit. Will you be able to find the correct velocity for entering circular orbit around the moon by changing the trajectories of the orbiting spacecraft? 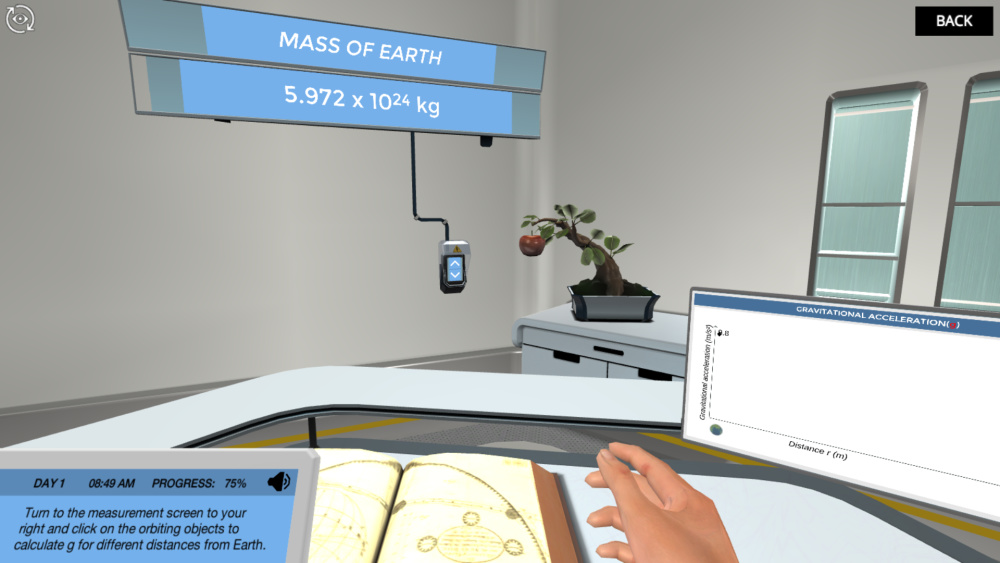 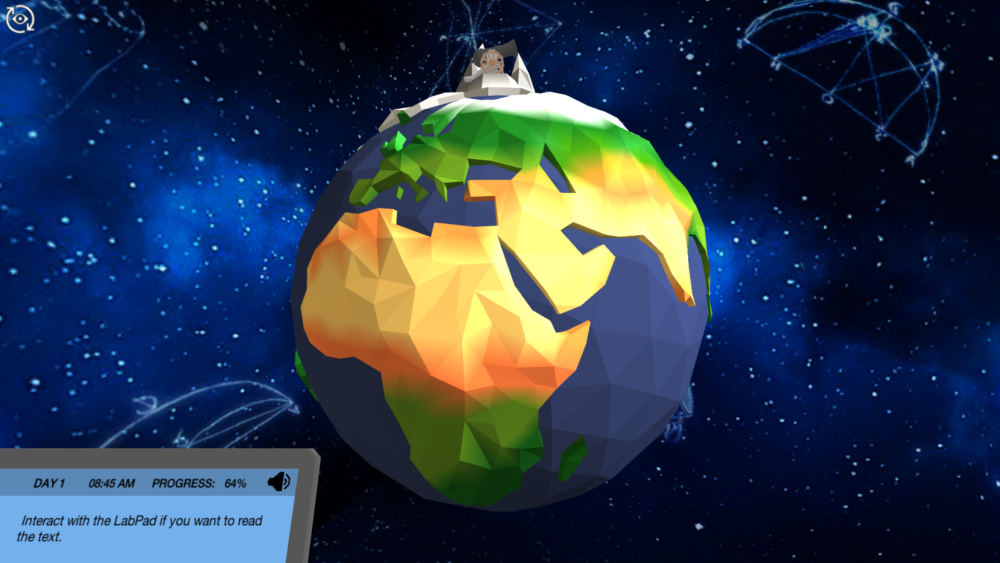 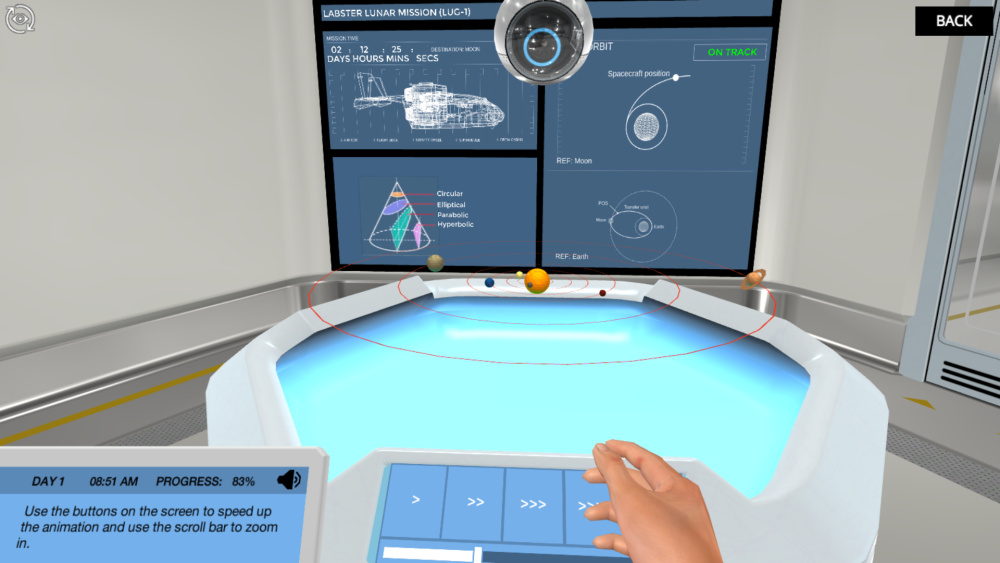 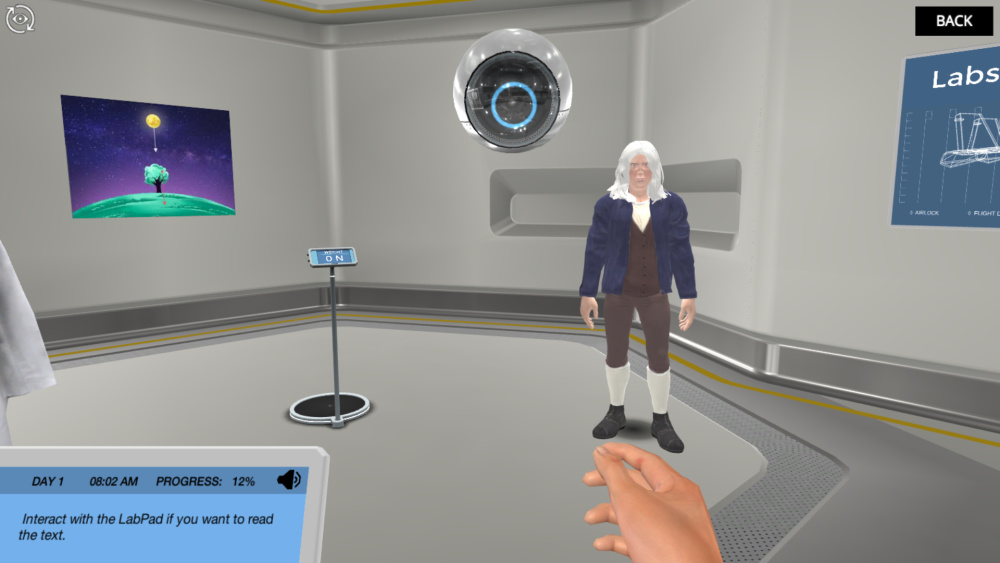