Organic chemistry is a branch of chemistry that deals with organic compounds and their structures, reactions, and properties.  In organic chemistry, the main element is carbon which has chemical diversity. Therefore, carbon has the ability to make chemical bonds with other carbon atoms and also with many elements such as oxygen, hydrogen, nitrogen, and halogens.

A carbon atom consists of six electrons. The 1s orbital needs 2 electrons of carbons to complete the orbital, so these 2 electrons do not take part in reactions. But the other four electrons are valence electrons that form covalent bonds to complete the orbit. That’s why carbon can form four covalent bonds and can form single, double, or triple bonds. As carbon can form bonds in different ways, it is important to determine the structure of the compound. For example, C5H12 is the formula of three organic compounds but they have different structures. So, these three organic compounds are isomers because they have the same molecular formula but different structures.

There are several aspects of organic chemistry that are quite confusing for learners. At Labster, we complied with all the complexities that student face during learning organic chemistry. Additionally, we provide practical solutions that teachers can use in their classes to convey information about organic chemistry properly. At the end of the topic, we will convince you why a lab simulation is important for students as well as for teachers to convey the concept more professionally.

Why organic chemistry can be tricky to learn

Organic chemistry is a giant puzzle and a demanding topic. Students need to memorize hundreds of reactions and their mechanisms, which is difficult.  You need to understand, think and then apply the knowledge. Many students cannot learn the reactions due to the complexity of the topic. If they learn about the reactions of alkanes, they may forget the reactions of alkynes. The reason is that these reactions are tough to remember.

As we know, the reasons why many students find organic chemistry a difficult topic, there are 5 ways that can make this topic more interesting and easier to understand for students.

1. People behind that science:

In 1834, Wohler worked with Liebig and published an investigation related to the oil of bitter almonds. In this research, they discovered that the oil of bitter almonds contains elements that showed the chemical composition of C7H5O. This compound was benzoyl radical. Through this research, Wohler and Liebig developed a new concept of compound radicals in organic chemistry.

Hydrocarbons are simple organic compounds that are composed of carbon (C) and hydrogen (H) atoms. These compounds can be straight chains or branched chains and have the same empirical formulas and show different chemical properties. Carbon atoms can join with each other to make a framework, while hydrogen atoms are attached to carbon atoms in various configurations.

Alkanes are known as saturated hydrocarbons. In these compounds, there is a single bond present between the carbon-carbon atoms and carbon-hydrogen atoms. Alkanes do not contain any functional group. Alkanes are the least reactive compounds that are commercially very important. The three smallest alkanes are methane CH4, ethane C2H6, and propane C3H8. 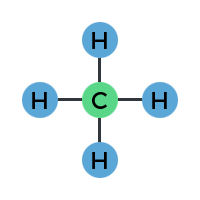 Figure: The structure of Methane from Labster Therory on organic compounds

Alkenes are those unsaturated hydrocarbons that consist of at least one carbon-carbon double bond. These compounds are more reactive than alkanes because of the presence of double bonds. For example, ethene (C2H4) is an alkene that consists of two carbon atoms, and propene (C3H6) is a three-carbon atoms compound having one double bond.

Alkynes are hydrocarbons that contain a carbon-carbon triple bond. Alkynes are the most reactive compounds as compared with alkanes and alkenes due to the presence of triple bonds. For example, ethyne (C2H2) consists of two carbon atoms while propyne (C3H4) is a three-carbon alkyne that has one triple bond. 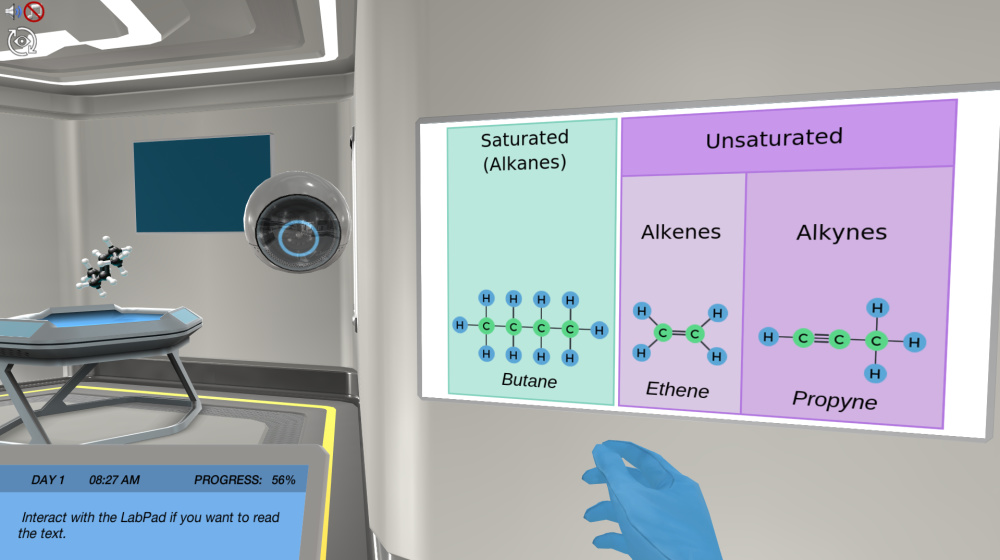 Figure: An image of structures of saturated and unsaturated hydrocarbons from Labster’s virtual laboratory on Organic Chemistry Introduction.

When a topic is complex and tough as organic chemistry, it is important to use images that can help in better understanding. When students see an image related to a specific topic during learning, it can be a more appropriate way to memorize it. If students find a topic tough and boring, the visual image can make the topic interesting. Since organic chemistry is full of reactions, structures, and formulas, color animations will help students to learn effectively about the topic.

Moreover, you can use color images, like the one mentioned below, that help students to learn about hydrocarbons. 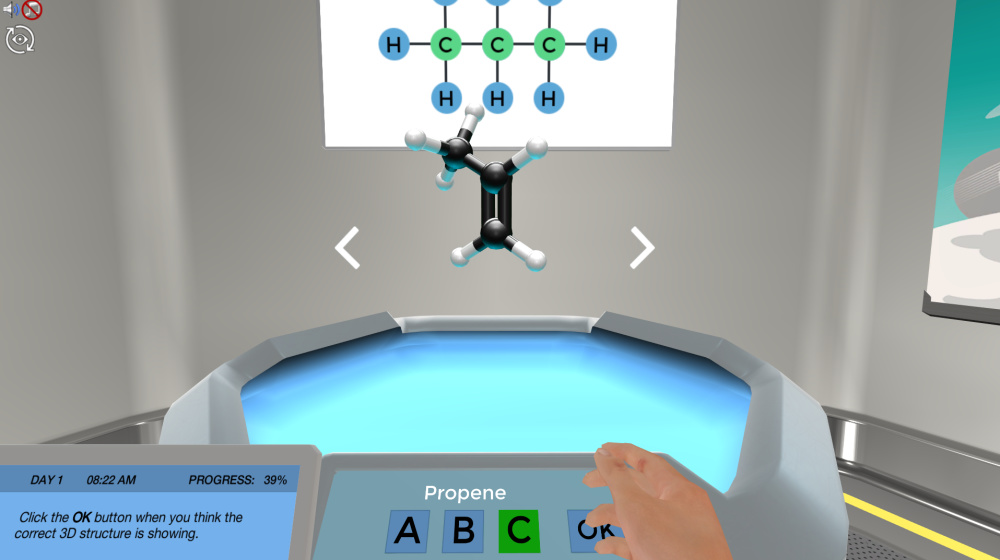 There are several chemical tests that are used for the identification of organic molecules. A chemical test is a fast reaction that is performed by using a test tube and provides quick results. Teachers can help their students to perform these chemical tests in the laboratory that help them to understand the topic more efficiently. It will help students to remember the reactions when the color of reactants changes at the end of the result.

Bromine test:Basically, the bromine test is sued for the identification of alkynes and alkenes. In this test, bromine is a reactant that adds to an organic compound to break the double and triple bonds. Bromine is an orange-brownish color compound. When it is added to a solution of unsaturated compound, it becomes colorless. Students can perform this simple bromine test in the laboratory and increase their knowledge related to organic compounds.

You can visit Labster’s Organic Chemistry Introduction which can provide you with all the knowledge about organic chemistry. This simulation contains all information related to the uses of organic compounds, identification of carbon valence electrons, nomenclatures, examples of functional groups, and reactions of functional groups.

So, learn more about organic chemistry introduction or get in touch to find out how you can start using virtual labs with your students.

General, Organic, and Biological Chemistry I