5 Ways to Get Students Energized About Electrolysis

Electrolysis is one of those processes which are widely used in the metal industry. Whether it's the extraction of metals from their ores, purification of metals, or electroplating of metals; all these applications involve electrolysis. Moreover, it is extensively used for manufacturing industrial chemicals like brine.

In layman’s terms, electrolysis is a process in which electricity is used to drive non-spontaneous chemical reactions. These reactions involve the breakdown of chemical compounds (electrolytes) into their constituent elements.

By learning about electrolysis, students gain insight into how different chemicals are made in industries. You might anticipate that kids might feel awestruck by such a significant process. However, they often seem less interested in this abstract concept, and teachers also find it challenging to teach.

Read on to learn three reasons why it is a trickier concept for students and five ideas to help both teachers and students to grasp this boring concept.

Why is electrolysis difficult for students to understand?

First, let’s talk about the three main reasons why students aren’t much excited to learn about Electrolysis.

Electrolysis is an abstract concept since students cannot visualize how a compound breaks down into constituent elements. It is a microscopic-level process that cannot be shown to students.

All they have is a diagram and a few chemical equations in their textbooks to describe the process. Students generally aren’t really interested in these equations unless you add some fun to them.

When studying electrolysis, students have to encounter various chemical equations involving the decomposition of electrolytes. First, they don’t understand what products will be formed and how the electrolyte will disintegrate.

Moreover, when drawing the process diagram and writing chemical equations, they mix up the type of charge on the anode and cathode, and what type of redox reaction takes place at which end.

To understand electrolysis, students need to have a basis of knowledge of cations and anions. Then, they must be able to distinguish between oxidation and reduction reactions, and which groups undergo which kind of reaction.

Moreover, in exams, they have to construct a properly labeled electrolytic cell, which is often challenging to remember as they often mix up signs of two electrodes. Collectively, all these things make this topic a little hard for them to memorize and understand.

Keeping in mind the points listed above, here are five ways to make Electrolysis a more exciting and easy-to-remember topic for students.

1. Show Them The People Behind Science

Tales of people behind the theory arouse students’ interest and make learning fun and exciting. Since the topic is quite dry to understand, a story can be an excellent start to your lecture.

The discovery of Electrolysis was made by two British scientists, William Nicholson and Anthony Carlisle. A series of exciting events lead to this discovery!

The Story of Leaked Letter

In 1800, Alexander Volta made out the first chemical cell (voltaic cell). You can think of it as an early form of a battery. A voltaic cell is precisely the opposite of an electrolytic cell i.e. it uses a chemical reaction to produce electric energy.

The story begins when Volta sends a letter to the President of the Royal Society in London. This letter contained all the confidential details of the voltaic pile created by Volta. Somehow, the letter details were leaked to Anthony Carlisle. He was quite impressed by the discovery and called his friend William Nicholson.

They both decided to make the Voltaic pile as instructed in the letter. They constructed a pile of half-inch zinc coins stacked upon each other and placed them in salt water. To complete the circuit, they connected the stack of coins with steel and passed the current through the circuit. As soon as the current passed, they saw bubbles in the water, indicating the presence of a gas.

After further experiments, it was revealed that gas was hydrogen and oxygen, and they have been formed by the disintegration of water. This experiment paved a way for a new avenue of research. Later, scientists learned how other compounds can also be decomposed using the same process.

Though the process of electrolysis was discovered in 1800 by Nicholson and Carlisle, the term “electrolysis” was first used in 1839 by Michael Faraday, who is also known as the Father of electricity. Michael Faraday devised his own experimental setup which was much simpler.

2. Relate it to the Real World: Discuss Applications

Electrochemistry is one of the driest subjects of chemistry since it involves a lot of chemical equations, which students don’t like at all. Students usually ask, “Why I am learning this?”, “Where is it used?” So, it is best to mention their applications in real life.

Electrolysis has a wide range of applications in our industry. For instance, one of its main use is in the extraction and refining industry. Aluminum is one of the most abundant elements on Earth but the problem it is found as ore, Aluminum Oxide (Al2O3). To separate Aluminum from its ore, we use electrolysis.

In the extraction process, the Aluminum oxide is melted and used as an electrolyte in the cell with the graphite electrodes. Since Aluminium is electropositive, it forms a cation. The cation of Aluminum undergoes a reduction process and pure Aluminium gets deposited at the cathode. Whereas, oxygen ions are oxidized at the anode forming oxygen gas.

Electrolysis is extensively to produce useful chemicals in the industry. For instance, an important industrial chemical brine is formed using electrolysis. Moreover, if you are interested in breaking down water into its constituent elements i.e. hydrogen and oxygen. This can also be achieved through electrolysis.

Lastly, if you have seen decorative coatings on jewelry items, utensils, or auto parts. The coating is done to prevent metal parts from corrosion or changing their appearance. It is done by a process called electroplating, which involves electrolysis.

In electroplating, the material which is to be coated, acts as the cathode, whereas the layer of material you want to coat, acts as an anode. So, when electrolysis takes place, ions from the anode travel through the solution and get deposited on the cathode.

3. Use Animations to Explain the Process

An interesting way to explain an abstract concept like electrolysis is through the use of animations. Animations in which a constituent element breaks down and forms two ions can be a better way to explain the process. 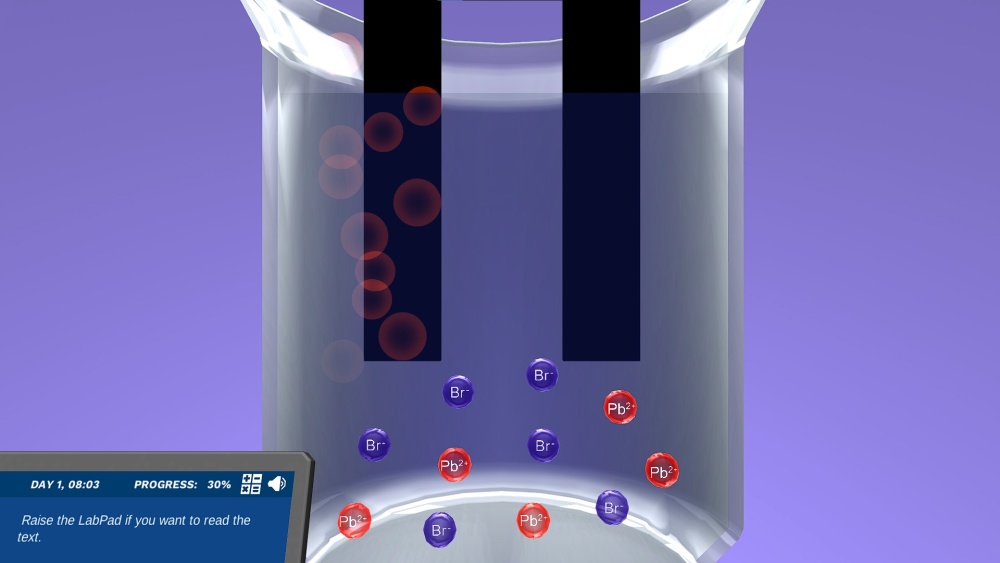 This image is from Labster's Electrolysis Simulation.

Animations can help you understand the concept. However, when it comes to memorizing the things to prepare for exams, students often find it challenging. They mix up the signs of electrodes and the difference between the type of reactions.

The three memory aids listed below can save your pupils time, clear up any confusion, or inspire them to create their own.

TheA+ indicates the anode is positive while the other electrode, the cathode is negative.

A unique and modern solution to teach electrolysis is through virtual lab simulations. And that’s where we can help. At Labster, we have designed fully interactive and advanced lab simulations on a wide range of science topics. These simulations are set up in a 3D world that involves interesting stories and games related to the topic. Students learn and play at the same time. 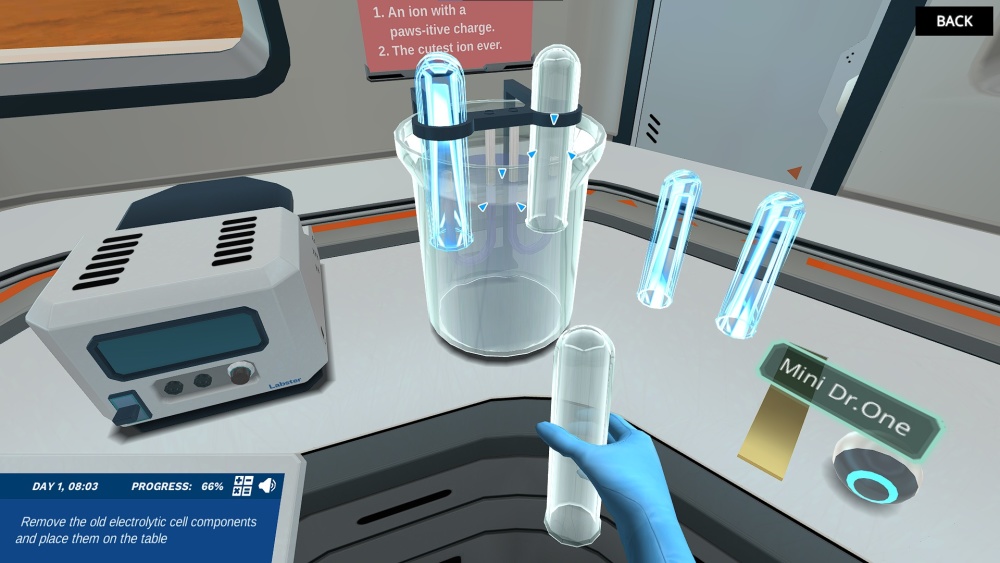 For the concerned topic, you can check out Labster’s Electrolysis Simulation, in which students experiment with electrolytic cells in a lab set up on Mars. Their target is to make hydrogen fuel for their Mars rocket using these cells.

To learn more about how you can get Labster’s simulations for your students, contact us now.