5 Ways To Get Students Interested In Hydrocarbon Nomenclature And Representation

Hydrocarbons are a subgroup of organic compounds composed entirely of only carbon and hydrogen atoms. They can be simple or complex. They are generally classified into four subcategories namely 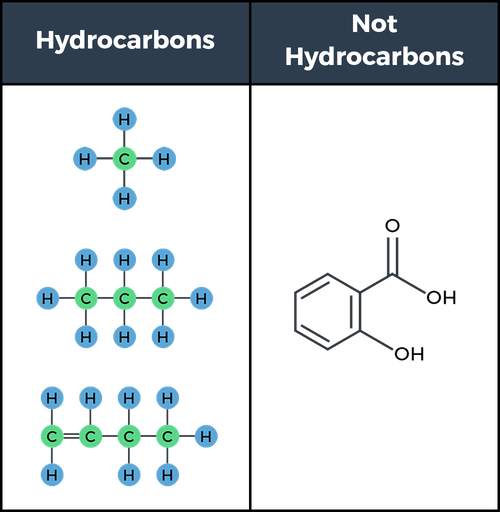 Figure 1: Left: is a molecular structure that is a hydrocarbon, such as methane, propane, and 1-butene. Right: is the structure of salicylic acid, which is not a hydrocarbon.

Read on for some thoughts on why this can be a difficult topic for teachers and students, five suggestions for changing it, and thoughts on why virtual labs can make things easier.

Why hydrocarbon nomenclature and representation can be tricky to learn

There are three reasons in particular why hydrocarbon nomenclature can be difficult, even for the most diligent of students.

1. There is a need for a basic understanding of the classification of hydrocarbons

Hydrocarbons can contain single, double, or triple bonds, which determines the nomenclature of the compound. 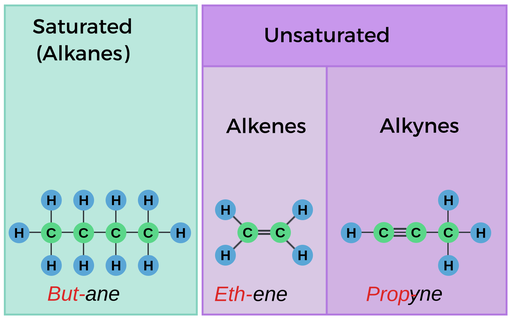 Figure 2: Role of the prefixes in names of hydrocarbons.

3. It includes suffixes and prefixes in its nomenclature

The second part of the name - the suffix - is determined by whether double or triple bonds are present. A visual representation of these principles can be seen below 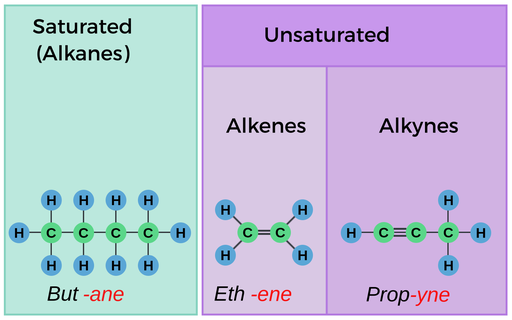 Figure 5: Overview of the nomenclature principles of simple hydrocarbons.

Only the carbon and hydrogen side groups in organic compounds have the same prefix as the hydrocarbon and the suffix  '-yl'  is used.

With these points in mind, here are five things you can consider introducing into your chemistry class lessons to make them more engaging, approachable, and enjoyable to teach for you and to learn for your students.

Antoine-Laurent Lavoisier was born into a privileged family on August 26, 1743, in the French capital, Paris.

His father was Jean-Antoine Lavoisier, a lawyer in the Paris Parliament. His mother was Emily Puntis, whose family fortune came from a butcher shop. She died when Antoine was five years old, leaving him a large sum of money.

Lavoisier studied law to please his family but was especially interested in science. He proposed the law of mass conservation. Lavoisier spent a lot of time isolating elements and breaking down chemical compounds. He discovered a system of naming chemical compounds consisting of several elements. Most of the systems are still in use today. He also named the element hydrogen.

2. Apply lessons  to the real world

Hydrocarbons are very useful in our everyday lives. For instance, we need some energy to carry out our daily activities. This energy could be in the form of fuels for powering mechanical and electrical activities that enable us to drive to and from work, power machinery, etc

3. Explain the numbering rules in hydrocarbon nomenclature and the concept of isomerism.

When side groups are present on the longest chain of carbon atoms, they are numbered according to the carbon to which they are attached. The carbon number for this group of organic compounds is thus assigned:

Structural isomers are compounds that have the same molecular formula but different atomic arrangements. There are several subgroups of structural isomerism. In chain isomers, the carbon skeleton of the compound is rearranged but still contains the same number of carbon and hydrogen atoms. 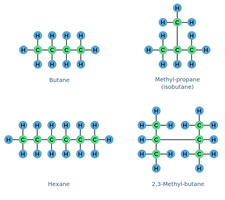 Branched-chain hydrocarbons are sometimes named for the prefix they would receive if all the carbons were in one chain. for example, methylpropane, which has four carbon atoms, is also often called isobutane, where iso means the structural isomer of butane, which can only be methylpropane.

A skeletal formula is a simple representation of an organic compound. Instead of listing all the carbon and hydrogen atoms, they are indicated by angles, also called "vertices," on the structure. For example, see Figure 7. Only carbon and hydrogen can be removed in this way.

Skeletal structures are a great way to show important aspects such as the functional groups of an organic compound.

5. Encourage the use of virtual lab simulations

A unique way to teach about hydrocarbon nomenclature and representation is through a virtual laboratory simulation. At Labster, we’re dedicated to delivering fully interactive advanced laboratory simulations that utilize gamification elements like storytelling and scoring systems, inside an immersive and engaging 3D universe.

Learn more about the hydrocarbon nomenclature and representation simulation here or get in touch to find out how you can start using virtual labs with your students.