The one gene responsible for producing a specific characteristic is referred to as the "monogenetic" in the field of genetics. A condition that is determined by the interplay of a single set of genes is referred to as a monogenic sickness or a monogenic disorder. Contrary to this, a polygenic disorder is one in which multiple genes are implicated (hence the term "polygene"). The incidence of the monogenic disorder is significantly lower in humans compared to that of the polygenic disease. It is also simpler compared to the latter but may follow a sequence depending on Mendelian inheritance. Both of these advantages make it preferable. Because monogenic diseases only involve a single set of genes, it may be simpler to pinpoint the faulty or mutated gene that causes them than it would be in the case of polygenic diseases.

Mutations in a single gene on the X chromosome are responsible for X-linked monogenic diseases. Hemophilia with Duchenne muscular dystrophy are two examples of these conditions. Y-linked monogenic illnesses are extremely rare conditions that are caused by mutations in a single gene located on the Y chromosome. They are handed on from fathers to sons in male families. Another case of a monogenic condition is a mitochondrial disease, which affects the mitochondrial DNA and is transmitted from the female to the offspring. 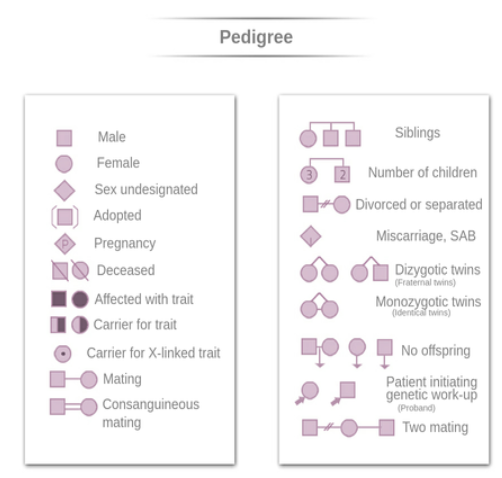 The process of using genetic testing to diagnose monogenic diseases requires the coordinated efforts of a large team, including genetic counselors, doctors, nurses, and genetic scientists. Genetic counseling and risk assessment are inextricably intertwined with one another. When people seek genetic counseling, they want to know their particular risks; in genetic counseling settings, risk estimations are communicated to the individual being counseled. It is required that risk assessment be carried out or monitored by a medical expert who has received training in genetic counseling. Mendelian risk estimates are only able to be provided when it is possible to identify a disorder as having a distinct basis in the inheritance of a single gene. They frequently enable a clear division between groups of negligible risk and great danger, which is one of the primary reasons why they are considered to be the most suitable kind of risk estimation. Genetic counseling couldn't be made mandatory any more than any other aspect of medical care; however, it should be made available to patients before and after genetic screening and should come with a strong recommendation. Pre-test genetic counseling is required to inform individuals about the purpose of the test, provide an accurate and up-to-date description of the symptoms and natural history of the disease, discuss the likelihood of disease treatment or prevention inheritance pattern, the development of disease in the counsellee's scenario, accessible reproductive options, reliability, and drawbacks of the test in question, and discuss the possible psychological effect and other effects of the test result to both the counsellee and her family.

Why are monogenic disorders a challenging topic for students?

More than just genes, characteristics, the cell cycle, mitosis, meiosis, phenotype and genotype, etc., are involved in Mendelian inheritance. Students frequently have trouble understanding the precise meaning of terms like "alleles," "dominant," "recessive," "heterozygous," and "homozygous," as well as "The Law of Segregation," "The Law of Independent Assortment," and "co-dominant characteristics," etc. In addition, a significant number of students have a fundamental misunderstanding of the distinctions between "character and character states/characteristics," "autosomal plus sex-linked traits," and other similar concepts. Understanding and evaluating inheritance patterns through the use of pedigrees can be an incredibly challenging undertaking for those who do not have an a priori clear comprehension of these usual notions. They need to make additional efforts to comprehend these terminologies, which is a tedious procedure that does not last for a very long time.

The concept of genetics, heredity, cell division, and the change of phenotypes, amongst other things, is such a raw and extensive topic for students to study. The topic of this issue presents difficulties for students for a wide number of reasons. It is possible that some of the students may not have a basic comprehension of the principles underlying cell biology. As a result of the fact that it is a fundamental component of genetics, they can experience some difficulty. They will need to work through one Mendelian genetics-related challenge after another until they have a firm grip on the underlying patterns in order to be successful.

The ability to relate the existence or absence of a feature or disease among various generations is necessary for students to solve pedigrees. Any diversion at any time could render the entire effort pointless. This highlights the necessity of entertaining resources that can maintain students' interest and involvement when teachers demonstrate how to trace ancestry using pedigrees. Furthermore, it becomes challenging for teachers to guide each pupil through each stage of lineage analysis. This ultimately manifests as a lack of experience and a frequent reluctance to tackle pedigree problems.

It is crucial that students understand the fundamentals of genetics and inheritance. The following subjects should be covered in-depth by educators as a first step.

Make sure students understand how they can be used in genetic diagnostics. When students are being trained to learn this method, they must be informed about the practical uses of the Punnett squares. This can inspire them to study the material with more zeal and enthusiasm. Punnett squares have a wide range of practical applications and are not just used in academic games. Example: It is advisable to verify with your genetic counselors before conception if your companion is a carrier for an inherited genetic condition. By resolving the Punnett square and performing pedigree analysis, they would be able to estimate the likelihood that your kid would be affected.

Activities like investigating pedigree trees may be provided to students in order to help them estimate the genetic makeup of a family. The same principles that apply to the coloration of mice's fur also apply to certain people's color blindness. Will it be possible to predict whether the patient's progeny will carry on his eyesight impairment? Instead of shoving laws and facts down students' throats, engaging their minds is preferred.

Students may find it challenging to comprehend how genes lead to trait development, commonly known as an inheritance because it occurs at the molecular level. These biological ideas would be a lot easier for pupils to understand if they were depicted graphically. Thanks to technological advancements that educators can take advantage of, the use of 3D models or visual representations of events like crossing over or equitably distributed chromosomes could be made feasible in the classroom.

5. Use of virtual lab simulations

A virtual lab can be used to instruct students on the inheritance processes. Labster's cutting-edge laboratory simulations utilize gamification elements like narration and score systems in an immersive 3D arena where you may learn how to create a pedigree in 3D Inheritance with Pedigrees simulation. You can speak with a young couple about the likelihood that their future offspring will have cystic fibrosis. By leveraging the fundamentals of inheritance, your students can actively learn about color blindness and eye color in the Monogenic Disorders simulation.