The structure and function of animal cells is one of the fundamental topics in biology. High schoolers would already start learning them, and in university, students take on this topic in more detail.

Cells are the building blocks of living things. It’s important to study them to better understand how the body works. Studying animal cells can be an intricate exercise, especially because students cannot see cells with their unaided eyes.

Despite their miniscule size, animal cells house many parts called organelles. Each of these organelles fulfills specific roles. But since these parts are smaller than the cells themselves, they also cannot be seen with the naked eye.

Different animal cells also come in many shapes, sizes, and forms. Some cell types also have a unique set of organelles not found in other cells. These differences bring about challenges for students learning this topic.

For some learners, studying animal cells can be mentally taxing. But there are many ways to make students more interested in the topic. Read on to find out how.

First off, let’s take a look at why students have a hard time studying animal cells. Here are the top three reasons students talk about and teachers encounter.

1. They cannot be seen with the naked eye

Animal cells are microscopic. That means students cannot see them with just the untrained eye. They need to use microscopes to see the cells.

Even with microscopes, the individual organelles are still too small to be seen. This gives students a harder time fully grasping what organelles do and where they are in the cells.

2. They have many different parts

Animal cells contain more than a dozen organelles. These sub-structures are responsible for keeping the cells alive and allowing them to carry out their specific functions.

The nucleus, ribosomes, and mitochondria are just some of the various organelles animal cells need to function properly. Each of these parts have unique functions. For students who encounter these for the first time, getting a good grasp of the concepts can take a lot of mental effort. When all these concepts are introduced simultaneously, it becomes all the more difficult for students. 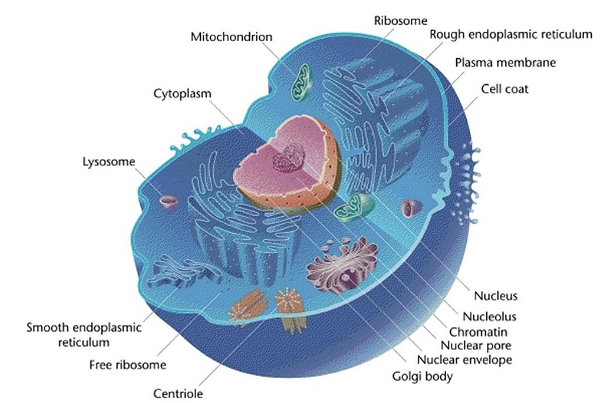 3. The topic involves much detail

Each part of the animal cell has specific roles to play. Each organelle may even have different roles in different cells. These details often get lost in the minds of students, especially if they have to study all of them at once.

For example, the mitochondria is mainly known as the part of the cell that produces energy. But the mitochondria also has a role in inheritance, as it contains DNA. This so-called mitochondrial DNA is passed on from the mother to her offspring. This detail is often left out in typical classroom discussions of animal cells.

Another example is the nucleus. Most animal cells contain nuclei, which house the organism’s DNA in the form of chromosomes. However, some cells don’t have nuclei, like red blood cells. With that, red blood cells have no DNA in them.

These and many other intricate details may turn into information overload for most students.

Knowing the challenges that students face when studying animal cells, here are five tips for educators. Each tip addresses a specific challenge that students encounter with this particular topic. If teaching animal cells can be made more engaging to students, they will master this topic faster. They will also recall key concepts more easily when they take higher biology courses.

1. Talk about the people behind the science

The discovery of animal cells was a team effort by several scientists spread across many decades. The word “cell” was coined by English scientist Robert Hooke in 1665. He first improved the design of the compound microscope. He used his device to peer into a sample of cork. He found that the cork had honeycomb-like spaces, which he called “cells.” He used the word because the pattern in the cork reminded him of cells in a monastery. He then detailed his findings of this previously unseen world in his book Micrographia.

A few years later, Dutch scientist Anton van Leeuwenhoek created his own improved microscope design. With it, he discovered little microscopic organisms that he called “animalcules.” These were later classified as bacteria and protozoa. He was even the first person to describe the appearance of sperm cells under the microscope, which he did in 1677.

In later years, more scientists began to observe and describe cells. They figured that plants were made of cells because of the clear demarcations of the cell walls. But for animals, scientists thought they were made of “globules” because animal cells do not have cell walls.

It was not until 1839 that it was established that animals were also made up of cells. That year, German biologist Theodor Schwann concluded that cells were the basic units of animal structure. It was also in 1839 that cell theory was defined.

But cell theory at that point still had a few kinks. For instance, Schwann thought that animal cells formed through crystallization of material from surrounding cells. Then, in 1855, German biologist Rudolf Virchow discovered the truth – that new cells can only arise from existing cells. This discovery further refined and solidified cell theory.

Later on, in the 1880s, joint studies of American biologist Walter Sutton and German biologist Theodor Boveri gave rise to the chromosome theory of inheritance. They described how chromosomes were responsible for passing on traits from parents to offspring. This principle was confirmed in the 1950s when English scientists James Watson and Francis Crick discovered the structure and function of DNA.

New discoveries about animal cells continue up to this day. Perhaps in the future, your students can contribute to this widening body of knowledge!

2. Use colored diagrams and animations

Animal cells are full of varied organelles. Students will enjoy learning this topic more when they can see colored images and diagrams. The diverse colors make it easier for students to distinguish the different organelles from each other.

Animal cells are a visual topic; therefore, the use of visual aids is imperative. Pictures, illustrations, and diagrams will help shed light on the different structures present in animal cells, as well as their respective functions. Animations will also help, especially with the parts of the cell that are moving like the cytoskeleton.

Interactive simulations, like the image from Labster below, can further help students appreciate the complexity of animal cells. 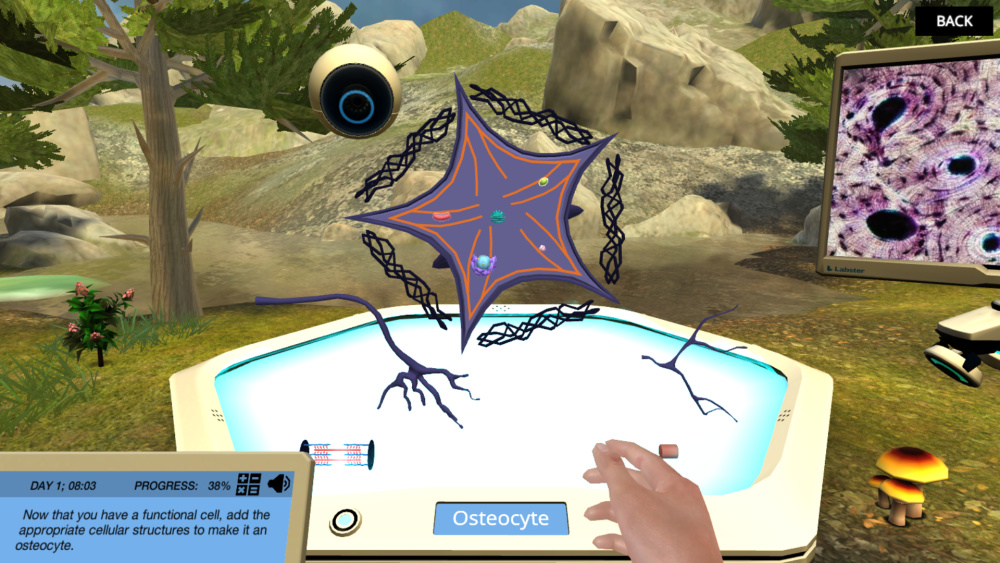 For students to learn animal cells more effectively, they need to have a proper grasp of the basics first. Educators may need to reinforce some foundational concepts, such as:

Once students have the basics straightened out, studying animal cells becomes much easier.

4. Use analogies for easier recall

Analogies can help students more easily understand the functions of each organelle. For example, as the popular saying goes, the mitochondria is the powerhouse of the cell. With that, students will always remember that mitochondria are responsible for providing energy for the cell to use.

Other analogies include the following:

Analogies that use real-world examples to define the functions of organelles, like the ones above, work best to facilitate mastery of these concepts.

Virtual lab simulations are excellent tools for teaching Animal Cells. Labster is determined to deliver fully interactive advanced laboratory simulations that make use of gamification elements like storytelling and scoring systems while exposing students to an immersive, realistic, 3D environment.

Check out this simulation of Building Animal Cells at Labster. This activity will have students locate the sites of injury of a hurt chimpanzee. After learning all about it, your students can be more confident when they will do it on their own in a real lab! The image below is an example of what students can explore in the simulation.

Please take a look at the following GIF from Labster's Building Animal Cells Virtual Lab or get in touch to find out how you can start using virtual labs with your students.