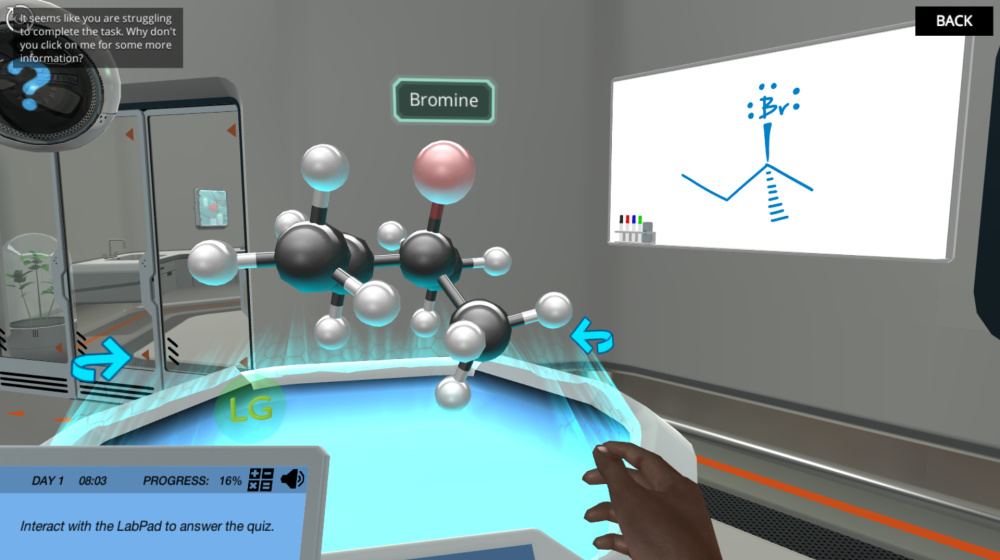 Why do students struggle to learn elimination reactions?

Before going for any topic, the basics of the topic must be cleared. To teach the organic compound, you must first clear the concepts of basic organic chemistry. They don't know about the functional groups, attacking and leaving groups in any compound. Before going further, you must clarify what saturated and unsaturated organic compounds are. They also face difficulties when they have to identify any organic compound by the IUPAC name.

2. A large number of reactions and reaction mechanisms

Theoretical studies of organic compounds and reactions are tricky because most compounds have 3D structures. Organic reactions involve complex reactions mechanisms that are difficult to understand theoretically. You can use 3D models of organic molecules so that students easily understand the structures of molecules. For reactions, mechanisms must use video graphics; if possible, draw the complete mechanism along with arrows identifying the reaction sites and reacting groups.

1. Review the basics of organic reactions

Before going to organic reactions following terms must be cleared:

The main feature of an elimination reaction in organic chemistry is that two substituents are removed from a molecule, forming a double bond. Often, one of the substituents will be hydrogen (H+).

Figure 1. Generic representation of an elimination reaction. Two substituents are removed from the reactant, and the product contains a double bond (Image source Labster theory).

The E1 elimination is a type of elimination reaction in organic chemistry. It takes place in two separate steps, but one of the reactants only limits the reaction rate. Figure 1 & 2 here provides an example of E1 elimination.

The leaving group - bromide - takes the electrons from the detaches from the main molecule, which becomes a carbocation. Carbocations are not stable, so some further reaction must occur!

Because the reaction goes through a planar carbocation intermediate, there is no specific selectivity towards cis or trans for the product. Usually, the result will be a mix of the two.

The leaving group takes the electrons, detaches from the main molecule as a base, and abstracts a proton. Notice there is no intermediate formation of a carbocation.

As the E2 reaction takes place in a single step, the reaction products will all have the same configuration, and the product with trans configuration will be far more dominant. This is due to the fact that the leaving group and the base-removed hydrogen will tend to be antiperiplanar, that is, on opposite sides of the bond of the two carbons that the involved groups are connected to. This is a unique trait of the E2 reaction.

3. Explain the factors that influence E1 and E2 reactivity

These factors generally increase reactivity towards an E1 elimination:

E2 eliminations are for many factors influenced in a similar way as for the E1 type.

4. Explain Zaitsev's rule and the use of cyclohexanol to create cyclohexene

Add a catalytic amount of phosphoric acid with cyclohexanol in the first step. Heat this mixture, and upon heating phosphoric acid protonates the -OH group of cyclohexanol. Results into -OH⁺₂ which is a good leaving group. By the elimination of the -OH⁺₂ group, a carbocation generates, cyclohexene results in the last step by the elimination of the neighboring proton.

Figure 5. Elimination reaction of cyclohexanol to create cyclohexene (Image source generated by my self)

In Labster’s interactive Elimination Reaction: Use cyclohexanol to create polymers Virtual Lab, you will learn the ins and outs of Elimination Reactions in Organic Chemistry. You will get hands-on experience with some alkyl halides and discover how they go through the E1 and E2 eliminations.