Most living organisms on our planet tend to live in groups in an interdependent and interlinked manner. Those belonging to the same species and living together for mutual benefits constitute a population. In Ecology, a population is the smallest assemblage of individuals of the same species that live at a particular place at a particular time and can interbreed and produce more of their kind.

Teaching this topic to high school or university/college students can be a task as students very often miss out on understanding the importance of the subject. Dealing with Ecology concepts and ideas is a challenging task as it tends to portray several gaps that educators find hard to bridge solely with textual tools.

We, at Labster, understand the complexities faced by students and teachers alike while dealing with Population Growth. To solve these issues, we have compiled some resources here. This article can provide some help as it attempts to identify the major issues encountered by students while studying this topic. It also lists practical solutions that teachers and educators can incorporate while teaching the same in their next class. By the end, we’ll convince you why a virtual lab simulation will prove useful not only for your students but also for you as an educator to deliver concepts more efficiently.

Why can Population Growth be tricky to teach or learn?

There are 3 reasons why students dread and confuse the topic of Population Growth. Acknowledging these issues is the first step towards making the topic more approachable.

1. Value addition to the existing knowledge base looks minimal

When students are introduced to the topic of population growth, they fail to comprehend how it’s adding value to their knowledge base. They also question how studying population growth will help them formulate better ecological hypotheses. Finding no real-time utilization of the insights gained from this topic makes it appear less worthy to learn.

Since the topic has too many terminologies and concepts that find vivid usage in this subject, it can sometimes be quite taxing for students to account for population growth in terms of all the above-mentioned factors. For this reason, they seek some demonstrative learning sessions where they can visualize and learn how the exponential model of growth is different from the logistic model of growth. Educators search for graphical representations and meaningful infographics using which they can explain the ideas of different population growth-related curves (J-shaped, S-shaped, mortality curves) but due to the lack of good options in the public domain, they feel challenged in delivering insightful lessons on the subject of population growth.

To address the issues encountered while teaching about Population Growth, educators can engage the under-listed solutions in their classes. Not only can they make teaching easier for educators like you but will also make lessons clearer and easier to assimilate for your students.

1. Start with solidifying the core concepts!

We recommend educators begin with the basics of the subject and clarify the meaning of the commonly used terms. This can create a comfortable space where students can put forth their hypotheses and also ways to test and prove them.

We list a few topics that should be focused on in the initial classes on population growth.

2. Talk about the subject’s importance

Since the breadth of the subject is quite wide, we recommend educators keep their students motivated by stressing its importance in the world. The ecological balance of this planet and the contributions of different populations can never be overemphasized. Young learners should be made to recognize how interdependency in the ecological setup helps in maintaining optimal conditions for our survival. While in the consumerist world, we tend to ignore the Ecology concepts and ideas but they are vital for our existence.

Example: Without regulating the growth rate at which the human population is expanding, we shouldn’t hope for a very decent future. In the past few decades, the human population growth rates have been striking and concerning. This has pushed nature beyond its natural potential and resource availability. The utilization of natural resources has now taken an ugly turn and turned into exploitation. Studying the population growth of human beings and controlling it before it's too late can be a good topic to debate and discuss in your next class. This will help in highlighting the importance of the subject to your students. 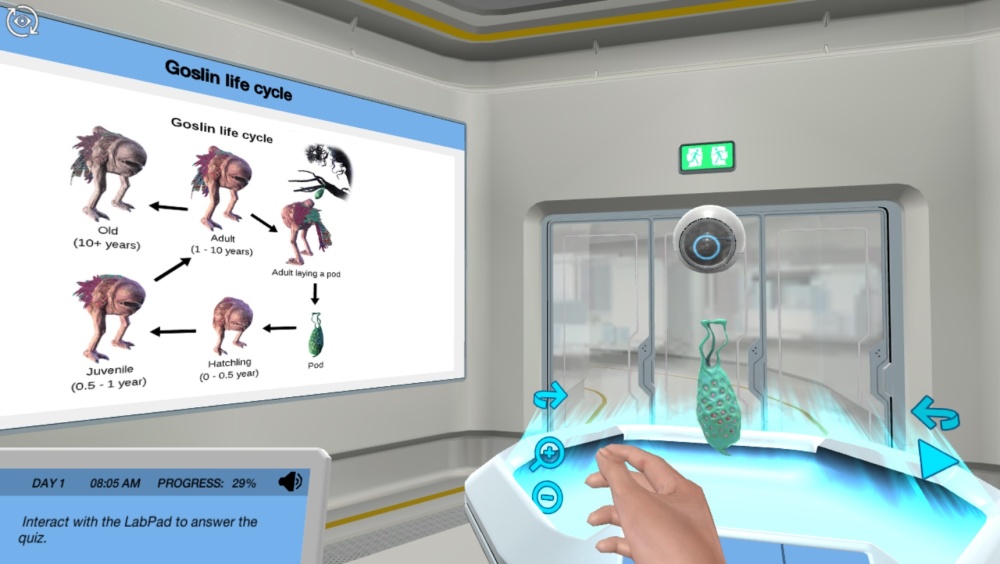 Figure: A snippet from the Population Growth simulation by Labster where you can learn about the idea of the life cycle of a particular species. It is available for University/College classes.

We recommend using infographics, flowcharts, illustrations, and simulations where ideas like carrying capacity and thresholds are easy to represent and explain.

4. Storytelling can be helpful

Several ideas can be better explained when weaved into stories. Population growth is a very general topic that is referred to in several ways in biology, ecology, taxonomy, statistics, etc. We recommend educators explain the relevant terms and their meanings by creating stories around them. This makes the topic easily assimilable for students. We list a few topics around which you can weave a story. 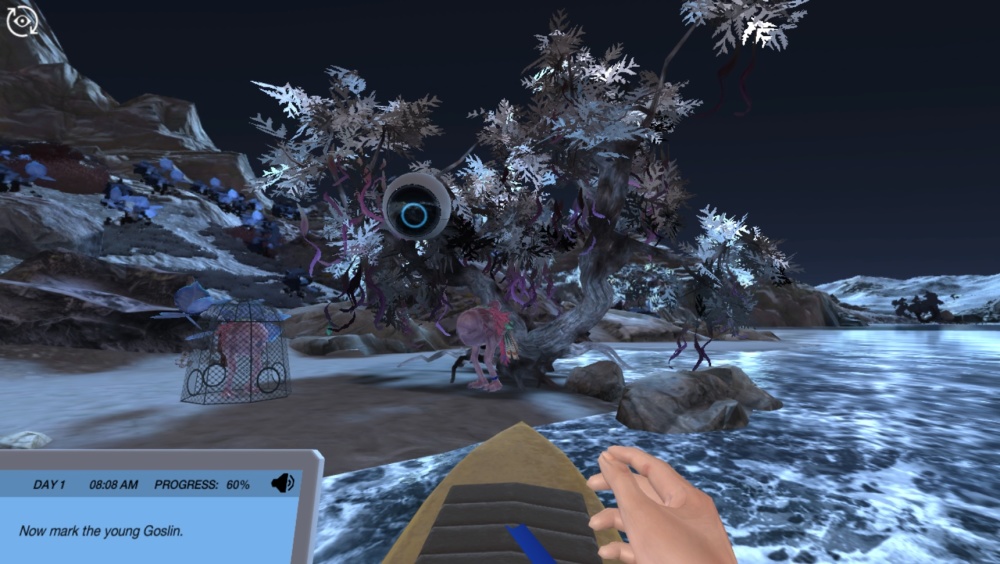 Figure: A snippet from the Population Growth simulation by Labster. It is available for University/College classes.

Since the topic of Population Growth requires students to think critically and logically hypothesize before beginning the experiments, we recommend educators use more engaging tools that can objectively deliver the crux of the subject.

We, at Labster, understand the complexities faced by students and hence recommend educators make full use of the Population Growth simulation. In this virtual lab, they can work with ecologists and devise conservation strategies to protect fictitious species (Goslin population) on a newly discovered exoplanet, Astakos IV. As they delve deeper and engage with the various tools of the simulation, they can learn about population structures, population stability, prediction models and conservation strategies using mathematical models, etc.

Teachers and educators can make more insightful points as students are rendered with better Pictionary options where they can follow the different concepts in a free-flowing manner. By using this way of active and immersive teaching, our virtual learning platform takes an advent in the field of Science to make the upcoming scientists thorough with the “basics of their respective subjects”.

You can learn more about Population Growth simulation here or get in touch to find out how you can start using virtual labs with your students.

Figure: A snippet from the Population Growth simulation by Labster where students can engage with ecologists and learn about different aspects of population growth. It is available for University/College classes.