Oxygen is a very important component of life. Human beings and marine life depend on oxygen. Water contains dissolved amounts of oxygen, and marine animals consume it according to their body needs. Fishes are the most important and vast species of marine life. So the effect of the concentration of dissolved oxygen in marine water on fish is high and the quality of water also affects the mechanism of marine life.

Now when we talk about the thermal effects, the first thing comes that comes to mind is temperature. Any change in temperature causes a disturbance in marine life's oxygen levels. When water temperature increases, oxygen's solubility in water decreases. This causes a lower proportion of dissolved oxygen in marine water. There is an inverse relationship between temperature (thermal energy parameter) and oxygen level. Lower oxygen concentrations hurt marine life. It can affect many biological and chemical processes of marine life. Disturbance in socio-economic ecosystems occurs, like decreased biodiversity, increased algae, and displacement of fish stocks.

Water quality is highly affected by oxygen concentration and nitrogen levels. We can check water quality by measuring the amount of concentrated oxygen in the water. If in an ocean, many fish are killed by water contents, then there is an alarming situation. Water quality will be examined, and dissolved oxygen is the direct indicator of water quality. There are many techniques to measure the extent of pollution in water. 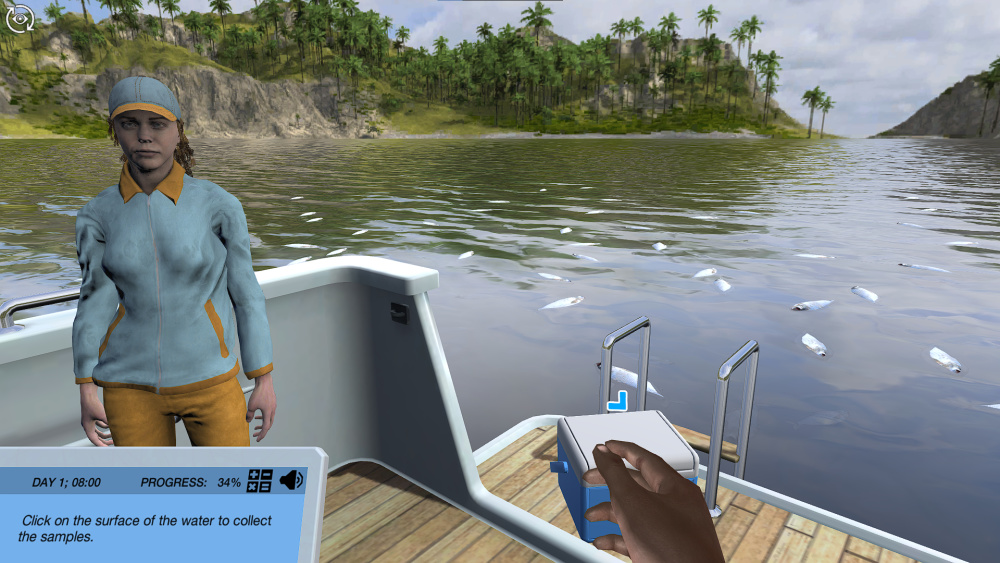 Spectrophotometry is one of the techniques which is used to test the quality of water. It is a scientific method based on a substance’s capability to absorption of light. A spectrophotometer is an instrument that measures the intensity of light that is being transmitted or emitted by a specific substance. It is used to determine the concentration of molecules in any solution.  So, in case of marine water spectrophotometer measures the concentration of dissolved oxygen in water to detect the cause of fish’s death.

Why can thermal effects on marine oxygen levels be tricky for students?

Every topic has some difficult and tricky points that students find difficult to understand. The same is the case with this topic. Many things make it hectic and exhausting to learn the thermal effects on marine oxygen levels. Let’s discuss the reasons behind the difficulty of students in understanding this topic:

Many concepts are complex and have a whole different explanation. Firstly, the relationship between temperature and oxygen levels should be clear. Secondly, spectrophotometry is a new technique for students to learn and the whole mechanism of spectrophotometer has many components. Wavelength is an important parameter of the spectrophotometer and its understanding is very important. As students try to cope with the topic, confusion may increase and add new complexity.

When discussing marine life and oxygen levels in the water, a student must imagine and feel the concept. A realistic approach is very necessary to understand any concept. The concept of the thermal effect on marine oxygen levels needs imagination and hypothesis to deliver the meaning. Therefore, it feels abstract sometimes to hypothesize how temperature change could affect marine animals and dissolved oxygen in the water. Furthermore, the need for oxygen for each water species is also different, and the distribution of oxygen levels between the species is another concept.

As we are familiar with the problems students can face while studying thermal effects on marine oxygen levels, some solutions will help students to cope with the topic more easily and make the topic more approachable.

1. Learn about the people behind it:

After every topic, there are some research scientists and their important work, which makes the topic more reliable and easy. So, let’s talk about some people behind this concept.

Arnold O. Beckman invented it in 1940. The spectrophotometer was created with his colleagues at his company's national technical lab. This was a solution to previous spectrophotometers that could not absorb the ultraviolet correctly. He invented 4 Models. In A Model, a glass prism was used to absorb ultraviolet light. But the results were not satisfactory. So the B Model was made. In this model, the glass prism was replaced with quartz prism, allowing better absorption results. From the results, C Model was made with little adjustments to the wavelength resolution adjustments, which gives satisfactory results. Model D was the very last and most popular which is known as DU spectrophotometer. It consists of an instrument case, a hydrogen lamp with UV continuum and a better monochromatic. This spectrophotometer was produced from 1941 to 1976. To Noble chemistry laureate Bruce Merrifield, it was “probably the most important instrument ever developed in the advancement of bioscience”.

Students must share their basic knowledge about the topic. A very important concept is the relationship between temperature and dissolved oxygen in the water. As the temperature increases, the concentration of dissolved oxygen in water decreases, thus, they share an inverse relationship. Warm water have less amount of dissolved oxygen levels than cold water.  Students must discuss the definitions of spectrophotometry and the whole mechanism of the spectrophotometer. It will help students to understand the topic more easily and clear many doubts. Some of the definitions which are very important to remember in thermal effects on marine oxygen levels are:

Thermal effects: The effect of heat or temperature on any object or medium.

Marine oxygen levels: The concentration of dissolved oxygen in the water.

Spectrophotometry: It is a technique to measure light intensity in a medium by using only a certain wavelength.

Spectrophotometer: It is the instrument used to measure the concentration of light particles by setting a certain wavelength. It consists of a light source, a wavelength selector, a sample container, radiation transducers, and a detector.

Water quality is the parameter that shows how contaminated the water is. It also shows the amount of dissolved oxygen levels in the water.

3. Practice with some diagrams and graphs:

Students can better understand the concept by drawing diagrams and graphs of the relationship between temperature and dissolved oxygen levels. Practicing and discussing the same charts with other students will make learning the topic easy. Spectrophotometer has a process, and when students understand the whole process by drawing the diagrams and pictures of components of spectrophotometry, they will give the more clear answers to their confusion and can understand and memorize the topic for a long period of time.

When we read anything new, a rough sketch of the process or instrument comes to mind. Imagination is very important in science, especially when trying to learn things that are not visible to the naked eye. When any imagination comes to reality, the topic's understanding level is enhanced many times. Seeing their imagination become a reality gives students satisfaction and self-confidence to cope more realistically with the topic.

A virtual lab is a great source of learning for students. At Labster, students can watch 3D simulations related to their topics. Students can also apply their knowledge on Labster. It’s about the experience of applying your knowledge and seeing the results.

Teachers monitor the activities of students. There is a scoring theme in Labster. Simulations are short and easy to watch. This platform help students gain confidence in their knowledge and encourage them to try more theories. Check out the Thermal Effects on Marine Oxygen Levels Virtual Lab.

The process of testing water quality through spectrophotometry is shown in 3D simulations in Labster simulations. It gives a clear vision to the imagination of students. Students will feel free to try their ideas and understand the topic more easily and practically.