Acids and bases play a significant role in our daily lives and in the environment. These are the chemical substances that we use in our daily routine.  For instance, lemon juice contains acid while soap contains the base. In chemistry, the substances are divided into acid, base(alkali), and neutral according to the pH.

There are several aspects of acids and bases that are quite confusing for students. At Labster, we can provide information about the difficulties that students experience during their studies. Also, we can explain the methods that can make learning acids and bases easier. In the end, we’ll convince you why a virtual lab like Labster simulation is effective to share the topic with the students.

Why can acids and bases be tricky to understand?

The three main reasons that make acids and bases a difficult topic for students, even for diligent ones.

1. Too many reactions to remember

In the topic of acids and bases, different substances can react with acids and bases. Therefore, this topic depends upon learning chemical reactions, how acids react with substances, and how base reacts with other substances. Sometimes, it is difficult for students to remember all the reactions. That’s why they might find this topic boring and time-consuming.

Abstract concepts like hydrogen ions, hydrogen peroxides, lone pairs, and protons are frequently used in acids and bases. Students cannot see molecules, protons, and lone pairs with their naked eyes. They need to imagine these concepts and learn the topic. For instance, acid is a substance that donates the proton, and the base can accept the proton. The protons are so small that you cannot see them. So, it may be confusing for students to learn the acids and bases.

The acids and bases have several definitions because many scientists describe the topic in their own opinion. All the definitions represent different kinds of reactions. The reactions can be completed in several steps to get the desired product. So, it is difficult for students to deeply learn the acids and bases from the textbook. They may be confused and start avoiding this topic to learn.

Since we are familiar with the problems that students may face during learning about acids and bases. There are five ways that make acids and bases a simpler and easier topic for students to understand.

1. Learn about the people behind that science

Svante Arrhenius is a Swedish scientist who introduced the first advanced definition of acids and bases in 1884. Due to his great work, he received the Nobel Prize in 1903 in chemistry. According to Arrhenius, an acid is a substance that contains hydrogen ions and donates it to the aqueous medium. Whereas, the base is a substance that contains a hydroxide compound and gives hydrogen peroxide (OH-) in an aqueous medium.

3. Relate it to the real world

Students find it interesting when they know the examples of acids and bases in the real world. During teaching, a teacher can relate the topic to the applications that are used in daily life. It can help students to compare what they learn to what they experience.

Acids have a sour taste and several foods with sour taste are acidic. Acids are corrosive substances that change litmus paper from blue to red.  Therefore, acid is present in the foods and drinks that we use in our homes. 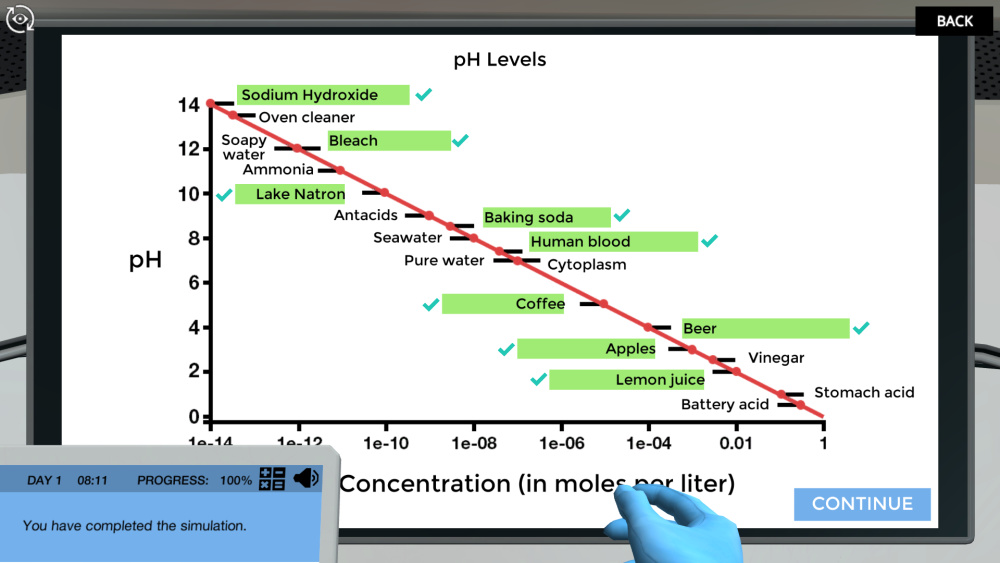 Figure: An image shows the pH graph of products from Labster’s virtual laboratory on acids and bases

It is important to use color diagrams and images to understand a tough topic like acids and bases. Using virtual diagrams for learning can make the topic simpler. Students can understand the difference between acids and bases, the equations, and pH calculations through the images. It is a better way to deliver the concept of acids and bases to learners.

The image below represents the solution in the beaker that can be added to the pH meter. After seeing this image, you can learn about the solution, beaker, and pH meter more effectively because you save the picture in your imagination. 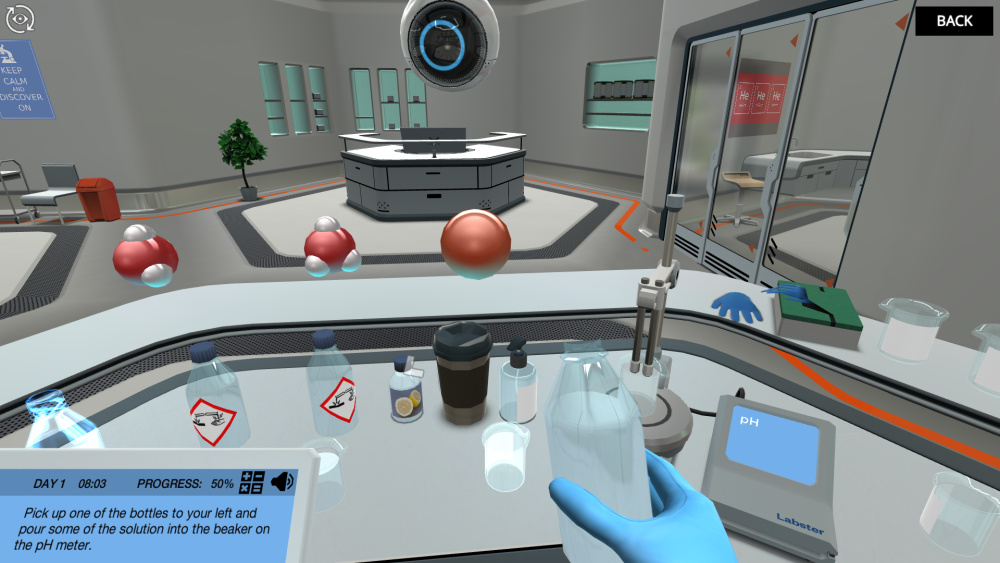 Figure: An image of a chemical experiment from Labster’s virtual laboratory on acids and bases principle

A virtual lab simulation is a great way to learn about acids and bases. At Labster, we provide advanced 3D laboratory simulations that contain gamification elements like storytelling and a scoring system.

Check out the virtual lab simulation at Labster that explains acids and bases principles (avoid falling in a lake of acid), acidity and alkalinity in everyday substances, and advanced acids and bases.

Get in touch to find out how you can start using virtual simulations to explain the acids and bases to your students.