Dissect a squid and use its giant neuron to witness the propagation of information in the shape of an action potential created by an electric current. Use this information to identify a neurotoxin affecting a hospitalized patient. 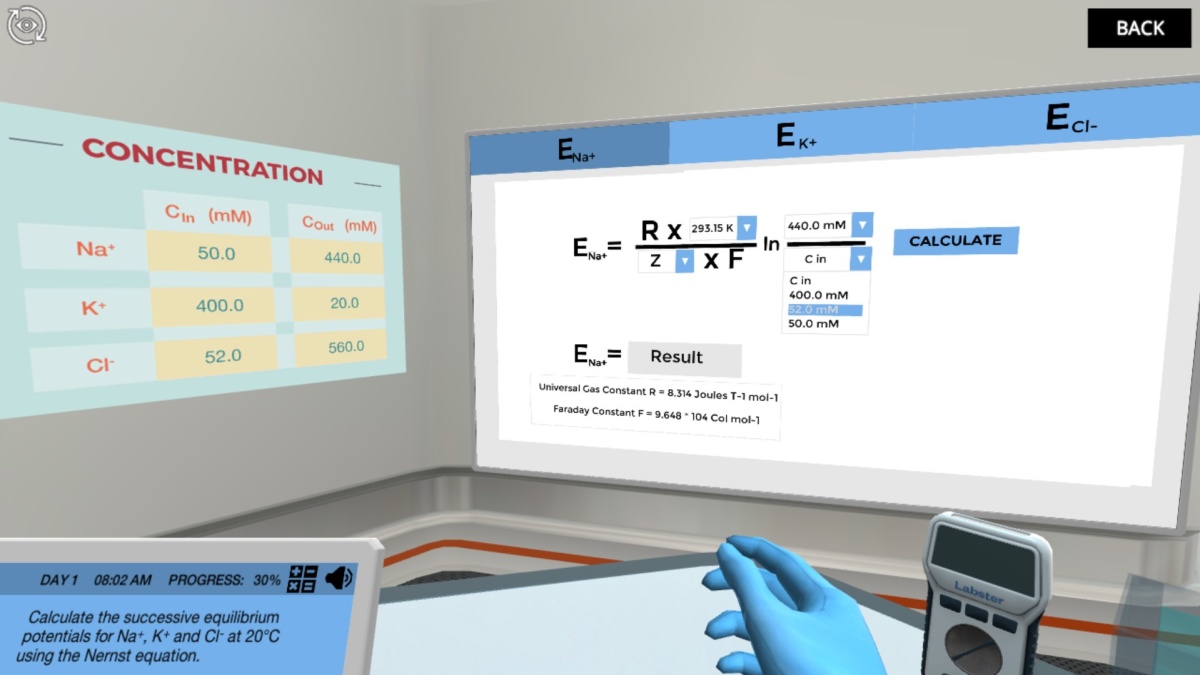 About the Action Potential Lab: Experiment with a squid neuron Virtual Lab

Did you know that nerve cells propagate an electric signal along their own membrane to transfer information? They are called action potentials, and in this simulation you will use a squid’s giant neuron to learn about the molecular mechanisms behind this phenomenon. You will learn to recognize the typical shape of an action potential, but also to describe the driving forces behind each of its different phases.

Identify a neurotoxin from its effect on a nerve

In this simulation your mission is to help out a hospital who just received a patient with severe food poisoning. A sample from the patient has revealed the presence of a neurotoxin, and they need you to identify it as soon as possible. To find out how, you will first dissect a giant squid to extract the neuron to use as a model, and then study the neuron membrane with electric currents. Once you understand how action potential works on the membrane of a neuron, you will compare the effect of existing neurotoxins with your sample for identification.

Observe and test a neuron with electric currents

Identify the neurotoxin by its mode of action

To uncover which neurotoxin affects the hospitalized patient, you will have to compare its effect on the neuron’s action potential with three other drugs, and come up with a hypothesis about how it deregulates the neuron’s ability to transmit a signal.

Will you be able to help out the sick patient?

Dissect a squid and use its giant neuron to witness the propagation of information in the shape of an action potential created by an electric current. Use this information to identify a neurotoxin affecting a hospitalized patient. 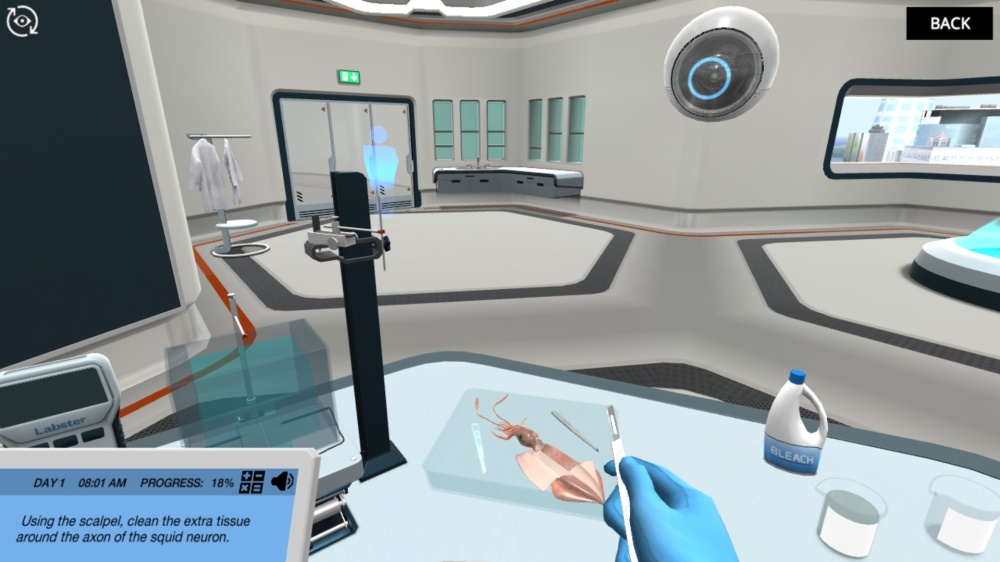 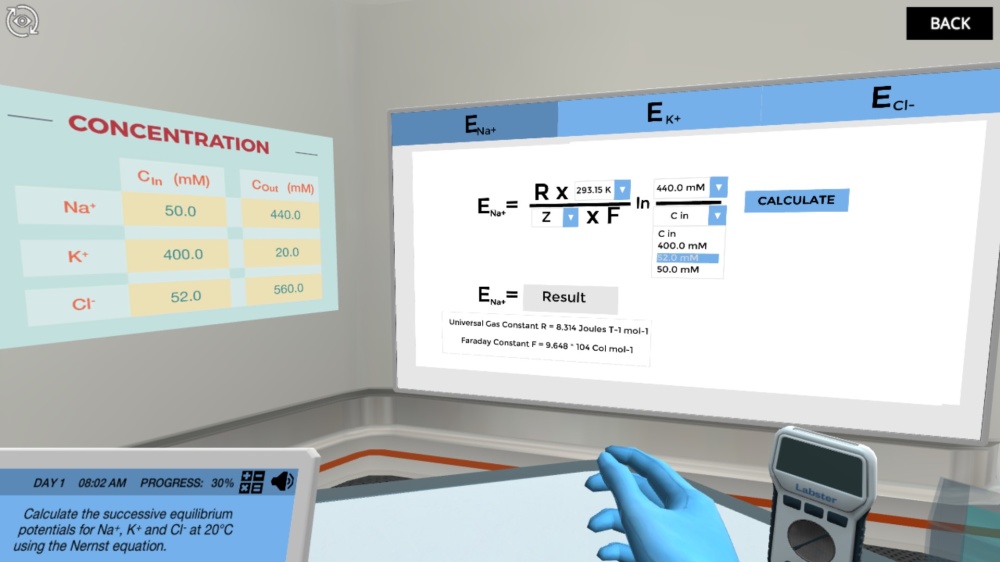 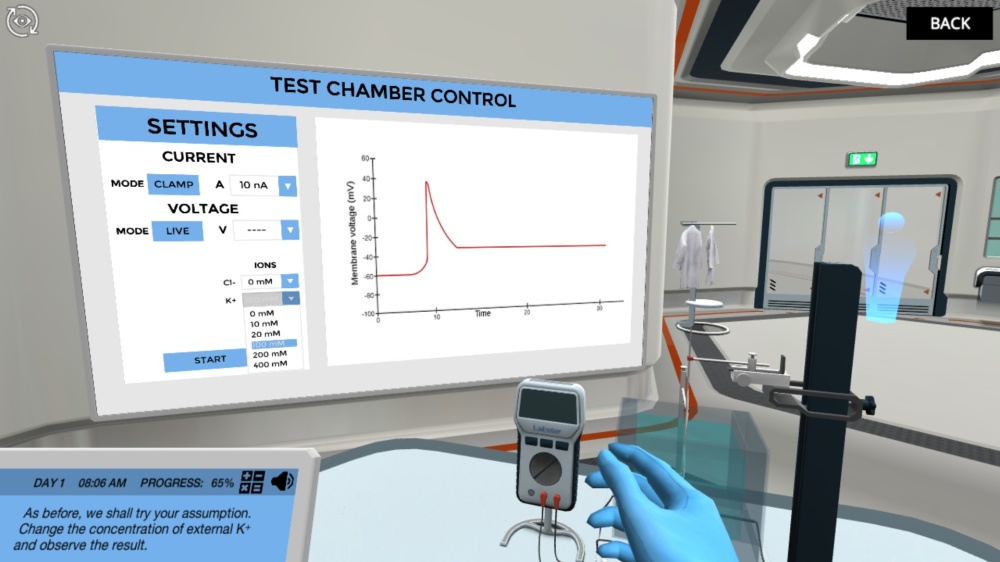 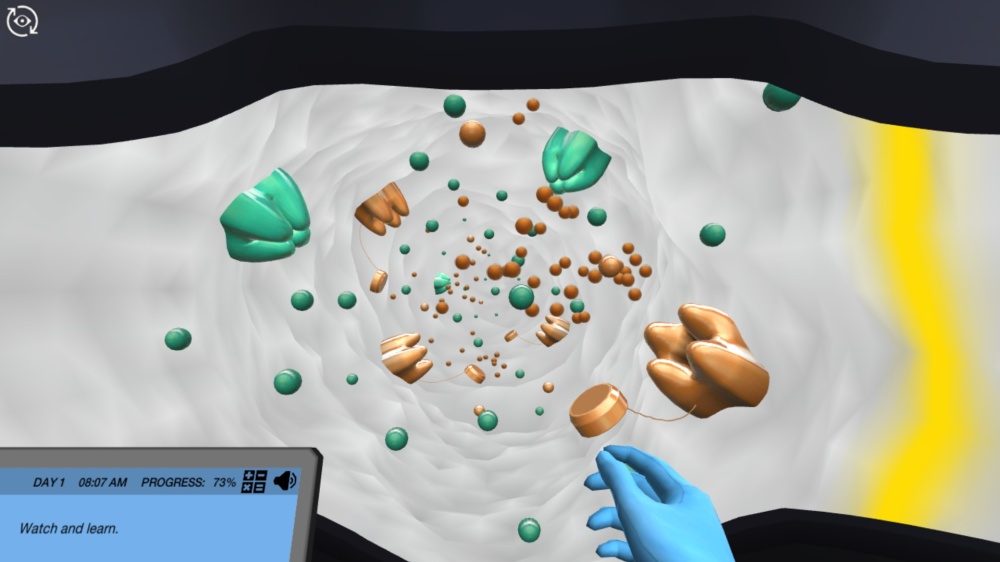