Join a team of motorsport engineers and learn the basics of Newton’s laws of motion. Understand the basic principles of passive and active safety while driving a high-class race car. 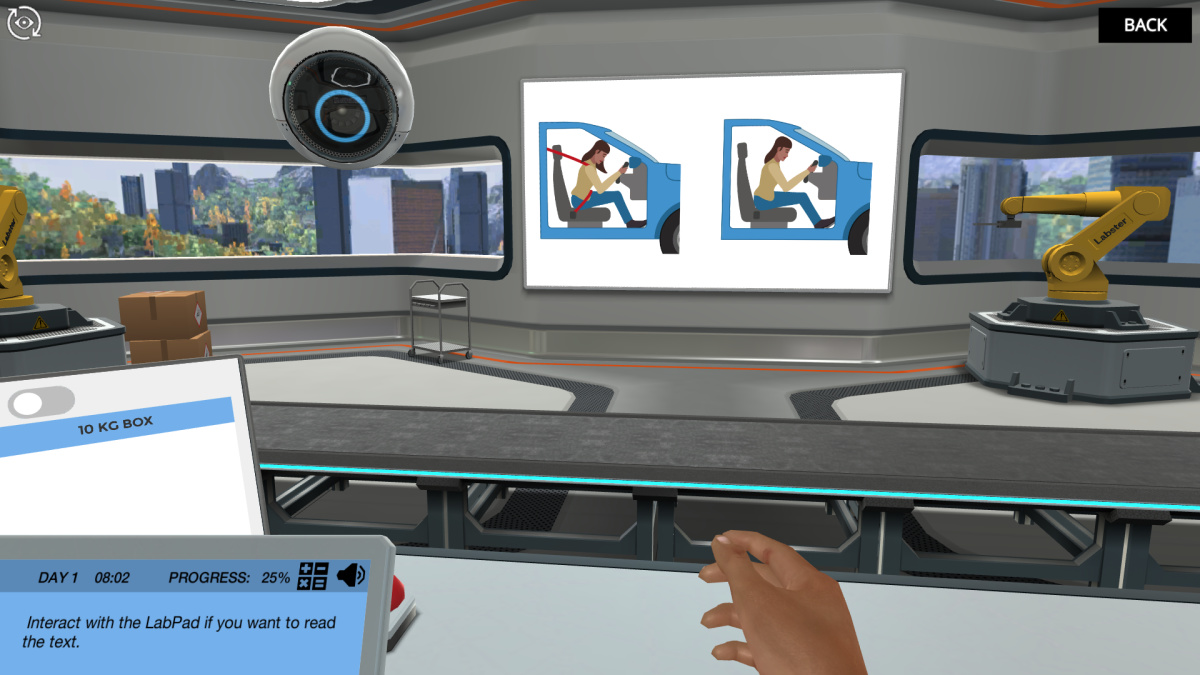 Do you know why Labster’s race cars win so many motorsport championships? Because our drivers dare to reach the maximum potential of themselves and their cars. Motorsport drivers not only need all parts of their car to help them accelerate, but they also need to feel safe in doing so. In this simulation, we will use Newton’s laws of motion to break down the passive and active safety features of a race car to enable our drivers to move faster in the safest way possible.

Have you noticed that when driving a vehicle and using the brakes to stop, your body continues moving forward? In the first mission, you will use Newton’s first law of motion to understand why this happens, and the importance of optimizing a car’s features to prevent drivers from hurtling forward when suddenly braking at high speeds.

In order to understand Newton’s second law of motion, observe the motion of boxes as a result of external forces. From this mission, you will understand how friction between the tires and the road impacts the acceleration of a race car.

In most interactions, there is a pair of forces acting on the two interacting objects. This is what Newton’s third law of motion describes. Check out examples of this law in motorsports and identify the action and reaction forces while driving.

Is the race car moving faster if you observe it from your seat at the stadium, from the TV, or if you are a passenger? Reference frames are used to explain how motion may be relative depending on your position as an observant. Do you have all the required knowledge to join the team of motorsport engineers?

Join a team of motorsport engineers and learn the basics of Newton’s laws of motion. Understand the basic principles of passive and active safety while driving a high-class race car. 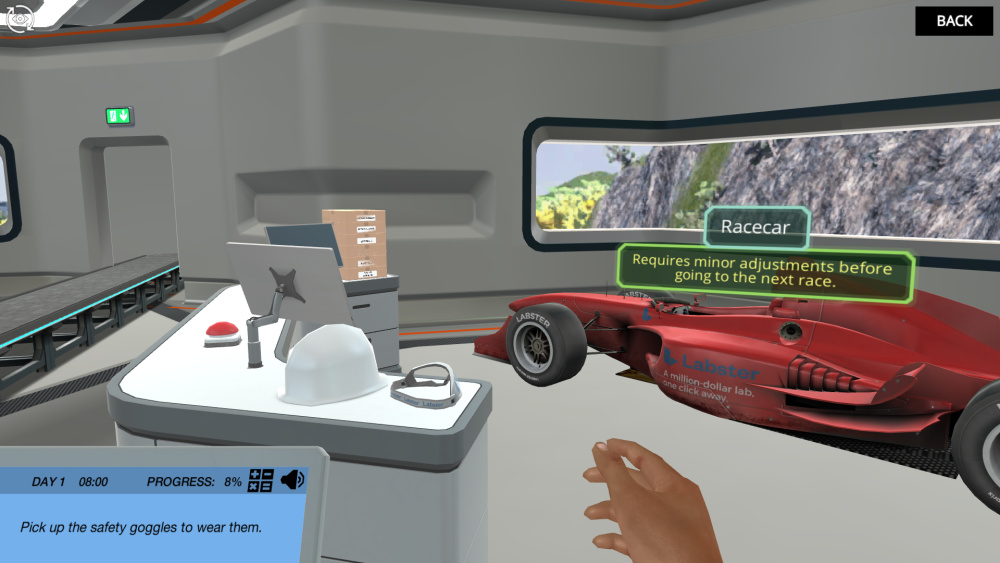 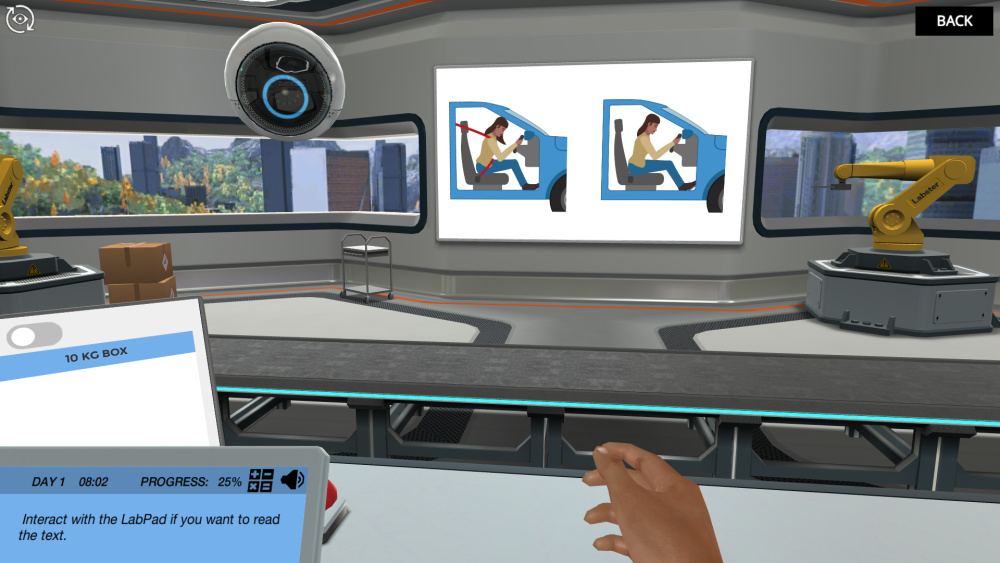 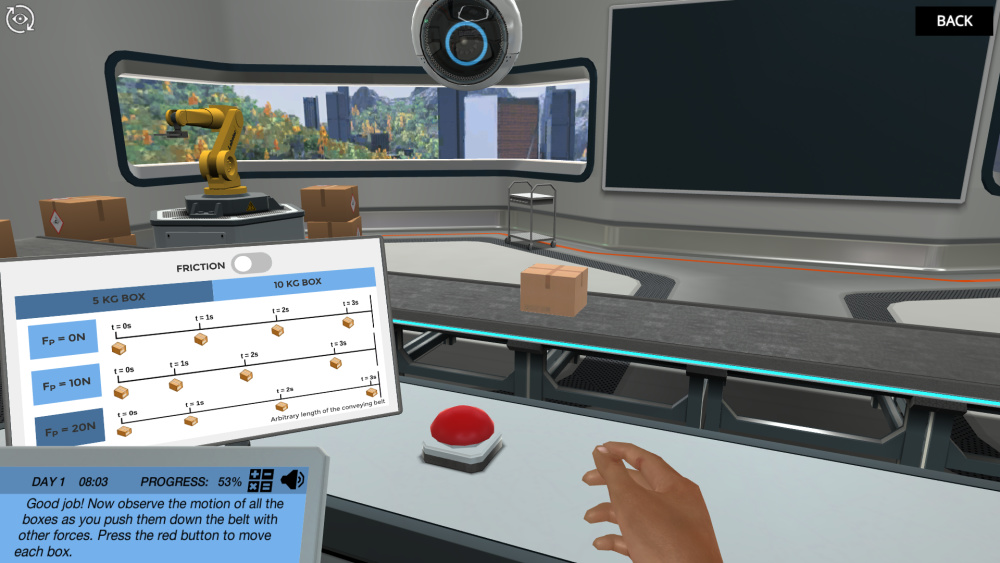 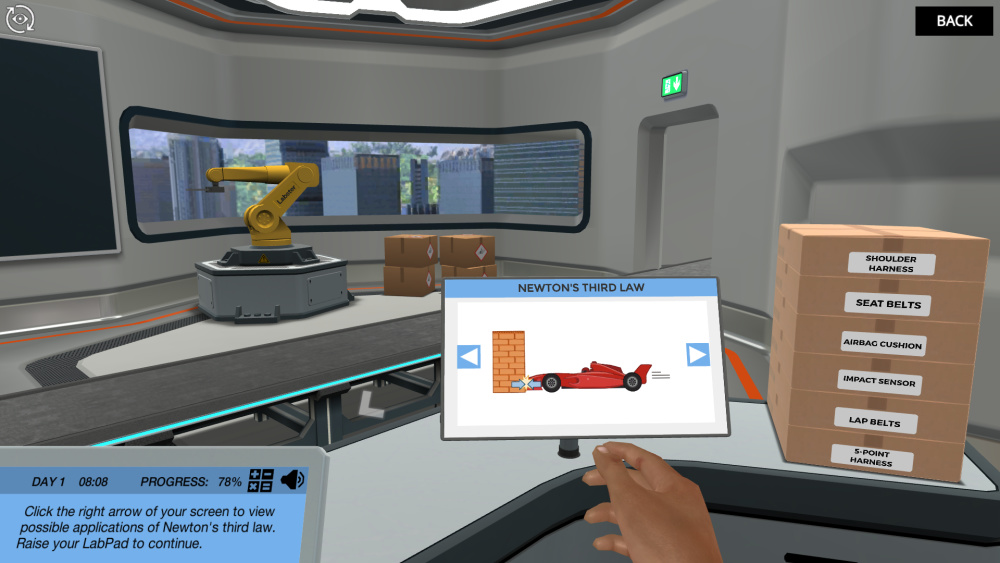