Dive into the evolution of whales: from a sequence of nucleotides to a 30-meter long blue whale. 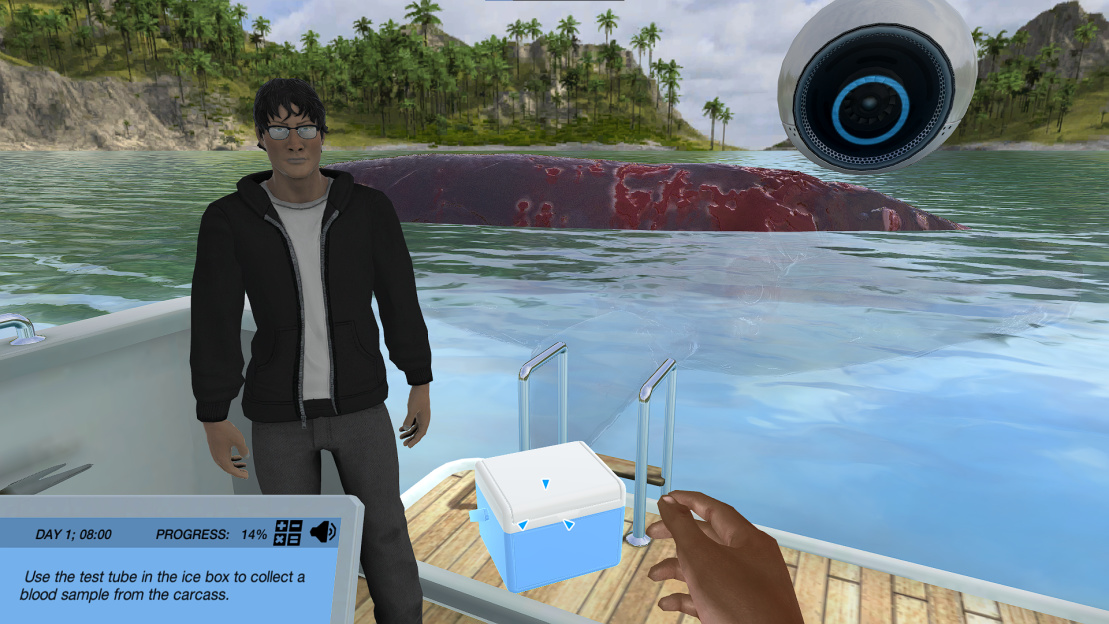 This short, targeted simulation is adapted from the full-length “Evolution” simulation.

Go meet the researcher Ponleu on a remote beach in Cambodia where a mysterious sea monster has been washed ashore. Take a blood sample back to the lab for analysis. Is the sea monster really what it seems?

Use a next generation sequencing machine to analyse the genetic sequence of a sea monster and discover it’s evolutionary ancestry. Discover the analogous and homologous traits in different species, such as a human and a whale, by comparing their physical structures. Could a common ancestor be the cause of these structural similarities, or have these species evolved separately but a similar adaptation was required to survive? Compare the genetic sequence of the sea monster with that of different known sequences to identify the species the sea monster is closely related to: the blue whale! 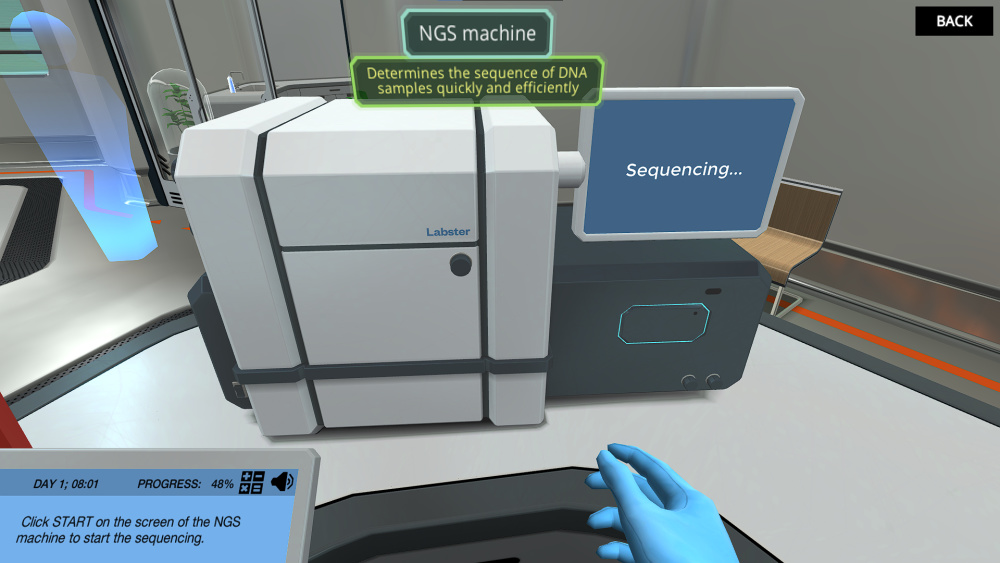 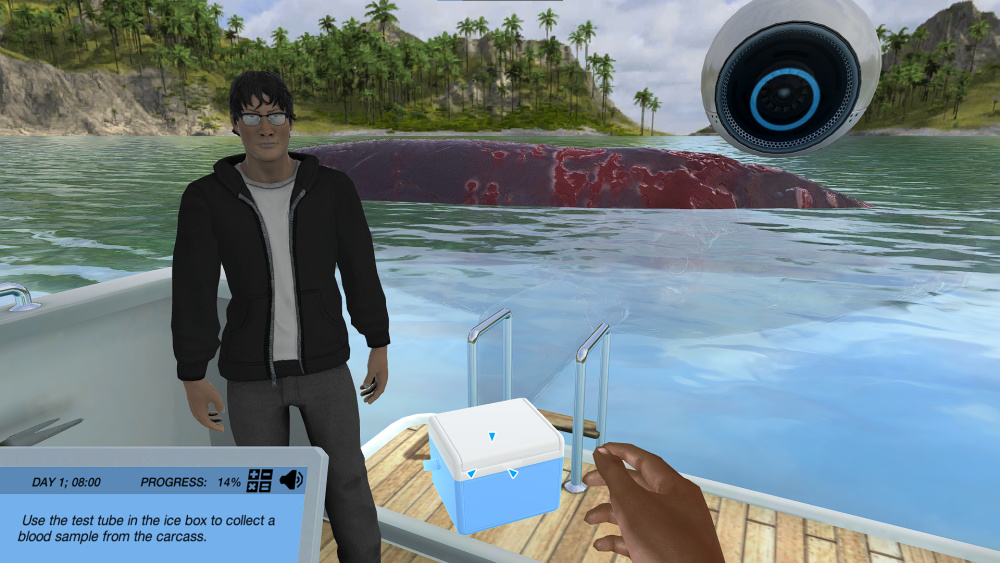 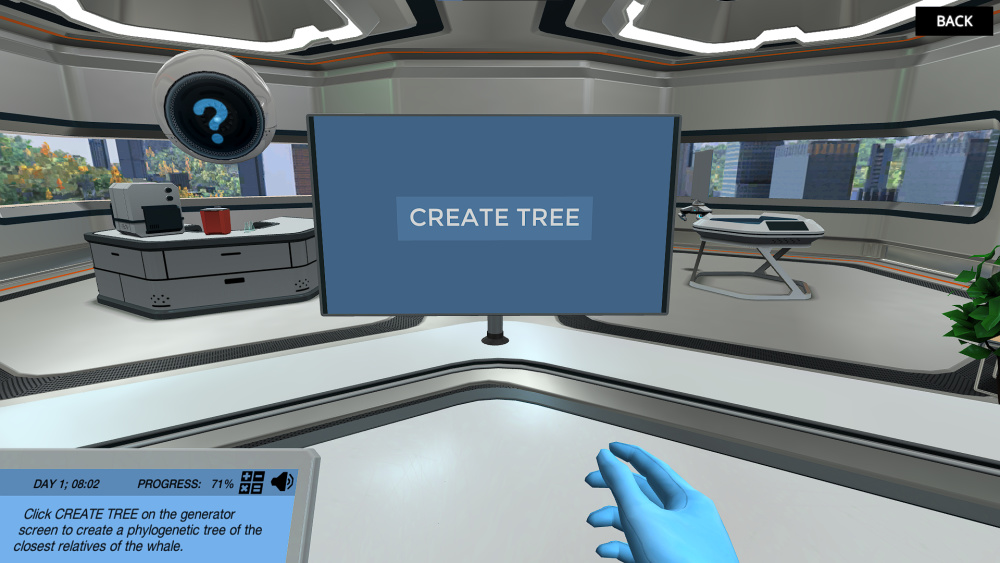 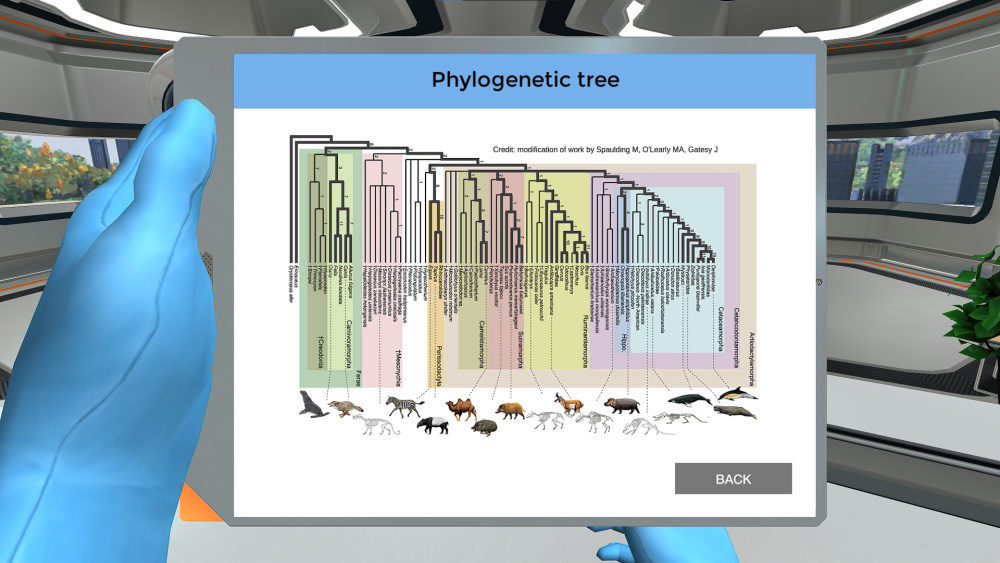