Learn about the monogenic disorder Cystic Fibrosis and its inheritance from one generation to the next.

Cystic Fibrosis is a type of monogenic disorder caused by a mutation in both copies of the CFTR gene (Cystic Fibrosis Transmembrane Conductance Regulator).

The CTFR gene encodes a protein that regulates the movement of chloride ions in and out of cells that produce mucus, sweat, saliva, or tears. Cystic Fibrosis is also called mucoviscidosis because patients suffer from thickened mucus. People with one mutated copy of the CFTR gene are called carriers and do not experience any symptoms.

Cystic Fibrosis is the most common autosomal recessive disease among Europeans. It is characterized by allele heterogeneity, meaning that CFTR genes from many different patients with Cystic Fibrosis show different type of mutations. The most common alteration in the CFTR gene is a deletion of three nucleotides, resulting in a loss of the amino acid phenylalanine (F) at position 508 in the protein, and is hence called ΔF508.

In the Monogenic Disorders lab, you will learn about the monogenic disorder Cystic Fibrosis and its inheritance from one generation to the next. You will also learn how a single gene mutation leads to a dysfunctional, disease-causing protein.

Will you be able to consult a young couple on the potential risk for their future children to develop Cystic Fibrosis? 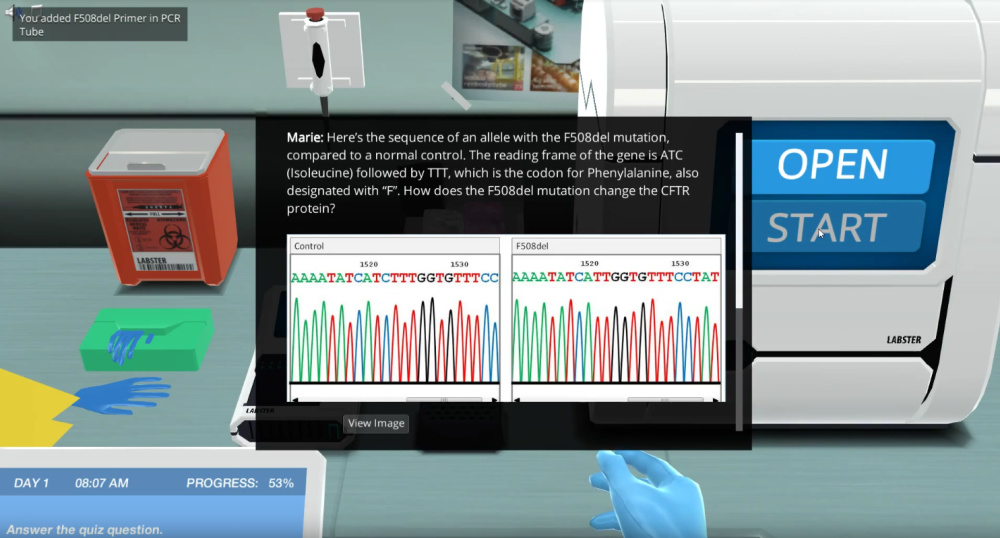 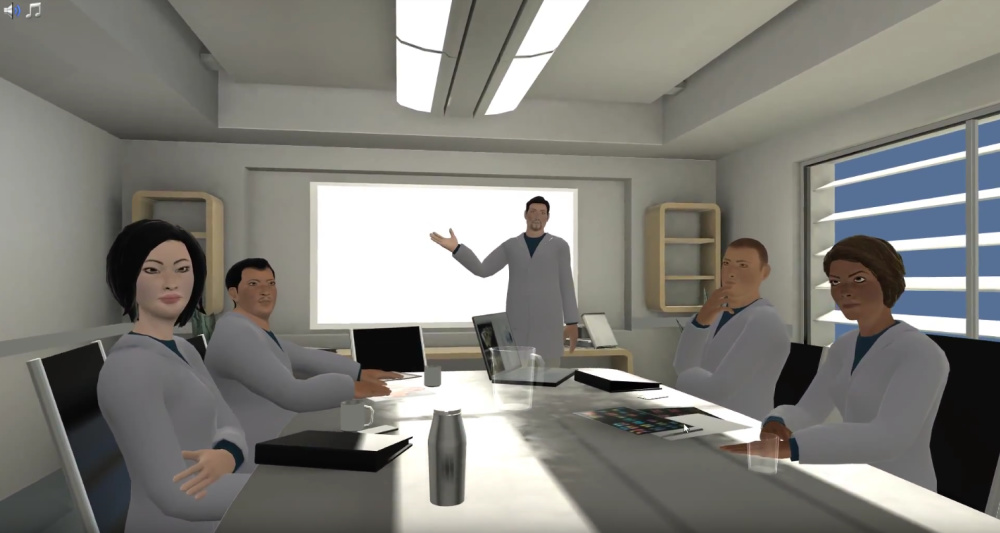 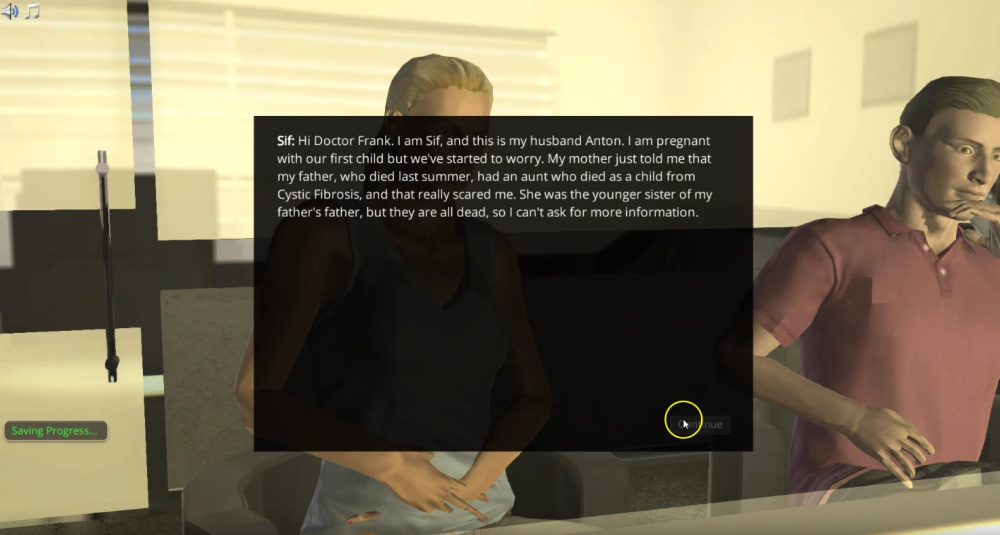 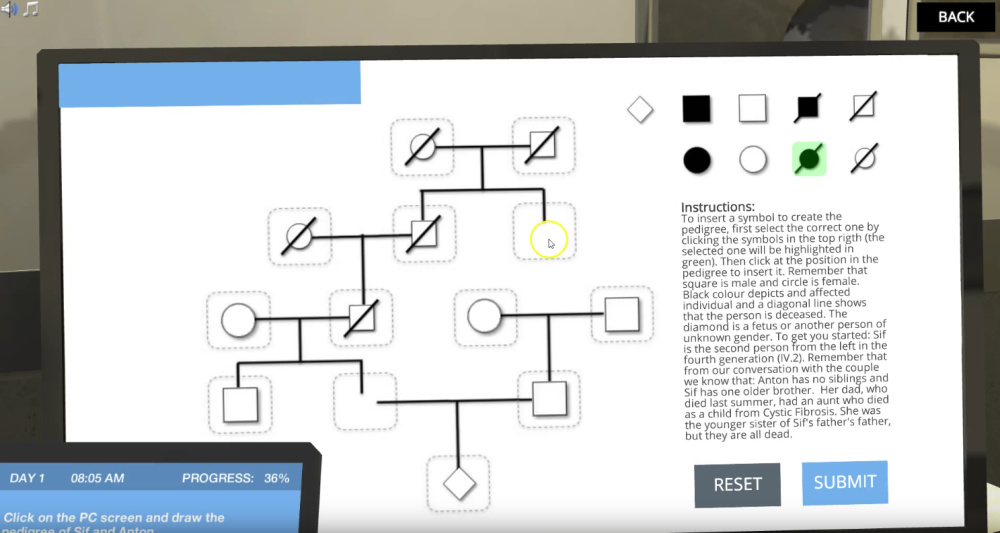