Traveling back in time and going into space has never been easier! I'm sure Newton will be surprised to see you in his room. He is quite upset since while he was working under a tree, an apple fell on his head and made him forget his first law of motion. Luckily you will join him in 1687 and with Dr. One you’ll help him remember everything about his law.

Have you ever wondered which forces are acting on a body at rest or in uniform motion? You will find your answers by doing a first experiment with Newton. You will have a hockey puck which is at rest on the table and a rolling ball. Do not be afraid to play with forces, Dr. One and Newton will always be next to you.

The Law of Inertia:

The mass of an object plays an important role in Newton’s first law of motion. You’ll learn why by playing with three cubes with different masses and a duck! Choose which forces to apply on the cube carefully, the duck likes to quack when you don’t.

The Effect of Friction:

Friction is a force that is around us all the time and we will experiment how it influences the motion of a body and its inertia. You will have two surfaces with different frictions to play with and a duck. Will you be able to choose the right forces to win the game and save the duck?

Newton will ask you to do an experiment with him, and try to stop a body in motion by applying a counter force. As for everything, balance is the key to success. Once again, you’ll experiment with two surfaces with different frictions, but this time you’ll choose two different forces that will act on the body. Will you manage to stop the body in motion?

Balanced Forces on a Satellite in Orbit

Newton wonders if his law still applies in space. There’s no better way to find this out than going into space. You’ll play with a satellite by setting up its altitude and speed to balance out the forces acting on it. Will you make the satellite orbiting the Earth or will you make it crash?At the end of this experience Newton will ask you to explain to him what are the balanced forces acting on a satellite when orbiting the Earth in uniform motion. 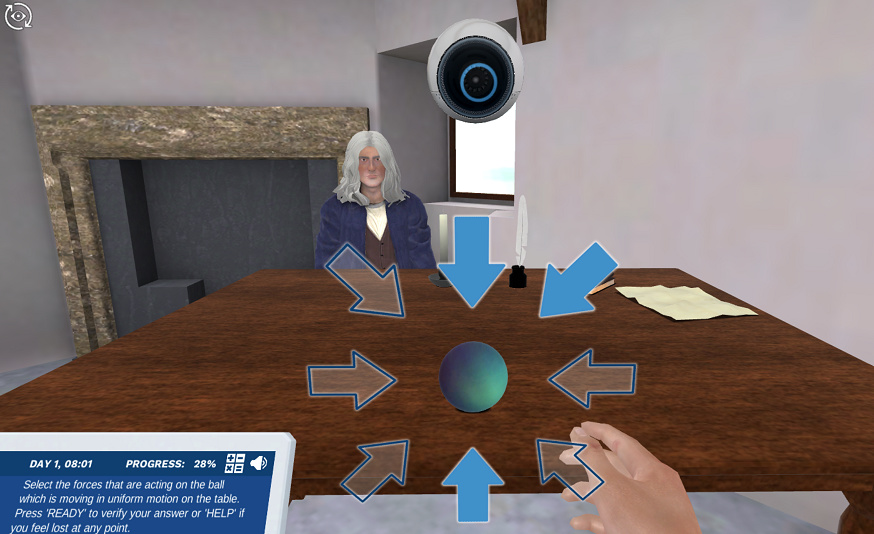 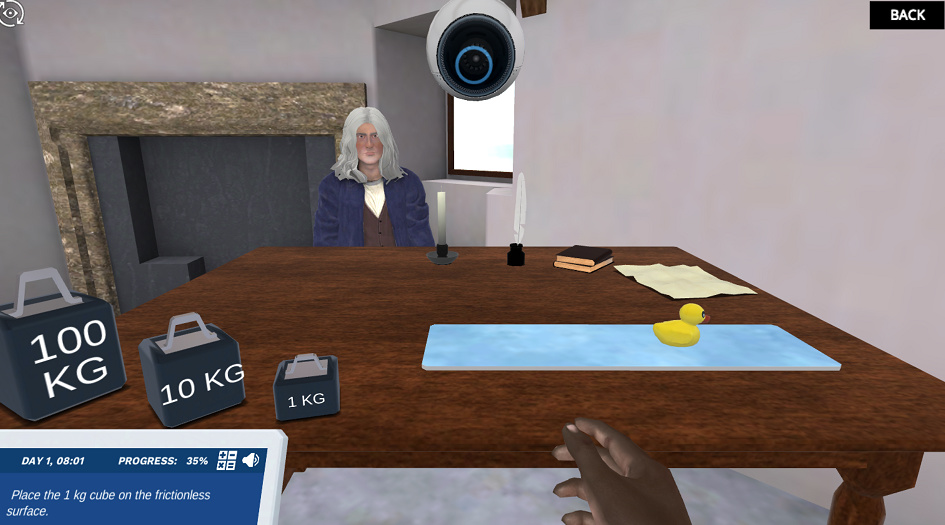 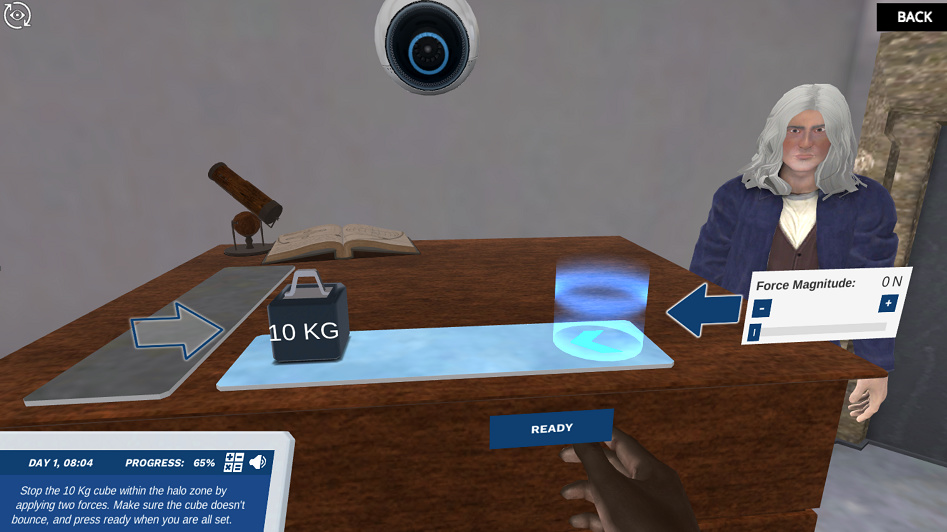 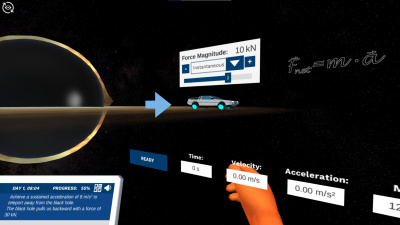