Atomic Structure: Assess the possibility of life on other planets

Learn about the atomic structure of the elements and investigate the properties of element samples from an exoplanet to assess whether life on it is a possibility. Find out what differentiates an atom from an ion and define the isotopes of an element. 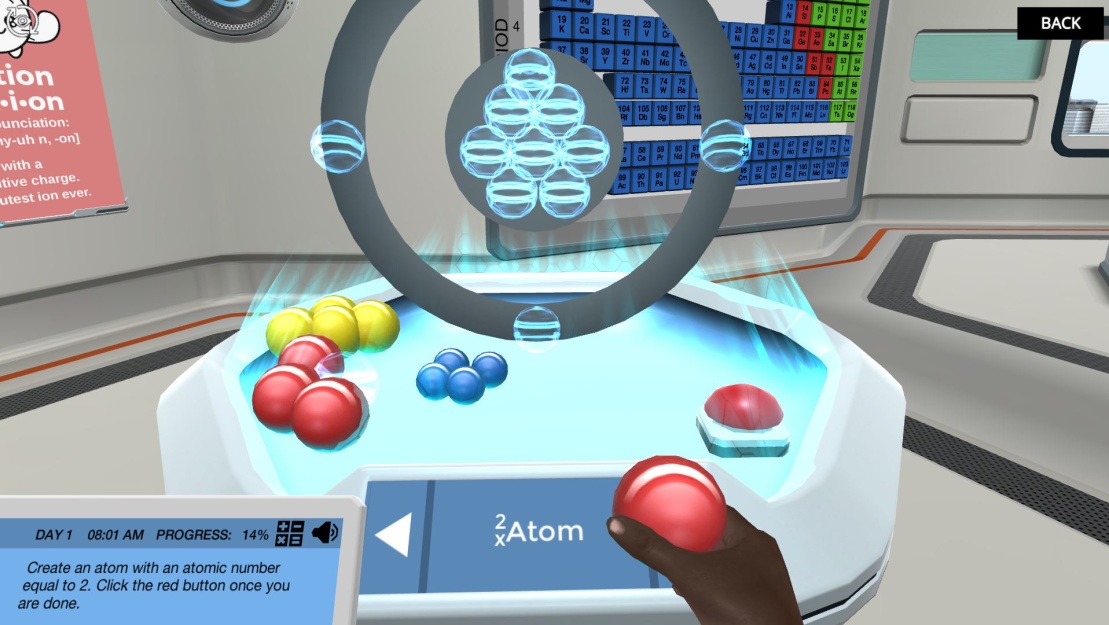 In a real research facility, you may end up provoking a nuclear fusion if the number of neutrons in the nucleus of an atom changed. In the Atomic Structure simulation, you will get the opportunityto decide what the nucleus of an atom looks like, and you will build anions, cations and various isotopes of an element from scratch. You will do this without the fear of causing a nuclear explosion!

Atoms and the subatomic particles

Everything you see around you is made up of atoms, and all atoms consist of subatomic particles. In the Atomic Structure simulation, you will learn the names and properties of the basic subatomic particles and understand how changing the number of electrons may charge an atom either positively or negatively.

As a part of your mission, you will be teleported to an exoplanet to explore on your own, collect samples and come up with observations regarding the presence of life on the planet. Back in the laboratory, you will investigate the properties of the elements you brought back from the exoplanet. The periodic table will be close by to advise and guide you.

What is an isotope?

In order to understand the main properties of an isotope in the Atomic Structure simulation, you will use the holo-table. With the holo-table, you will be able to see a magnified atom of Lithium, and you will get the chance to build different isotopes of the same element.

The quantum model and quantum numbers

At the end of the simulation, you will be introduced to the quantum mechanical model of an atom and the four quantum numbers that provide all the necessary information to describe the orbits of the electrons around the nucleus.

Are you ready to uncover whether life exists on other planets than Earth? 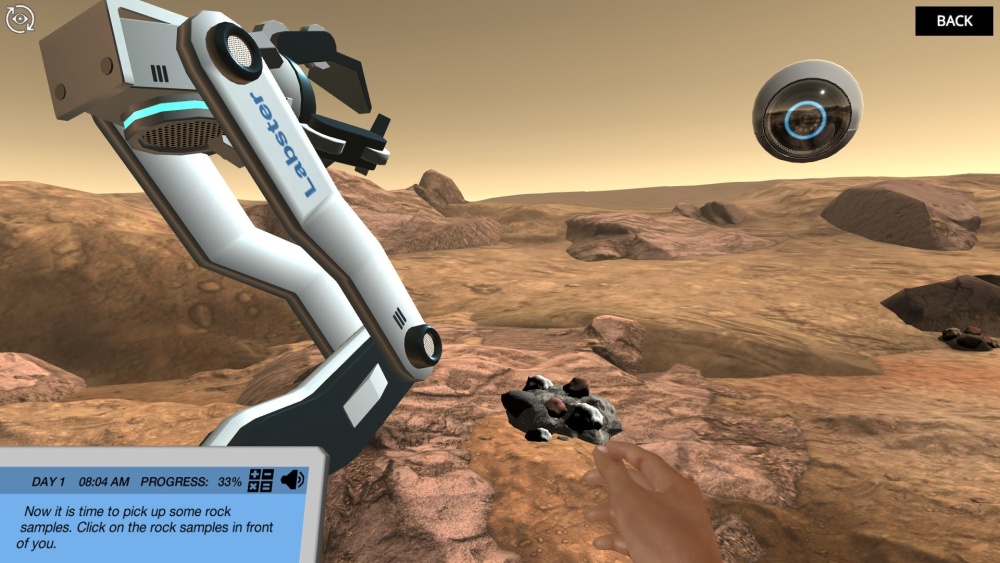 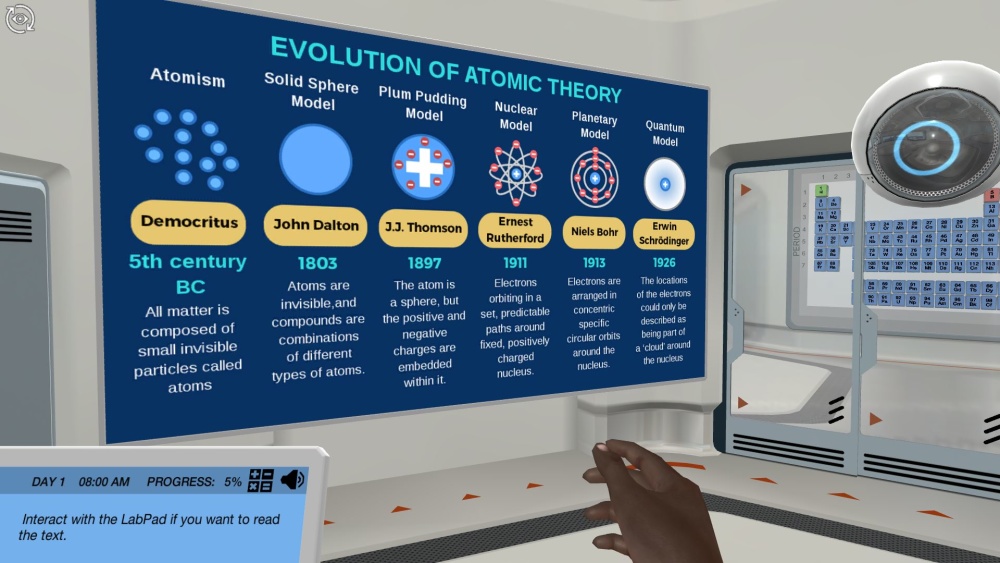 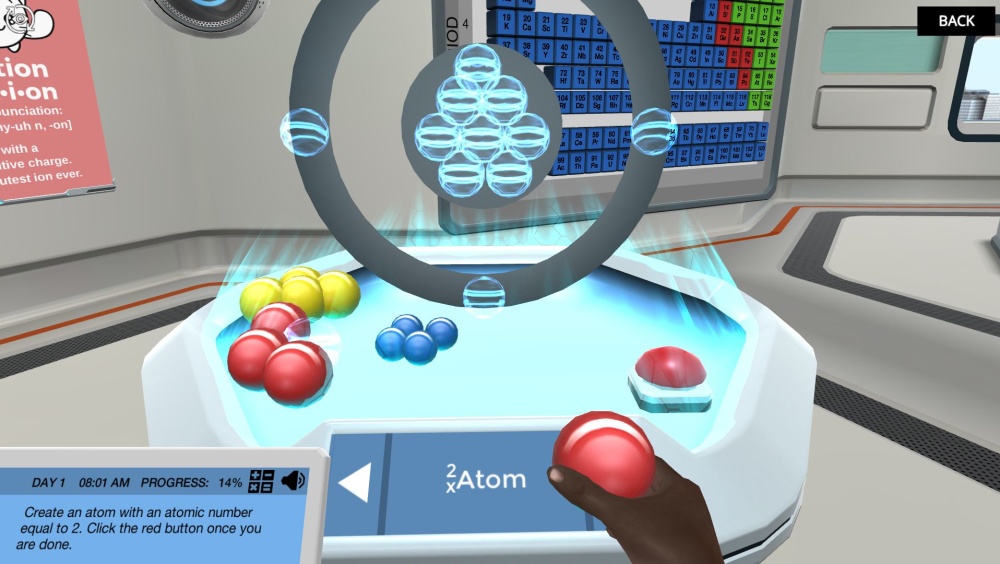 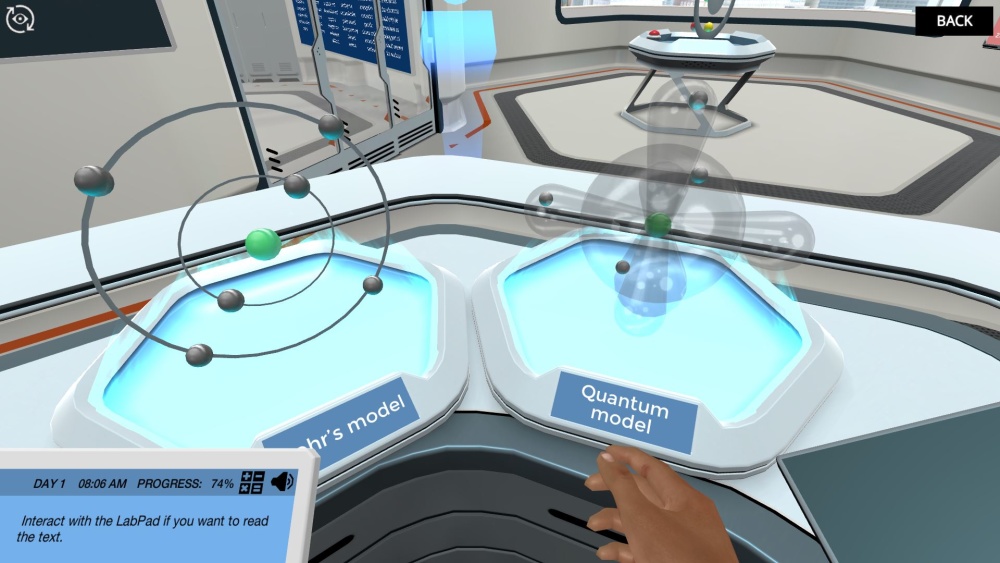