Build a taxonomic tree that unites all life on Earth by exploring the differences between organisms. 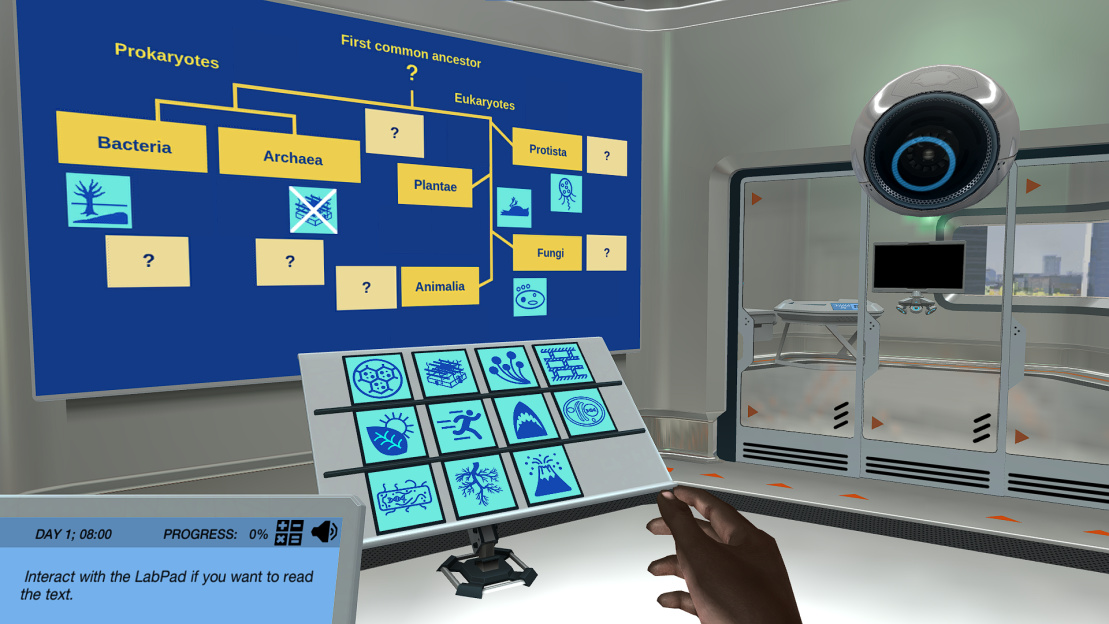 This short, targeted simulation is adapted from the full-length “Evolution: Founding theories and principles” simulation.

What are the major kingdoms of life and how are they related to each other? In this simulation, we will answer this question by building a taxonomic tree of life and assigning different species to the kingdoms. Can you determine the key features of each kingdom, and assign the species?

Build your own taxonomic tree by comparing the biological differences that discriminate between the major kingdoms of life. To complete your tree, you’ll examine the fossil evidence for evolutionary divergence and assign the defining features to each kingdom. Discover the differences between the prokaryotes and eukaryotes, the bacteria and archaea, and the animalia and fungi kingdoms.

Once your tree is strong and clear, you’ll experiment with placing organisms into the different kingdoms. Discover the problems with placing these species into these kingdoms. Sometimes morphology alone can’t discriminate between species, for example, the venus fly trap is a plant but it is also a carnivore. In cases like these you’ll need to turn to the phylogenetic evidence to help determine the lineage of a species. However, spontaneous genetic transfer between species can make it difficult to follow the evolution of a species.

Finally, attempt to fit the ancient species of viruses, which when following certain rules might not even be considered as alive, into the tree of life. By the end of this simulation you will know the major kingdoms of life and why not all species fit within these kingdoms. 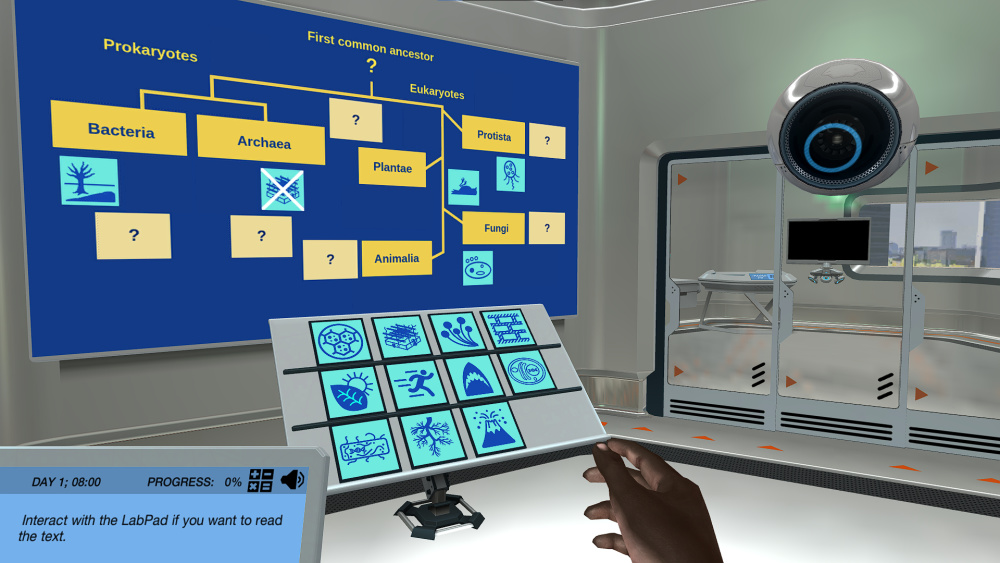 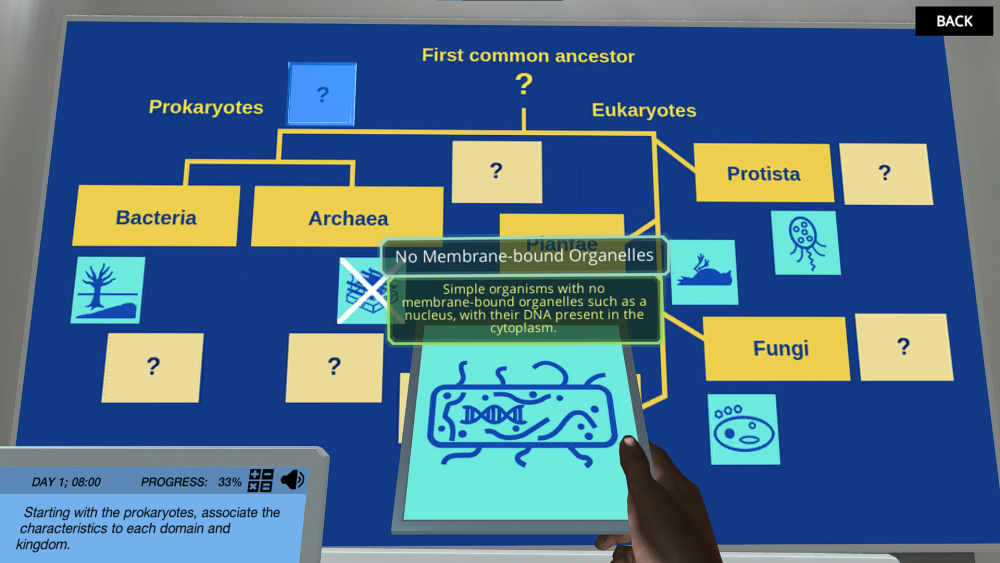 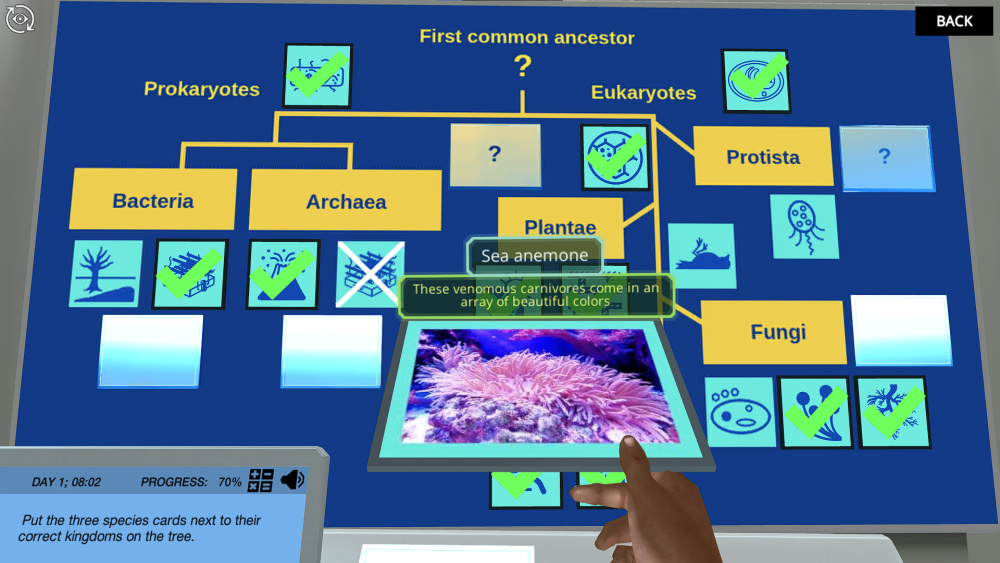 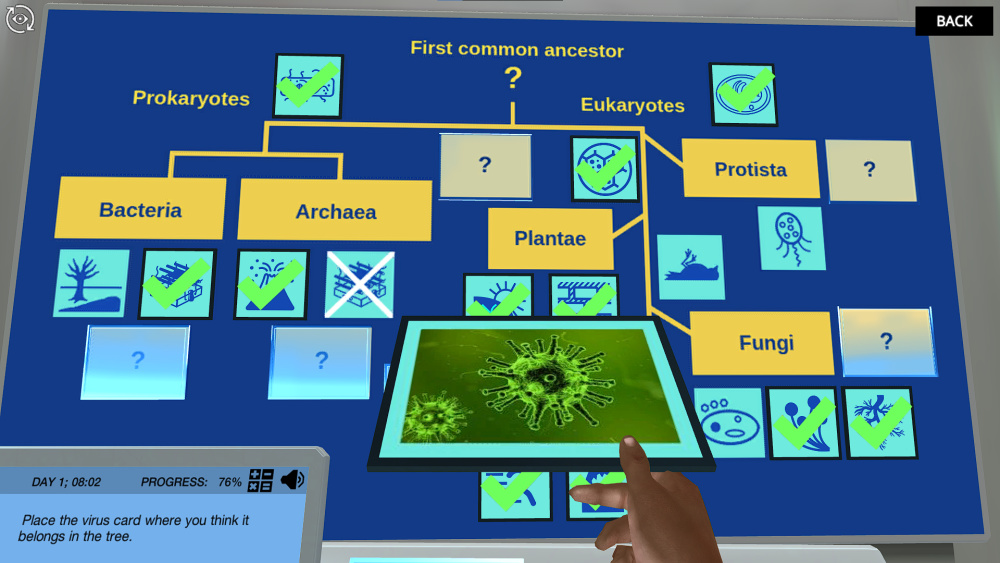