Intermolecular Forces (Principles): Rediscover the forces to save the world! Virtual Lab 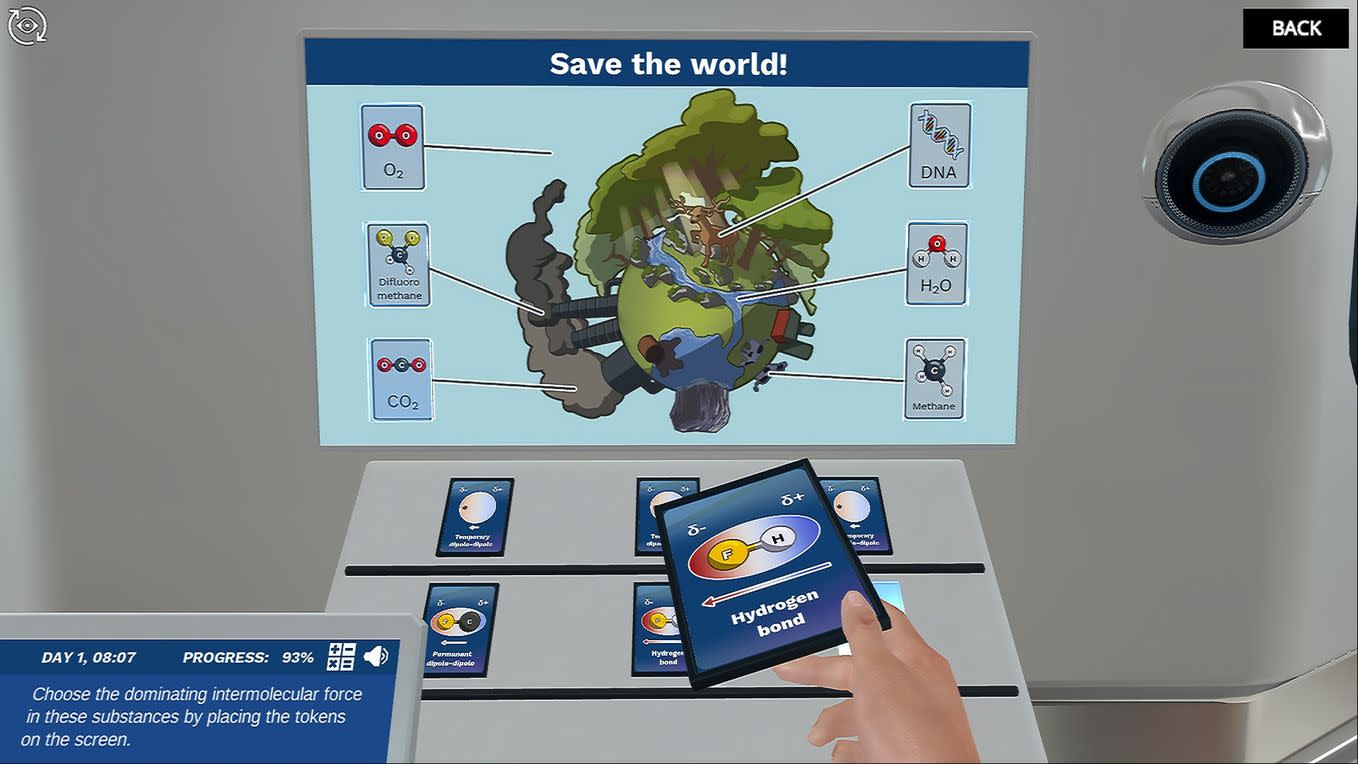 This is the principles (high school) version of the simulation. For a more advanced version, please see: “Intermolecular Forces: Rediscover the forces to save the world!”

You will use the periodic table of the elements to find out if a bond is polar based on the electronegativity of its atoms.Using this knowledge, and with the help of molecular 3D models, you will determine the presence of permanent dipoles in compounds such as fluoromethanes. You will be able to deduce how intermolecular forces affect a molecule’s state of matter such as the effect of the resulting permanent dipole-dipole forces on their boiling point. You will also learn about a special dipole-dipole force, such as the hydrogen bond, and its importance to life as we know it. Finally, you will learn about temporary dipoles and Van der Waals dispersion forces to explain the halogen's state of matter.

Put the world back together

Explore: Intermolecular Forces (Principles): Rediscover the forces to save the world!

Learn about the elements that make up our universe in our chemistry simulations for high school chemistry courses. Discover how atoms interact via chemical bonds to form compounds. Study the structure of atoms and molecules and discover different techniques in the chemistry lab.​ You can also view our curriculum alignment guide for NGSS, AP, and IB curriculum standards.

This encompasses all of our higher education and high school simulations across various disciplines (including, but not limited to: Biology, Chemistry, Engineering, Medicine, General Science, and Physics).

This package includes all of the high school simulations covering Chemistry, Biology, and Physics, and Earth Sciences. These simulations are also aligned for NGSS, AP, and IB curriculum standards.