A meteor has crashed to Earth! Search the crash site with a Geiger counter, and bring a radioactive sample back to the lab. Learn all about types of decay, decay series, and half-life. Help Dr. One and Marie Curie figure out what’s in that rock. 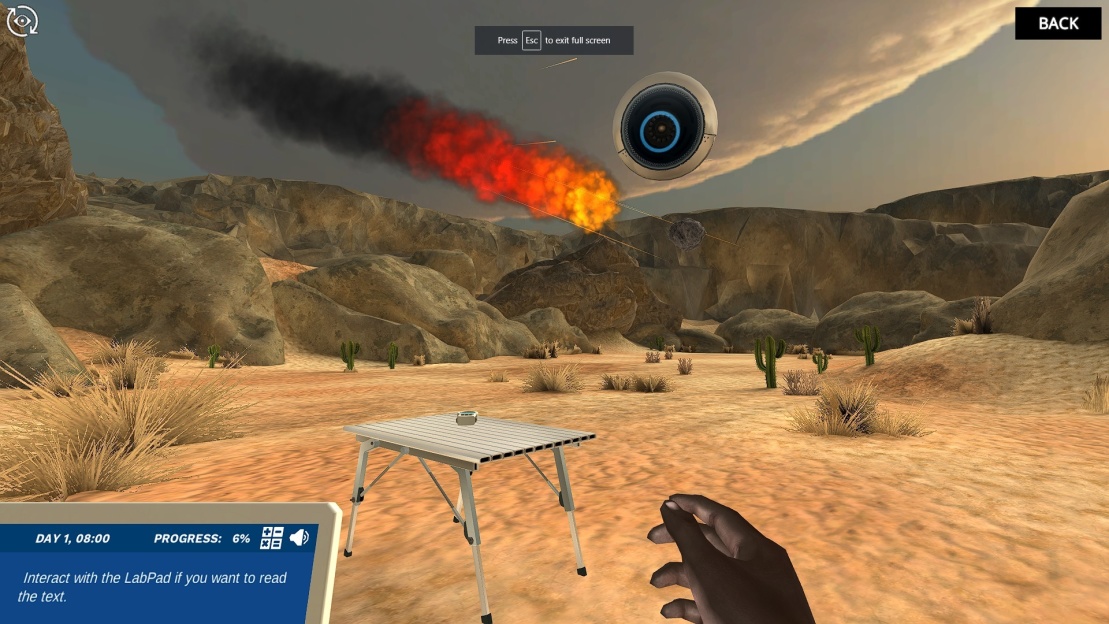 Radiation has huge importance in the modern world. Used in medicine, energy, and the military, its impact on society and the future of science can’t be overstated. After harvesting a radioactive sample from a fallen meteor, you will start with the fundamentals, learning about the atom, stability, and the origins of radioactive decay. You will explore the futuristic lab guided by a pioneer of the field of radioactivity: Marie Curie. You will move on to more complex ideas, such as decay series and half-life. Then apply what you’ve learned and produce a graph to determine the half-life and the identity of your radioactive rock sample.

The simulation opens with a bang as a meteor crashes to Earth. After heading back to the Lab and being introduced to one of the most celebrated radiation scientists - Marie Curie - you build your own nuclei using the Lab’s interactive and futuristic Holo-table.

In our virtual environment, you are able to take a deep dive into the atomic world, and safely see how radioactive decay works. Three animations and minigames enable you to understand the concepts of alpha, beta, and gamma decay in an interactive and fun way. As you’re eager to identify your rock sample, you learn the fiddly topic of decay notation and balancing equations in an engaging way. Decay series Your first test is to track the decay path of a neptunium isotope as it ejects radiation. By playing another minigame, you  discover what happens to radioactive nuclides as they decay, and thereby expand on the idea of decay types. After succeeding in this notoriously tricky task, you move on to a second test, getting to grips with half-life, the last step before being able to identify your sample.

Fear not, Dr. One is here to help you visualize the concept of half-life! By representing radioactive atoms as coins on a desk, this complex and abstract concept becomes  much simpler and tangible, and easier to understand. After plotting the results of the coin-flip experiment on a graph you are presented with one final task. You must deduce the half-life of your sample, and thereby its identity, before you can proudly report your findings back to Madame Curie! 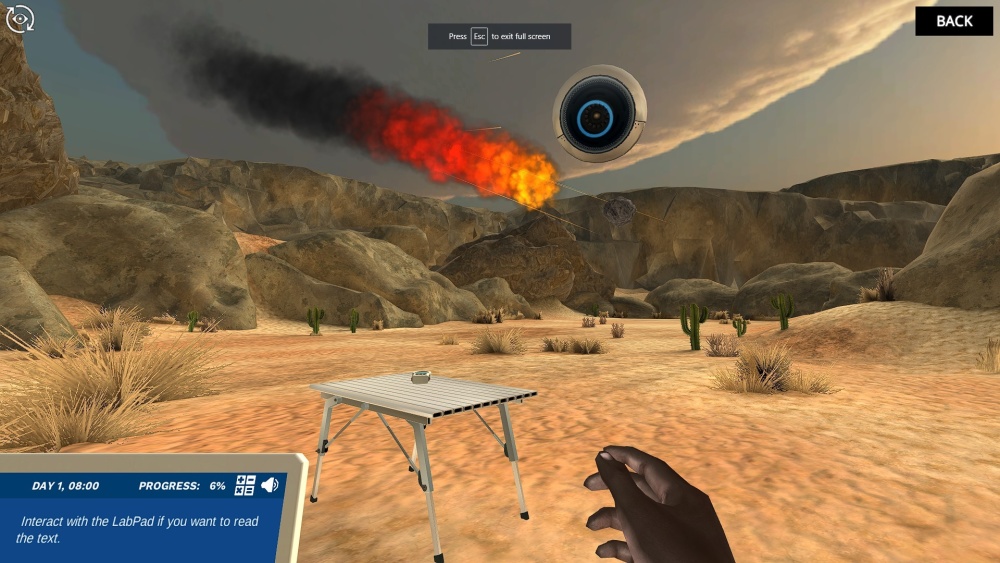 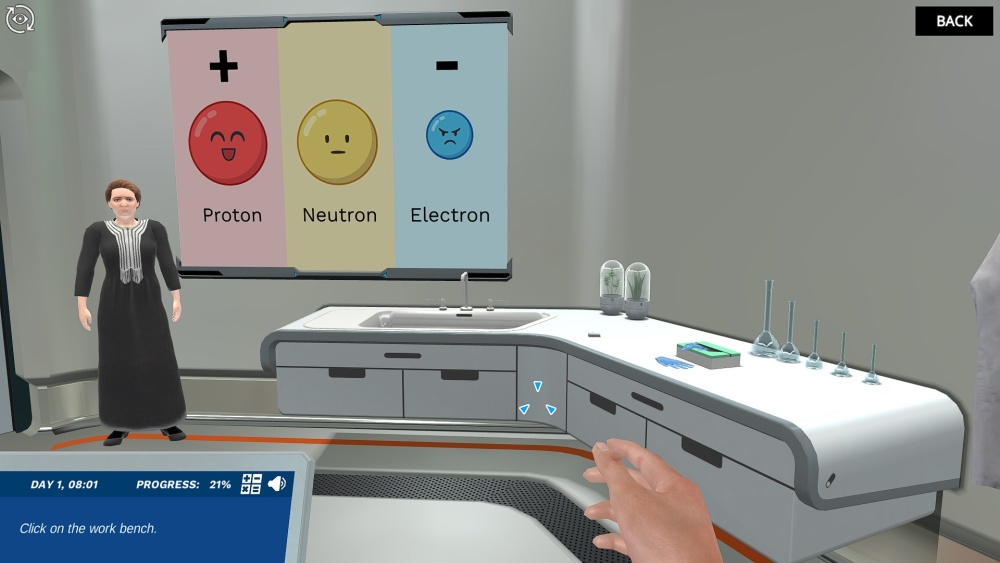 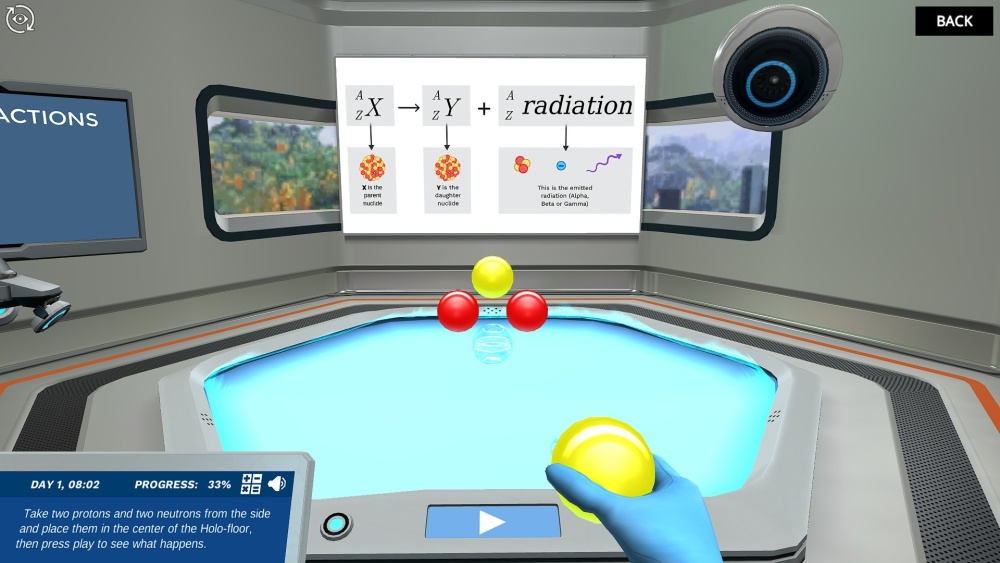 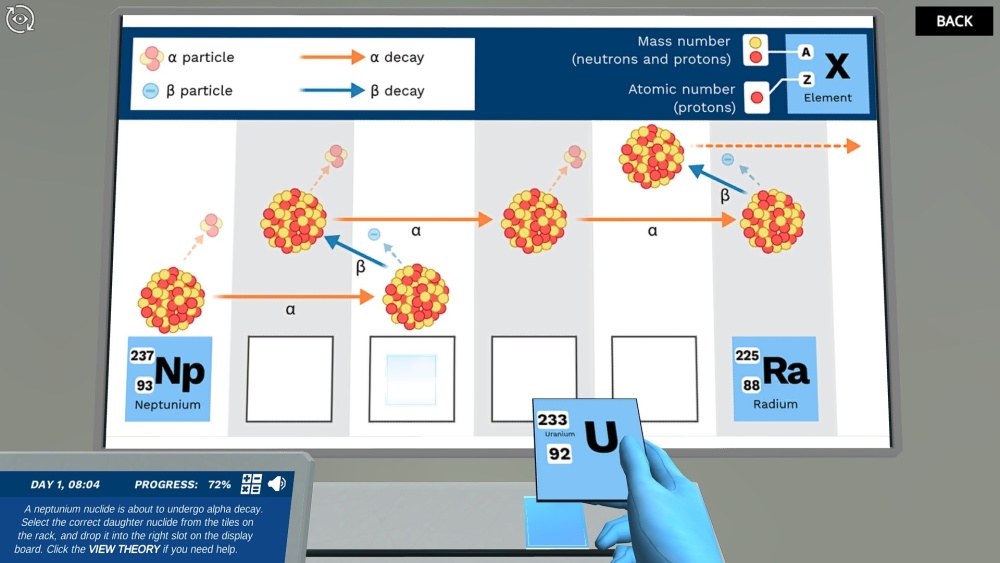