Kepler's laws: Explore the orbits of other worlds 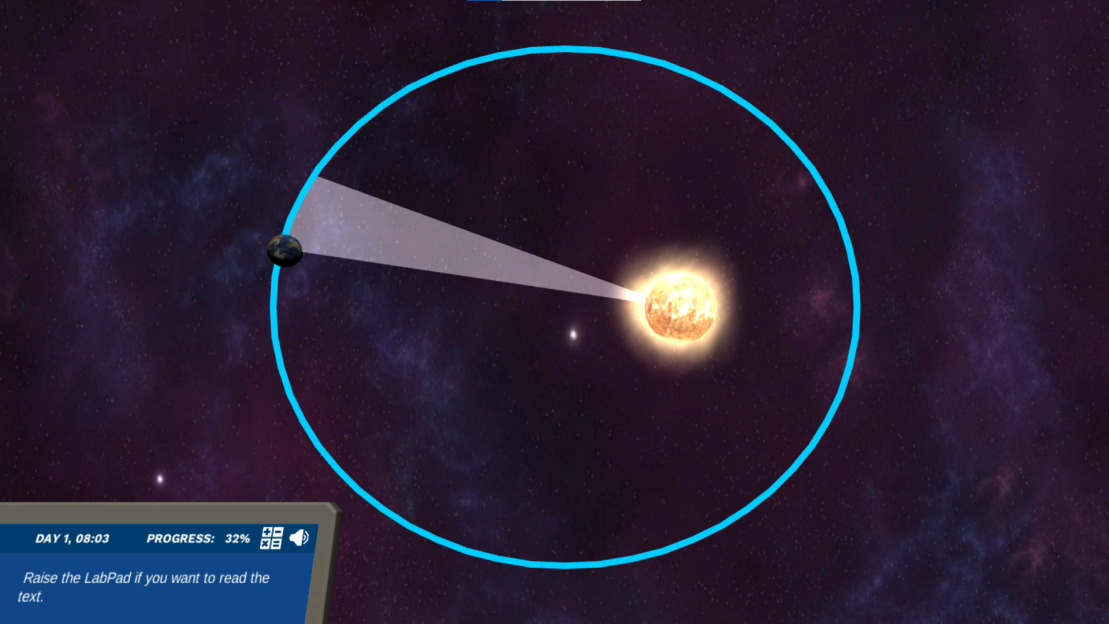 Captain, the mysteries of the Astakos planetary system await us! In this simulation, you will learn about the orbits of celestial bodies through Kepler's laws of planetary motion. Join the search for life in new worlds and learn about the shape of orbits, about how a planet’s velocity changes along its orbit, and about the relationship between the periods of orbits of different sizes.

Our mission is to search for life in an alien planetary system. The student will experiment with different elliptical orbits to find out which of the orbits in the system correspond to a potentially habitable planet. Next, they will use Kepler's second law to follow their planet of interest closely. Lastly, they will gather data to deduce Kepler's third law and use it to put a geostationary satellite in orbit.

Experiment with orbits and satellites

Students will manipulate ellipses to analyze different planetary orbits. They will observe and think critically about Kepler’s second law to predict the motion of the planet of interest. Lastly, they will put their own satellite in orbit with an interactive simulation, obtaining a hands-on experience of Kepler’s third law only a virtual lab can deliver.

This simulation contextualizes scientific knowledge and incorporates it into an immersive and exciting storyline.

At the end of the sim, you will use your knowledge of Kepler’s laws to launch a geostationary satellite and take a picture of an exoplanet’s surface. What wonders will we find in this new world? 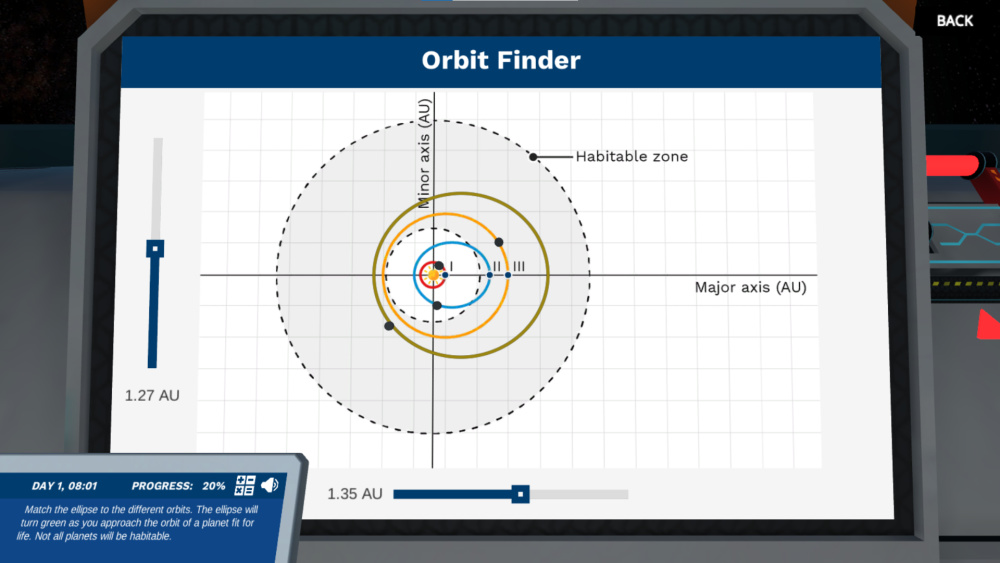 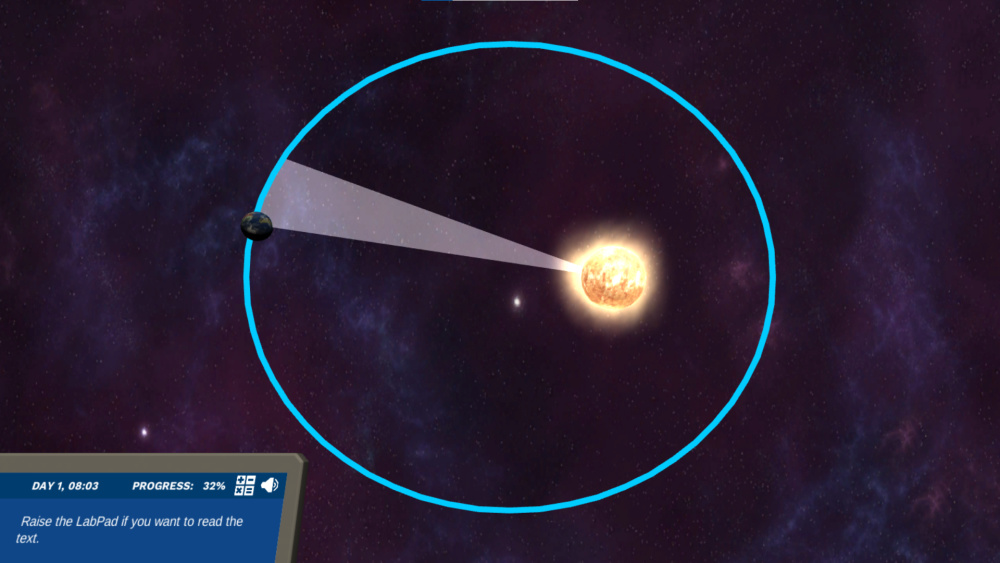 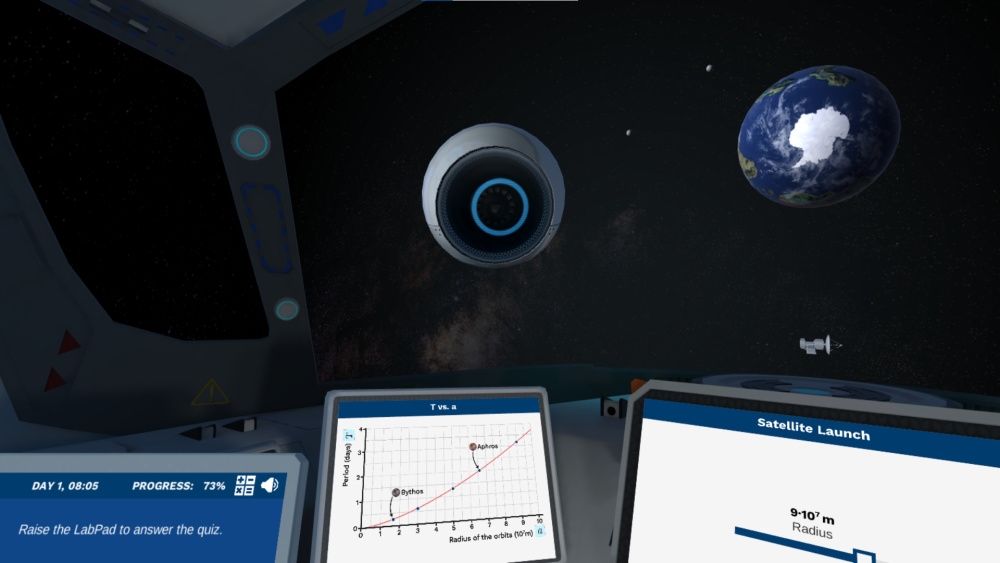 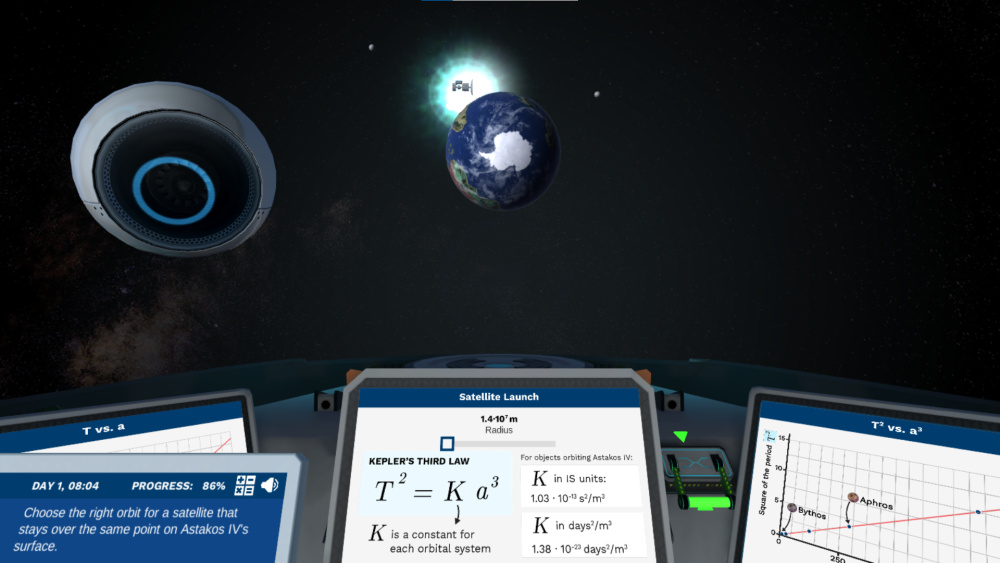