Join Newton in his garden and take a spaceship ride to explore gravity in space. Learn the meaning of each term of the equation of the universal law of gravitation and use it to predict the gravitational attraction between two bodies.

Playing with planets and stars has never been so easy. Dr. One will welcome you to a virtual lab on a spaceship where you’ll have high-tech buttons to play with. They’ll allow you to change the properties of celestial bodies with a simple click and visualize the effect of each term of the gravitational equation. But that’s not all. Have you ever wondered what would happen if the gravitational constant was not part of the equation or why planets don't fall into the Sun? Press play and find out.

The story goes that it was an apple that gave Newton his idea of ​​universal gravitation. What if the gravitational force was not just affecting just apples or terrestrial objects, but also causing planetary motion? Luckily, we can go to space with our spaceship and find out. Up there, we will change the properties of a planet and a star to understand what affects the gravitational force. Afterwards, we will play a card game to build up the gravitational equation and test it on Earth.

Let’s investigate how the terms of the equation are related

Time to try our gravitational equation on Earth

Let’s go back to Earth and test if our equation can describe the gravitational attraction between two objects. Here on Earth, we will learn how the gravitational force would look like without the gravitational constant in the equation. With the support of Dr. One and Newton we will understand how important G is.

Also, have you ever shot someone into space with a cannon? If not, playing this simulation will allow you to do it. We will set up the perfect experiment to make possible what Newton had only imagined. We will test if his law of universal gravitation is also responsible for planetary motion. 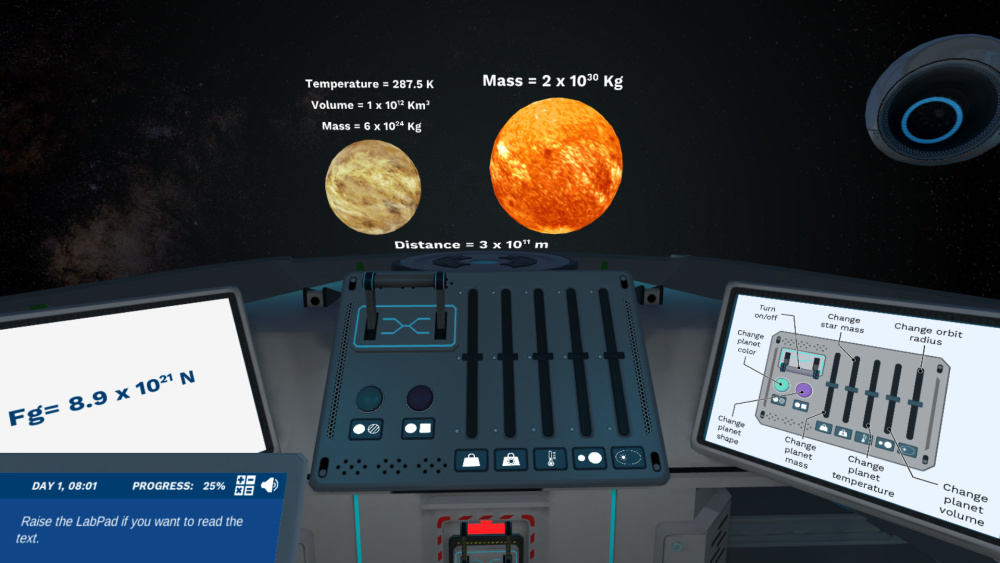 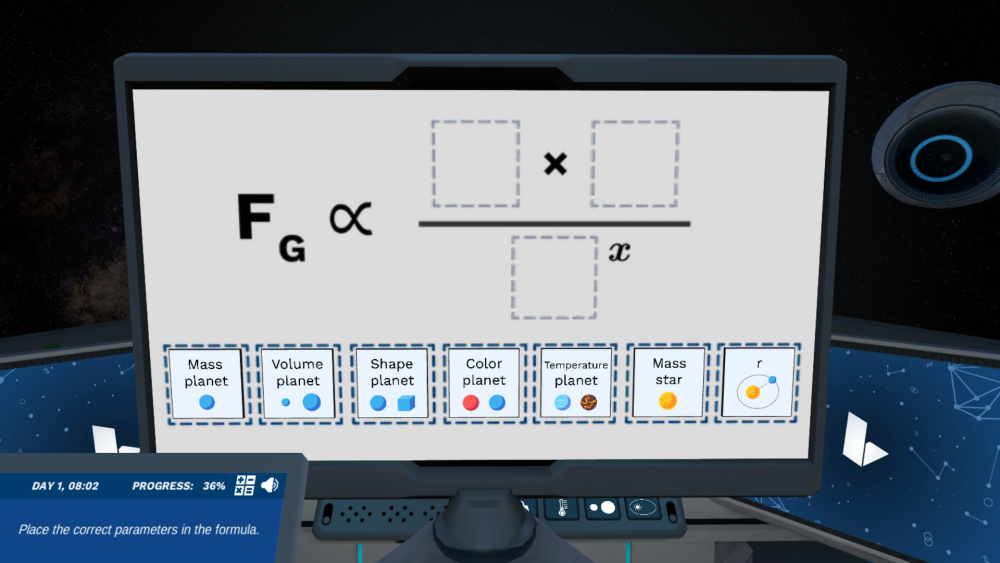 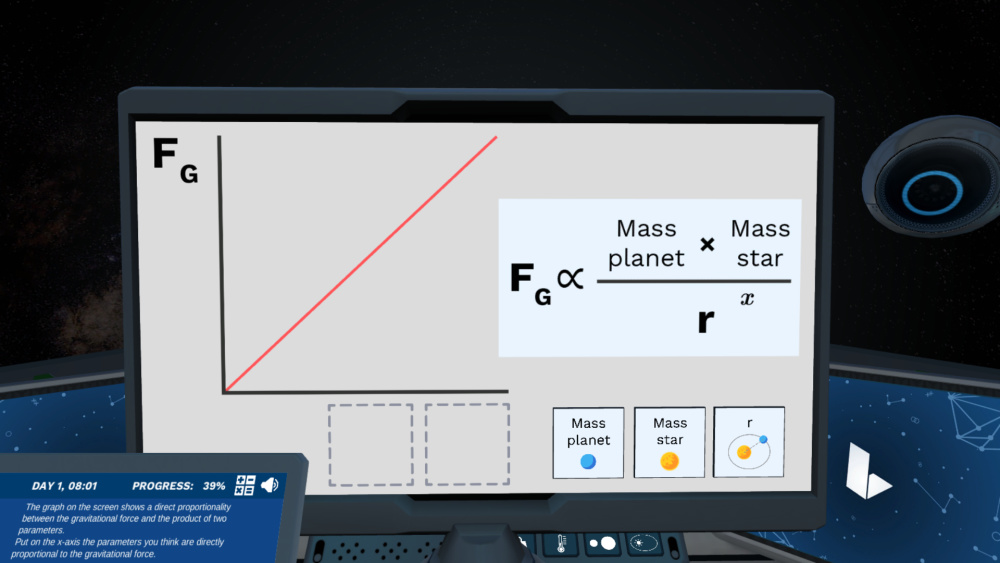 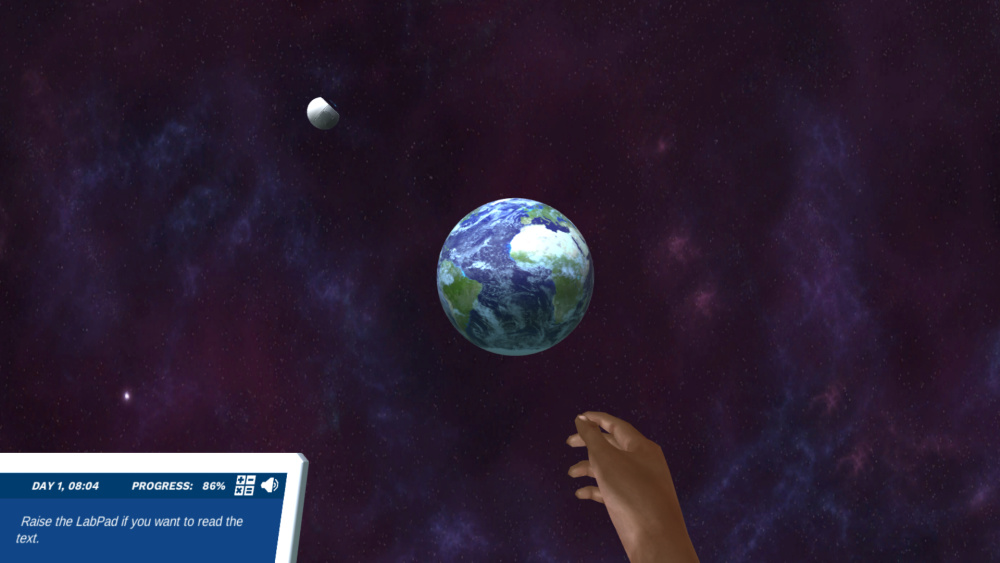