Travel through time and space to help Newton remember his second law. Use this physically realistic simulation to experiment with forces and masses, and observe their effects on acceleration and velocity. 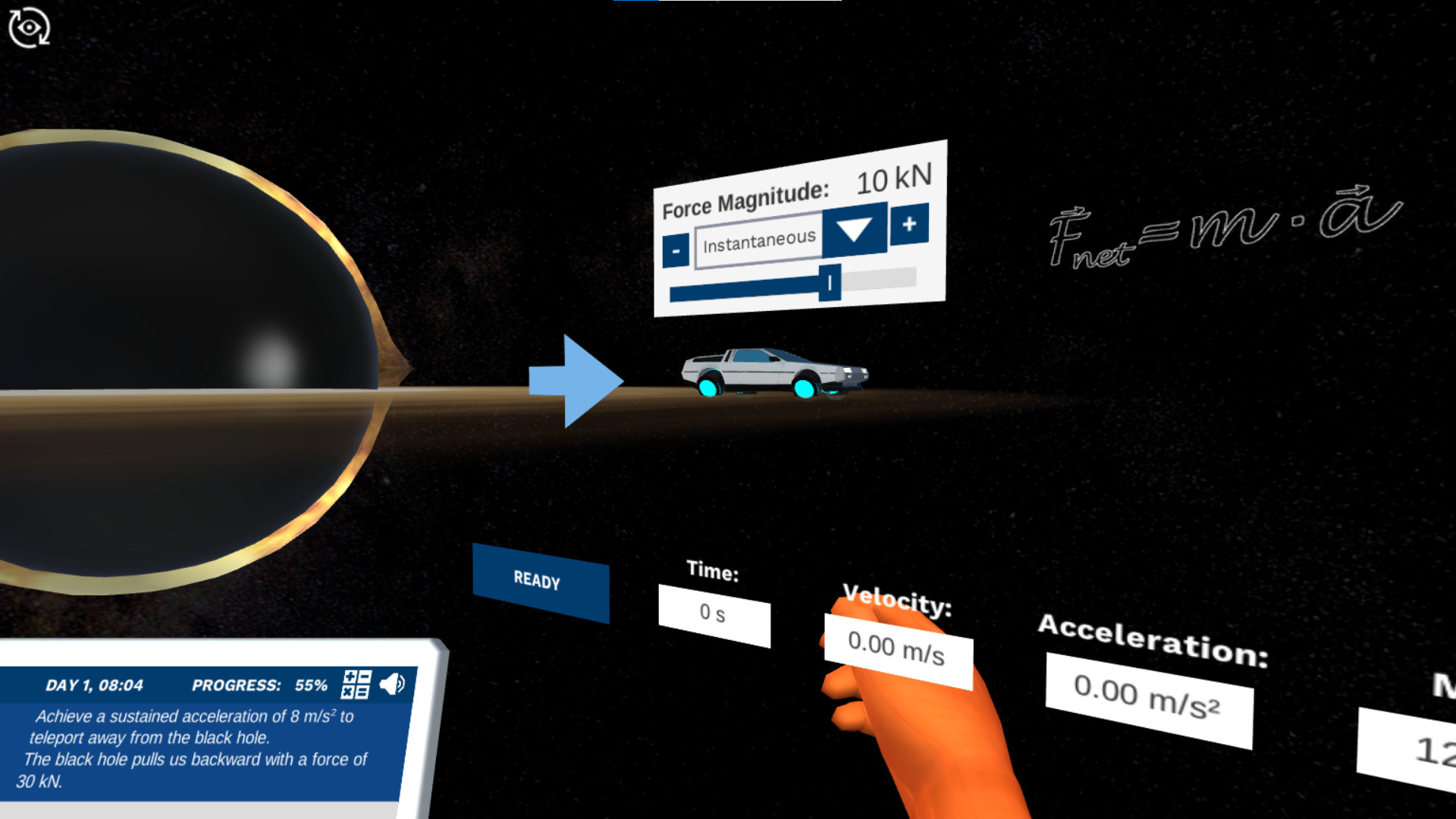 Newton's second law of motion describes the true power of forces. In this simulation, you will learn about Newton's Second Law: the relationship between the forces that act on a body, that body's mass, and its acceleration.

In this sim, you will help Newton regain his memory of his second law of motion by applying forces on a body with adjustable mass to control its acceleration and produce different kinds of motion. Includes experimentation tasks and directed challenges that require the student to take the effects of added forces into account or produce a specific motion.

To this end, we present the student with a variety of interactive physical scenarios (including scenarios with and without friction and with and without additional forces to balance) and plenty of opportunities to play with the physical parameters (including constant and instantaneous forces, a wide range of force magnitudes, exchangeable masses and friction surfaces.) well integrated into a motivating narrative.

In the end, you will have rediscovered Newton's second law of motion alongside him in all of its nuance. Will you be able to unlock the power of forces?