5 Ways to Get Students Energized About Cellular Respiration

5 ways to get students energized about cellular respiration

However, the body can’t make use of the energy it receives in the ‘currency’ of, say, chocolate, pasta, or pizza. Cells need to ‘exchange currencies’ by converting the energy from food into useful energy.

Cellular respiration is how the cell breaks down food molecules like glucose and captures their energy in molecules called ATP. ATP, the ‘currency’ the cell can use, is then broken down to power the cells’ business like building proteins, contracting muscles, or multiplying.

Learning about cellular respiration gives students insight into the intricate molecular-level details that keep them alive each day. As such an important process, you’d expect it might fill students with a sense of awe. However, the reality is often that the topic instead fills students with dread, and it can also be tricky for teachers to teach.

Read on for some thoughts on why this can be a daunting topic for teachers and students alike, five suggestions to help change that, and thoughts on why a virtual lab could make things easier.

Why cellular respiration can be tricky

There are three reasons in particular why cellular respiration can be difficult, even for the most diligent of students.

Since cellular respiration occurs at the molecular level, you can’t see or feel it. Not being able to visualize the processes, and not seeing their relevance to the real world can make studying it demoralizing, and make it hard for students to stay motivated.

There are a multitude of steps to cellular respiration. Often, course curricula require detailed knowledge of the main stages: Glycolysis, pyruvate oxidation, the citric acid cycle and oxidative phosphorylation. Rote memorization of the intricacies of each step can be overwhelming, boring, and very time consuming to some students.

Cellular respiration takes place through a series of elegant enzyme-powered steps, producing a total of 38 molecules of ATP at different stages throughout. In textbooks you might find complex diagrams like the two examples below. Complete with curly arrows pointing in all directions, and long molecule names that might as well be in a foreign language like “glyceraldehyde-2-phosphate dehydrogenase”, it’s not always easy to follow the logic of what’s going on.

With these points in mind, here are five things you can consider introducing into your cellular respiration lessons to make them more engaging, approachable and enjoyable to teach for you and to learn for your students.

People love stories. One way to build up a story is by revolving it around truthful tales of how specific scientists struggled in acquiring the information that the students are learning. As well as increasing interest, this can give students valuable insights into the nature of research and the sometimes messy, human side of scientific discoveries.

Here are the stories of two men who played a part in the quest to find out how cellular respiration works in the not-so-distant past. Both were key players in piecing together the puzzle, and both won Nobel prizes for their efforts, but both also had their share of rejection along the way. 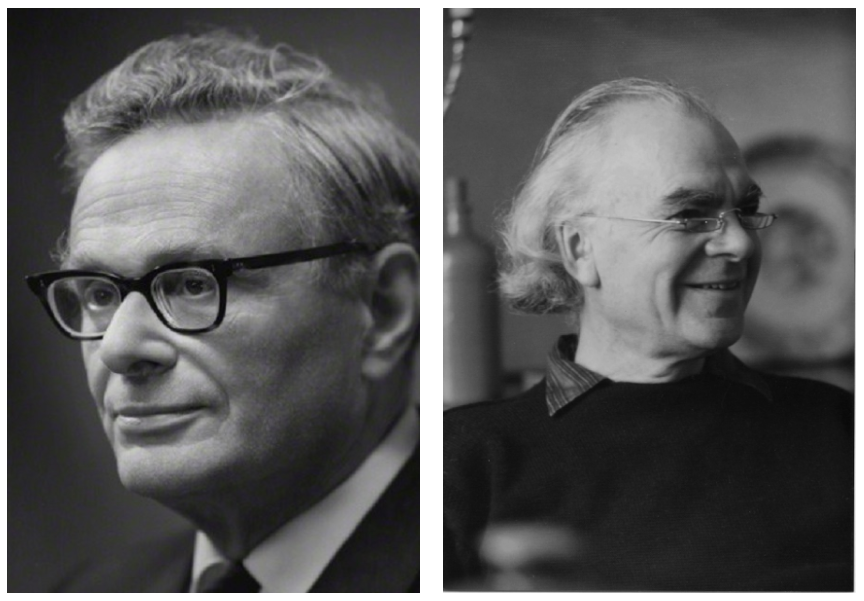 Sir Hans Krebs, pictured on the left, considered himself to be very lucky. Firstly, he was lucky in his personal life, as a Jew who managed to escape Nazi persecution. Secondly, he was lucky in his scientific career. A number of chance encounters led Krebs to go on to make a discovery that made him one of the most important biochemists in the world. One of these chance encounters occurred in 1925, when a good friend of Krebs happened to be invited to a dinner party by Albert Einstein. Among the guests was the esteemed scientist Otto Warburg. Kreb’s friend happened to start talking about how great Kreb’s was at the party, and Warburg overheard. This led Warburg to offer Kreb’s a position in his research lab.

Krebs learned valuable techniques from Warburg, who he described as the most remarkable man he had ever met, and brought all that he had learned with him when he later moved to a lab in Sheffield, England. This was where he made the breakthrough that would go to change his life.

When working with some mashed-up pigeon breast tissue, suspending it in a solution and measuring its metabolic activity, Krebs realized that adding a salt of citric acid made the tissue ‘live’ for longer. This information, together with some other experiments, allowed him to piece together a cycle of chemical reactions that make up a key part of cellular respiration. Today, we know this cycle as the ‘Krebs cycle’, or citric acid cycle.

Krebs wrote up his findings in a paper and submitted it to the major scientific journal Nature. However, five days later he was given the news that the paper had been rejected!

Thankfully, the paper was later accepted by a Dutch paper called Enzymologia, and led to him being awarded the 1937 Nobel prize for physiology or medicine.

Peter Mitchell and the ‘ox-phos wars’

The man pictured on the right is Peter Mitchell. Peter Mitchell was an eccentric British biochemist who published the so-called ‘chemiosmotic theory’ in Nature in 1961. In short, this paper proposed a mechanism of the generation of ATP through the electrochemical properties established in certain biological membranes.

At the time, what Mitchell suggested in the paper was considered a radical suggestion, and some scientists were infuriated by the idea as it went against their fundamental biochemical understanding. He received hostile rejection from his peers, leading him to renovate his country house into a lab where he could work independently on the theory he believed in.

In the 17 years that followed Mitchell submitting his paper, there was much dispute about it. These are now referred to a “the ox-phos wars” (after “oxidative phosphorylation,” the mechanism of ATP synthesis in respiration).

Now, however, chemiosmotic theory has gained widespread acceptance, and eventually, Mitchell was awarded a Nobel Prize in Chemistry in 1978. Although even today some parts remain under dispute, Mitchell’s discovery marked what is often called a paradigm shift in the scientific understanding of cellular respiration.

Telling the stories of the scientists behind the science is one way of ‘humanizing’ it. But “What does this have to do with me?” or “When will I ever use this in real life?” are still questions commonly asked by students. Showing students the real-world applications of a topic can pique their interest, and motivate them by showing them why what they are learning matters.

For example, students might be interested in learning that when they exercise, it’s the lactic acid produced in cellular respiration that causes their muscles to hurt, or that they switch from anaerobic and aerobic respiration depending on the intensity and duration of their exercise.

Alternatively, explaining what happens when cellular respiration goes wrong could help students to see why it is so important. Cellular respiration defects can cause a number of morbid conditions, from unusual genetic diseases like the energy-sapping Leigh’s syndrome, to diabetes, cancer and Parkinson’s, as well as to the normal aging process. Similarly, cyanide, the famously fast-acting poison often featured in murder mysteries or crime novels, kills victims by inhibiting one of the key enzymes in cellular respiration.

When a topic is as complex and abstract as cellular respiration, making it visual can make all the difference.

Colorful animations, like the one in the GIF below, can bring the otherwise invisible concepts to life by providing a representation of the chemical reactions at a molecular level. This allows students to attach what they learn to a mental picture and develop a more authentic understanding of the otherwise abstract processes.

An interactive animation of the mitochondria from Labster’s virtual laboratory on cellular respiration, which is also available for introductory/high school level classes.

Visualizations can be a huge help in understanding mechanisms, but when it comes to learning all the chemical names and their orders for an exam, there are few ways to get around it but rote memorization.

The following five memory aids can help your students save time and clear up areas of confusion, or even better, encourage them to make their own. In general, the more ridiculous the memory aid, the more likely it is that you won’t forget them when you really need it!

A unique way to teach cellular respiration is through a virtual laboratory simulation. At Labster, we’re dedicated to delivering fully interactive advanced laboratory simulations that utilize gamification elements like storytelling and scoring systems, inside an immersive and engaging 3D universe.

Learn more about the cellular respiration simulation here or get in touch to find out how you can start using virtual labs with your students.