Explore the atomic model, absorption and emission spectra, and how they reveal information about stars in galaxies far far away.

Did you know that there are approximately 7 billion billion billion atoms in a grown human body? That number is higher than the estimated number of stars in the observable universe! In this simulation, you will investigate the atomic models and discover what unique properties they possess that allow us to study the universe.

Explore the history of the atom

To understand our surroundings, we must first understand its smallest building block, the atom. Embark on a journey that stretches from ancient Greece until today and learn how our understanding of the modern atomic model came to be.

Explore the Bohr and Quantum atomic models on the holographic table to learn about their similarities and differences. You will learn why the bizarre nature of electrons led scientists to come up with the concepts of the four atomic quantum numbers.

Use your knowledge to help an astronaut

Get hands-on experience in an engaging minigame, where you interact with electrons to help an atom absorb and emit energy. Armed with the knowledge from all the previous learning activities, you will use the collected absorption spectra of a newly discovered star to analyze what elements it is composed of.

Will you be able to determine the atomic composition of a star?

Explore the atomic model, absorption and emission spectra, and how they reveal information about stars in galaxies far far away. 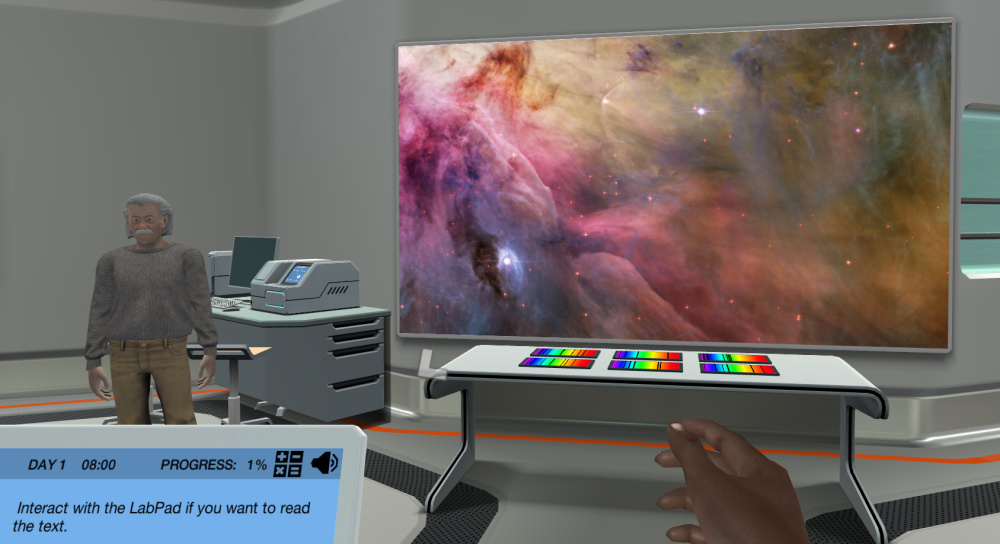 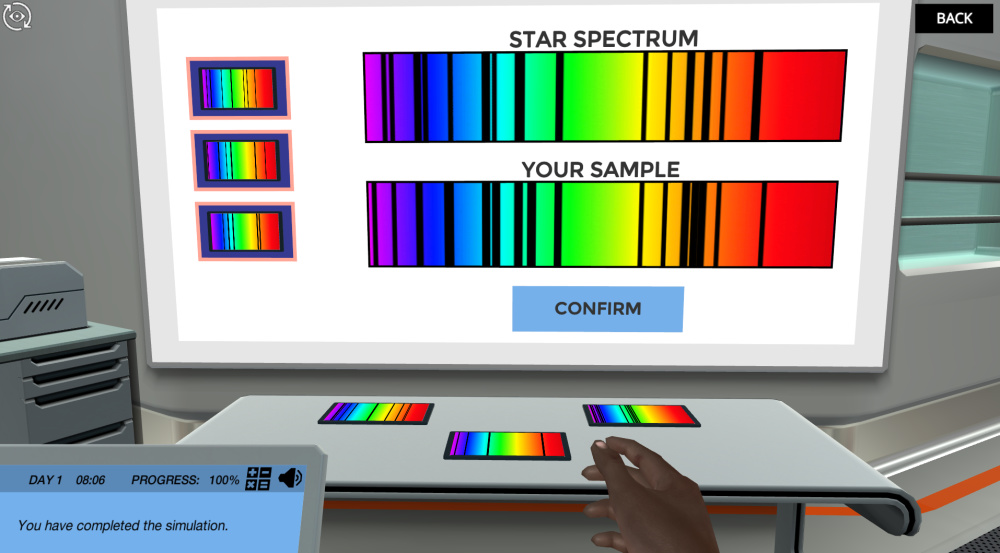 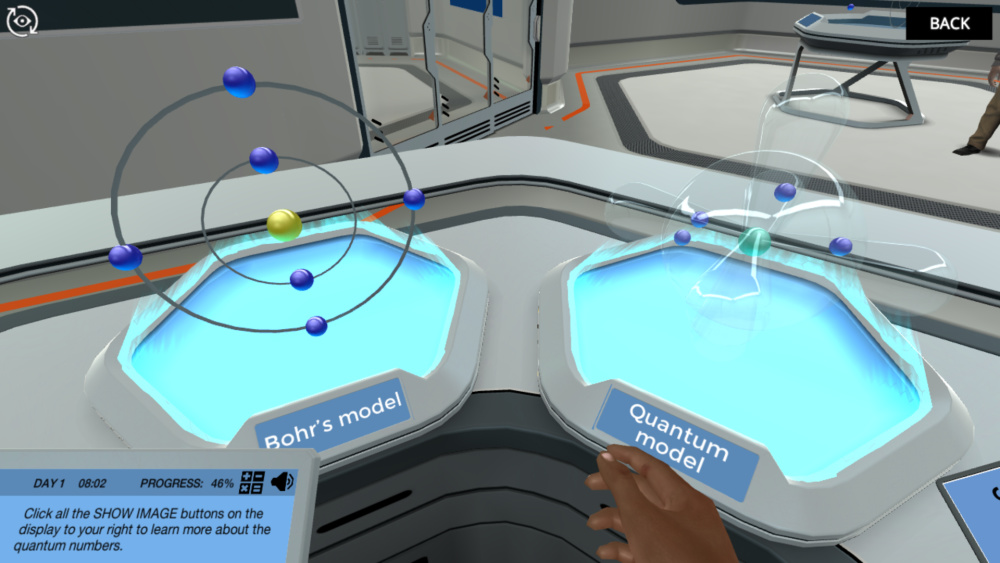 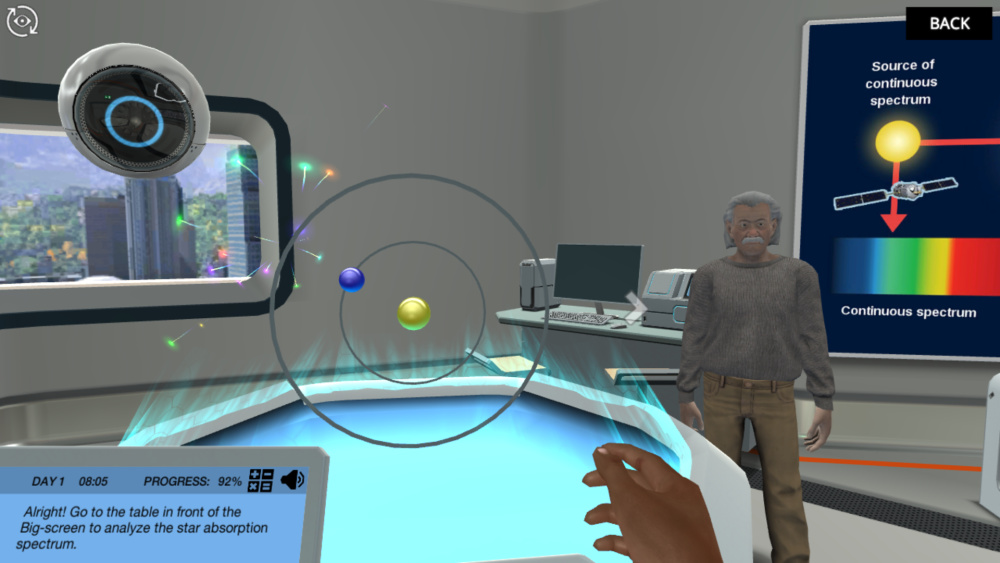