Learn the techniques and application of Polymerase Chain Reaction and Gel Electrophoresis. Explore a real-world application, such as analyzing unique genetic fingerprints to solve a murder case. 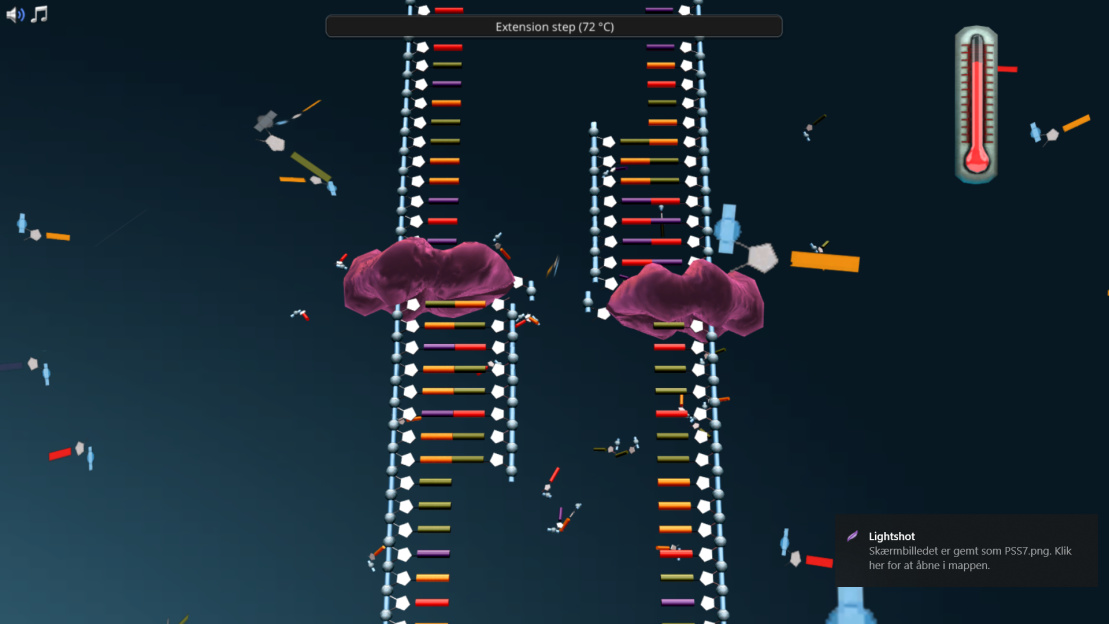 In the Polymerase Chain Reaction (PCR) simulation, you will be thrown right into a crime scene where a murder has taken place. After investigating the crime scene, your first task is to collect blood samples in the hope that the murderer has left traces of their DNA.

After sampling, you will go to the lab to isolate and analyze the sample of DNA you collected. By using a PCR kit, a thermocycler, and the purified DNA from the crime scene, it is up to you to mix the correct reagents and perform the PCR experiment.

See the structure of DNA and its replication up close

A 3D animation will show the PCR experiment at the molecular level, illustrating the structure of DNA and its replication. Quiz questions will be asked throughout the experimental process, as well as at specific steps of the PCR itself.

In the PCR simulation, you will look at collected and other prepared samples from the suspects on a gel and then compare the patterns that emerge.

Will you be able to identify the murderer? 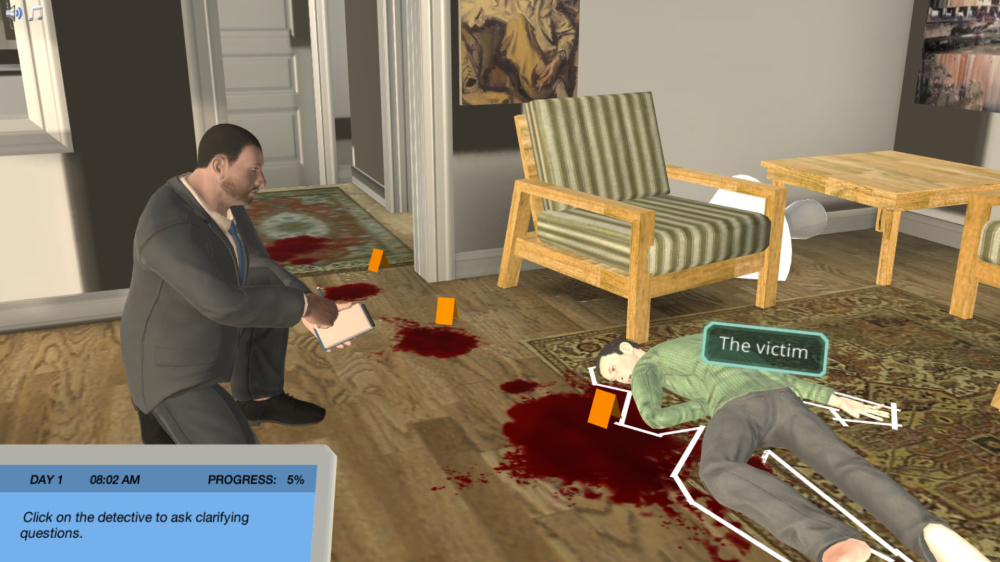 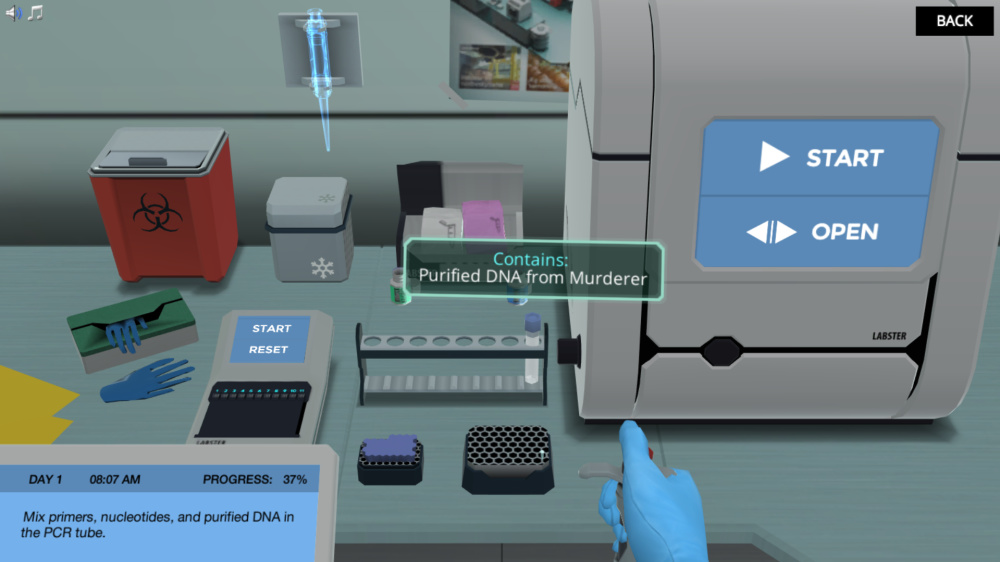 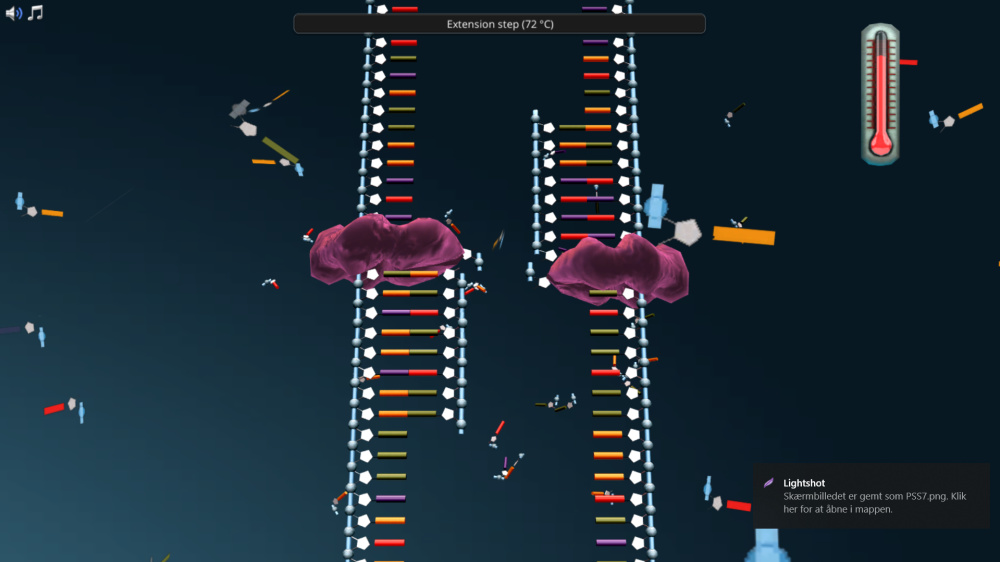 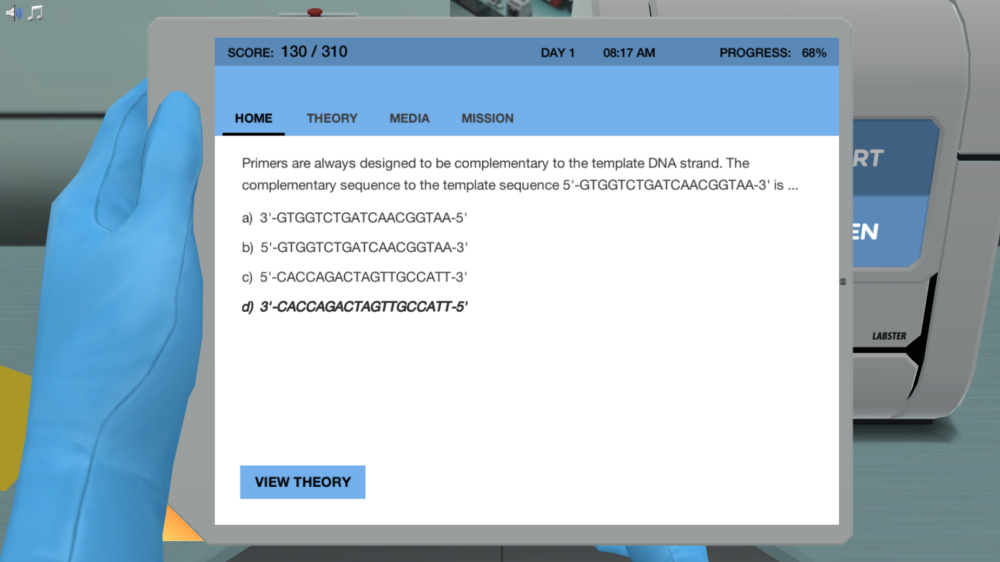